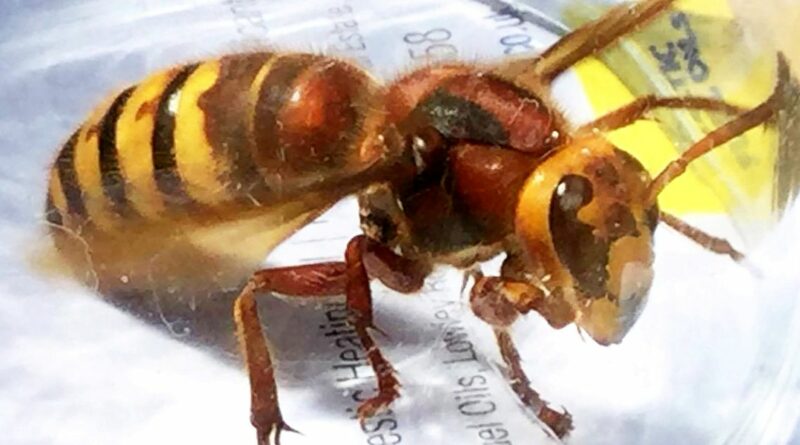 Killer Asian hornets will swarm the UK in greater hordes than ever before, experts have warned.

Nearly as many queens of the invasive species have already been spotted in Jersey this year as the most ever recorded over 12 months.

Crucially the Channel Island has previously proven to be a key battleground in keeping the invasive species out of mainland Britain.

So far a total of 63 queens have been observed in 2021, 38 of which were reported by members of the public, and the other 25 had been caught in traps spread around the island.

The previous highest recorded number came in 2019 when 69 were found.

The insects, which first appeared in Jersey in late 2016, could be devastating to Britain's native bee population.

A hornet’s sting can kill a person who is allergic to them, and one hornet can eat 50 bees in a single day.

"So with the increase in trapping and the help from the public it stands to reason that we would find more. I am hoping that we have caught a greater proportion of the queens this year and that the number of nests won't be as high."

Six nests have also been spotted so far this year, which is down from the same period in 2019.

Mr Christie added: "I am optimistic that we are doing a good job of catching the queens."

Towards the end of April this year Mr Christie explained harsh winds had blown the hornets into Jersey from France.

He said at the time: "We had done an excellent job of mopping up the hornet nests in Jersey.

"But these easterly winds and lots of hornets from France don’t help one bit.

"We feel that the majority of queens that we have found so far are blow-ins from France."