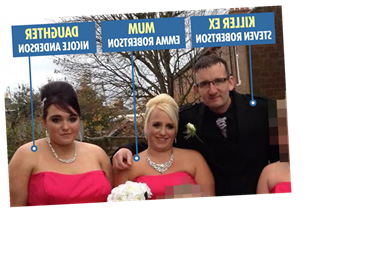 THIS is the evil knifeman who stabbed his ex and her daughter to death in bloodbath blade attacks – before he was killed in a car crash moments later.

Steven Robertson, 40, unleashed the horror knife attacks on Emma Robertson Coupland, 39, and Nicole Anderson, 24, last night before he died in a car crash 12 miles away. 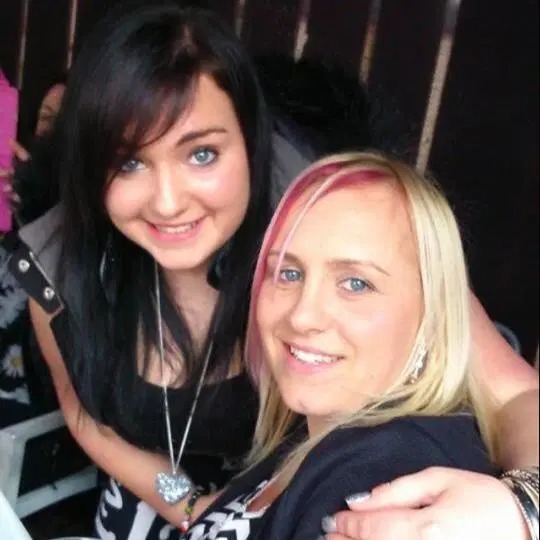 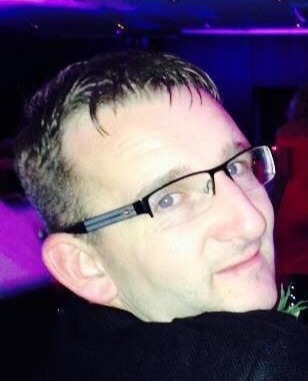 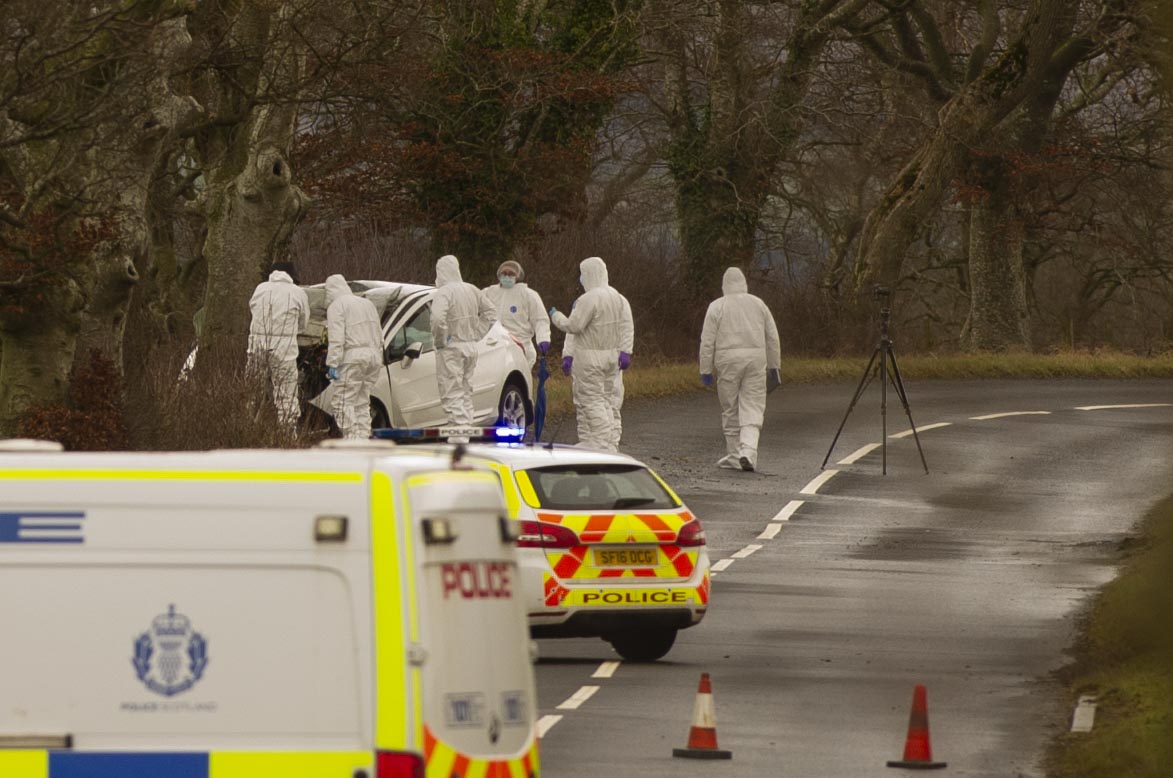 Around 20 minutes later, Robertson stabbed 24-year-old Nicole on Portland Street in the centre of the Ayrshire town.

She was rushed to hospital but tragically died.

Tributes have now flowed in for Emma and Nicole after the horrific attacks.

One of her daughters, Nicole's sister, said: "Life will never be the same without you".

Nicole's fiancée took to social media to pay an emotional tribute as she revealed she's been left "completely broken". 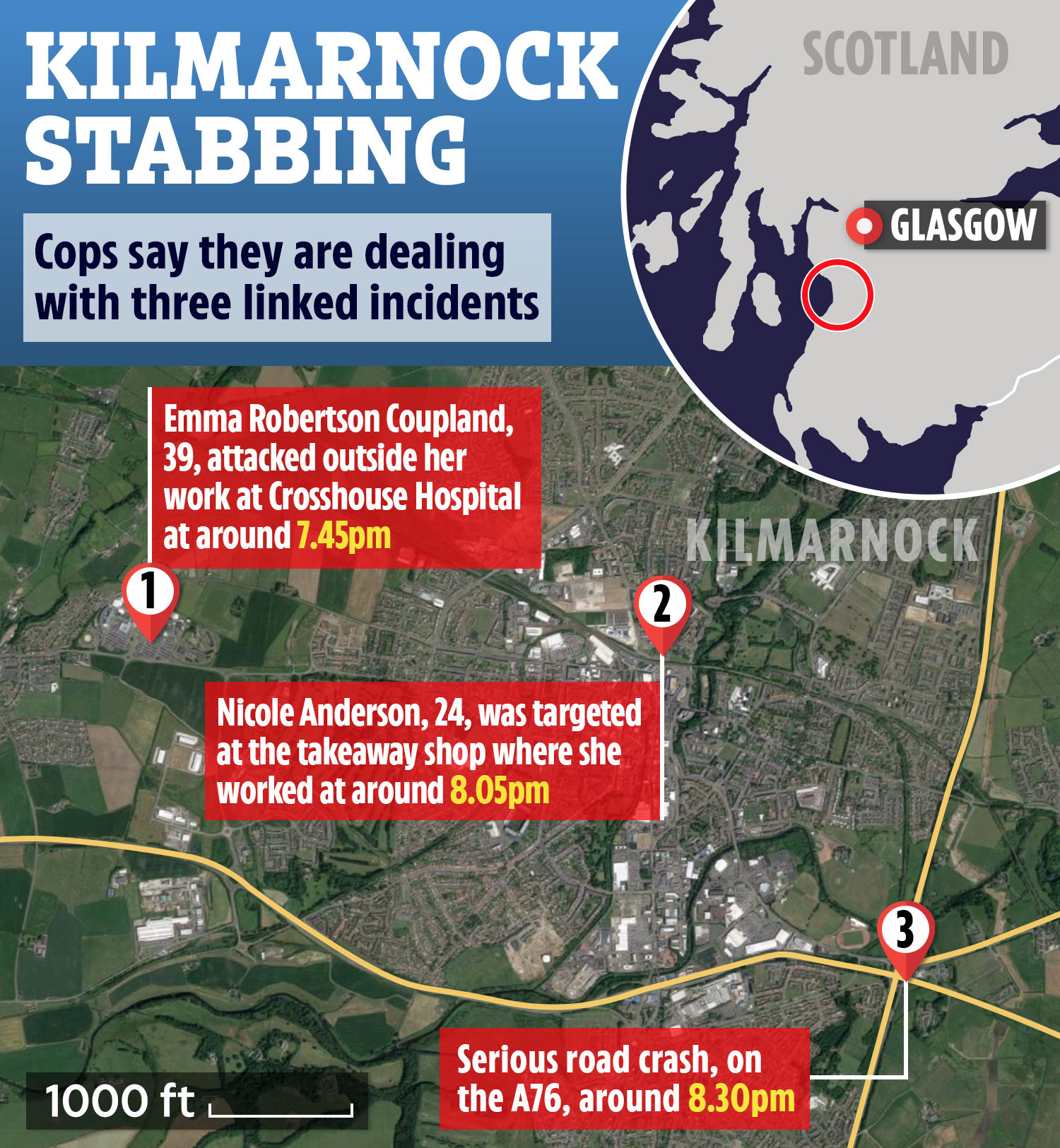 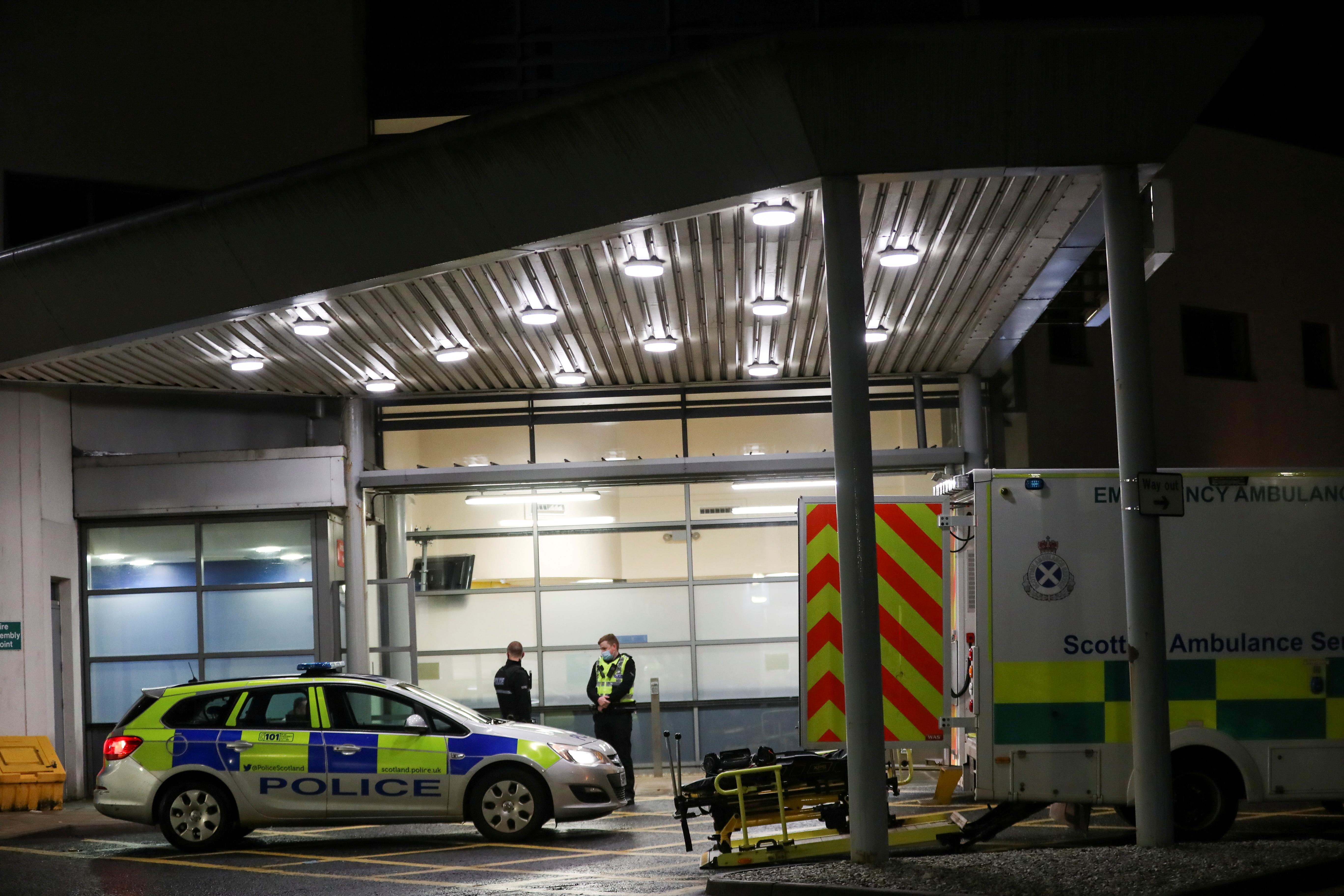 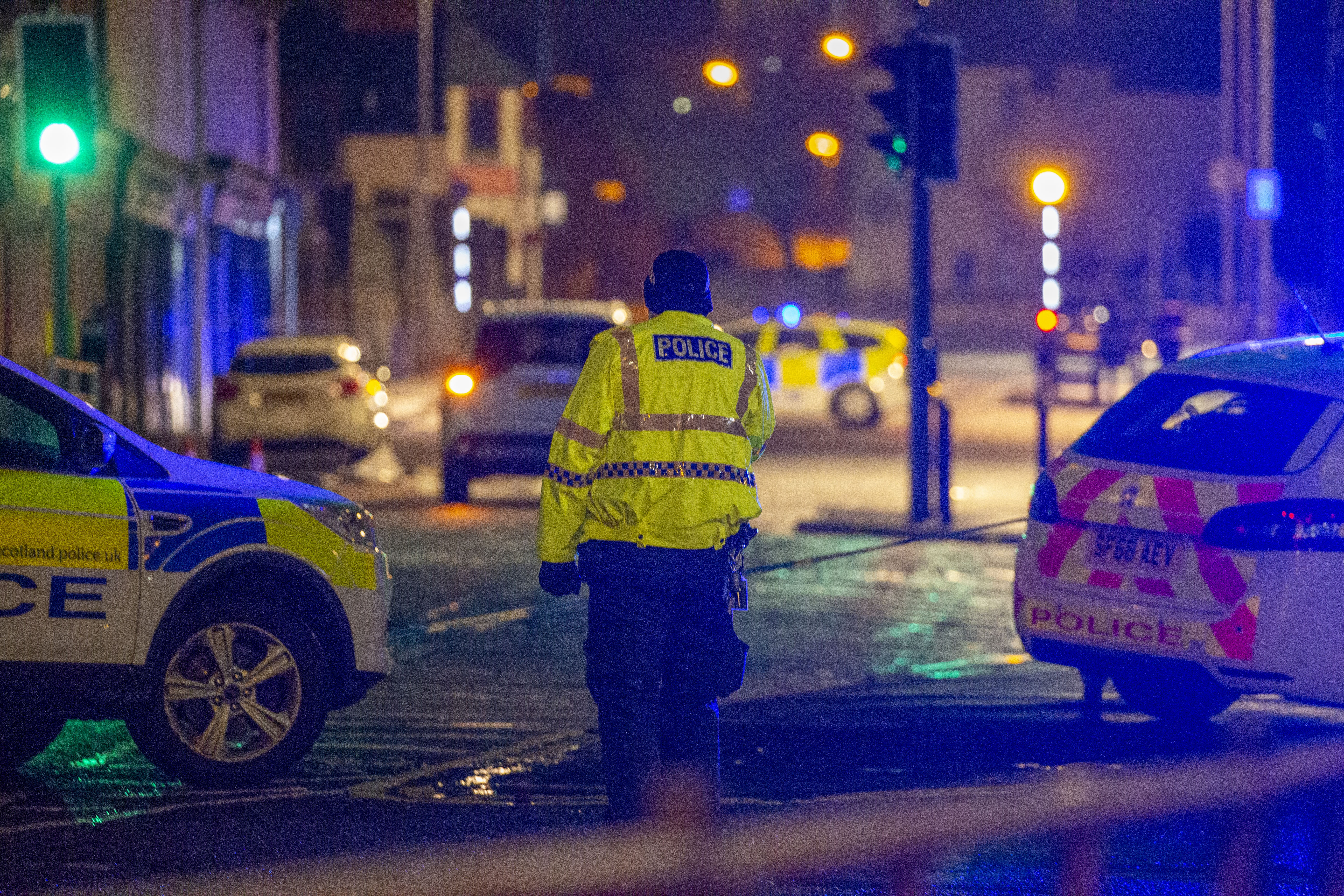 Today, forensics cops were on the scene, near Auchinleck, probing the crash site.

A number of officers in white suits surrounded the car, which was in the grass verge at the side of the road.

A tarpaulin covered the car to shroud it from view before a temporary fencing was put in place across the minor road.

Emergency services had rushed to the scene last night as the first attack unfolded.

Cops locked down Crosshouse and cordoned off a section of the town near the Portland Street viaduct.

Officers were seen running on foot through the town centre as they responded to the serious incidents.

An onlooker described a "very tense atmosphere" as cops locked down an area around the viaduct.

Nicola Sturgeon and John Swinney both expressed their sympathies with Emma and Nicole's loved ones.

They also thanked emergency workers for their response.