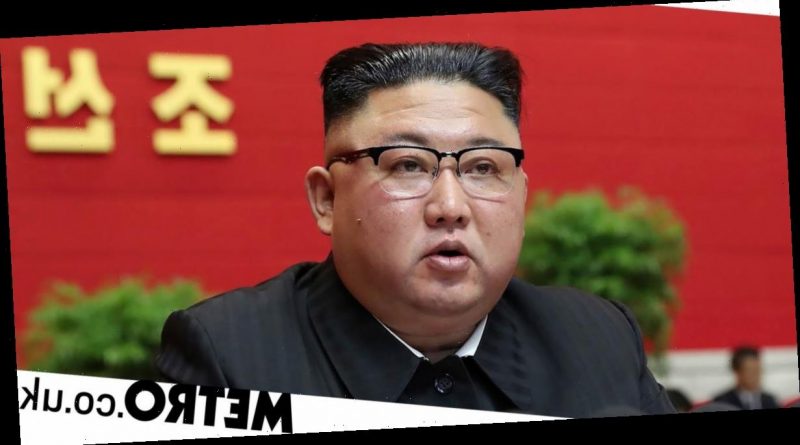 North Korean leader Kim Jong-Un has opened his first party congress for five years by admitting that almost none of the goals he set in 2016 have been achieved.

State media has reported that during his opening speech to the congress on Tuesday, Kim said that ‘almost all sectors fell a long way short of the set objectives’ under a previous five-year development plan.

‘We should further promote and expand the victories and successes we have gained at the cost of sweat and blood, and prevent the painful lessons from being repeated,’ he was quoted as saying.

The Workers’ Party Congress, one of the North’s biggest propaganda spectacles, is meant to help Kim show a worried nation that he’s firmly in control and to boost unity behind his leadership in the face of Covid-19 and other growing economic challenges.

But some observers are skeptical that the stage-managed congress will find any fundamental solutions to North Korea’s difficulties, many of which stem from decades of economic mismanagement and Kim’s pursuit of expensive nuclear weapons meant to target the U.S. mainland.

Kim, 36, is holding the congress, which is expected to last a few days, amid what may be the toughest challenge of his nine-year rule and what he has called ‘multiple crises.’

Authoritarian North Korea is one of the poorest countries in Asia, and the already besieged economy is being hammered by pandemic-related border closings with China, the North’s major economic lifeline, the fallout from a series of natural disasters last summer and persistent U.S.-led sanctions over the nuclear program.

U.S. President-elect Joe Biden, who takes office later in January, will likely maintain the sanctions and avoid any direct meeting with Kim until North Korea takes significant steps toward denuclearisation.

The congress met in Pyongyang to determine ‘a fresh line of struggle and strategic and tactical policies,’ with thousands of delegates and observers in attendance, KCNA reported.

In his speech, Kim described the present difficulties facing his government as ‘the worst-ever’ and ‘unprecedented,’ according to KCNA.

It’s not the first time Kim has been candid about flawed systems and policies. Last August, he acknowledged economic ‘shortcomings’ caused by ‘unexpected and inevitable challenges.’ Also last year he said that North Korea lacks modern medical facilities and that anti-disaster conditions in coastal areas is ‘poor.’