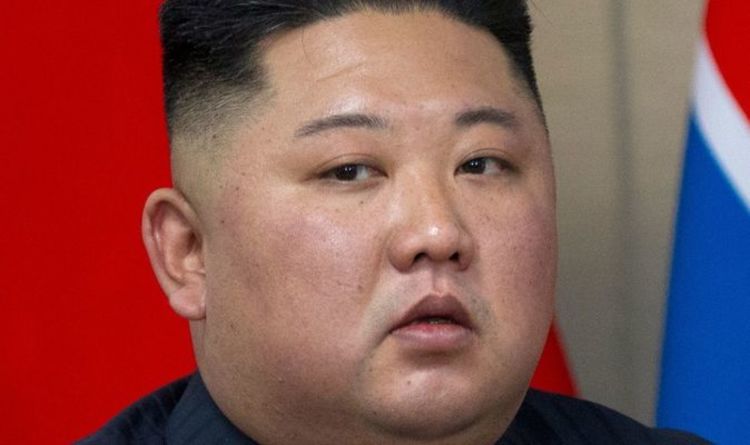 The North Korean Supreme Leader, who celebrated his 38th birthday today, looked noticeably slimmer in photos released by state media in December. Mr Kim was photographed at a key ruling meeting in which he usually makes important policy announcements for the New Year. According to the Korean Central News Agency, the Workers’ Party Central Committee was meeting to decide policies meant to “guide the struggle of our party and people […] to the next stage of victory.”

At the meeting, Mr Kim’s continued weight loss fanned speculation he was suffering from health issues.

North Korean authorities insisted the leader is merely eating less “for the sake of the country” in light of severe food shortages.

In his 10 years as Supreme Leader, Mr Kim’s weight has fluctuated, with him once having allegedly ballooned to 20-stone due to an obsession with Swiss cheese.

Mr Kim’s reported love of cheese stemmed from when he was a student at the private International School of Berne in Switzerland between 1993 and 1998.

Read More: Biden slammed as a failure after ‘chaotic’ Trump

According to a Mirror report, he even has special shipments delivered to North Korea, while he also sent envoys to France so North Korean cooks could enrol on cheese making courses.

Allegedly, Mr Kim even briefly retreated from public life in 2014 after eating too much Emmental cheese.

One expert claimed the leader suffered from gout due to his love of the food.

While attending the anniversary of his grandfather’s death in 2014, Mr Kim was spotted limping.

Speaking to the Mirror, Michael Madden, an expert on the North Korean leadership, claimed: “Based on his gait, it appears he has gout ‒ something due to a diet and genetic predisposition that has affected other members of the Mr Kim family.”

Mr Kim assumed power in 2011, after his father, Kim Jong Il, died of a heart attack.

In the last two years, North Korea’s economy has been obliterated by coronavirus as well as international sanctions due to the country’s nuclear arsenal.

The country is also facing a food crisis after being hit by severe flooding.

According to the UN’s Food and Agriculture Organisation, North Korea was short of 860,000 tonnes of food in 2021.

That is the equivalent of 2.3 months of food use.

At the party meeting in December, Mr Kim pledged to “increase the agricultural production and completely solve the food problem”.

He stressed the production goals were “to be attained phase by phase in the coming 10 years”, according to the North Korean Central News Agency.

In April last year, Mr Kim made a rare admission of impending strife in the nation.

He called on officials to “wage another, more difficult ‘Arduous March’ in order to relieve our people of the difficulty, even a little.”

The Arduous March refers to the country’s famine in the Nineties, after the fall of the Soviet Union.

Last July, the state ordered its citizens to produce their own food, in anticipation of food shortages lasting three years.

Three months later, Mr Kim told North Korean citizens the country’s food supply would be affected until 2025 when it will reopen its border with China.

The two countries closed their borders and suspended all trade in 2020, which cut off food imports and farmer’s access to fertiliser.