The dictator became the first North Korean leader to cross the heavily-armed line dividing the two countries since the Korean war ended 65 years ago.

The smiling leaders, who seemed on the brink of war months ago, shook hands as each stood either side of the military demarcation line dividing the Koreas.

In a sign of unity, Kim invited Moon to cross briefly north with him before they returned to the southern side ahead of Friday's peace summit.

Moon then grasped Kim's hand and led him along a red carpet into South Korean territory, where a military guard stood for inspection and they watched a performance of arirang – a traditional Korean folk song in both nations.

As well as talks on nuclear weapons, the pair are set to plant  a commemorative tree, inspect an honour guard and enjoy a lavish banquet. 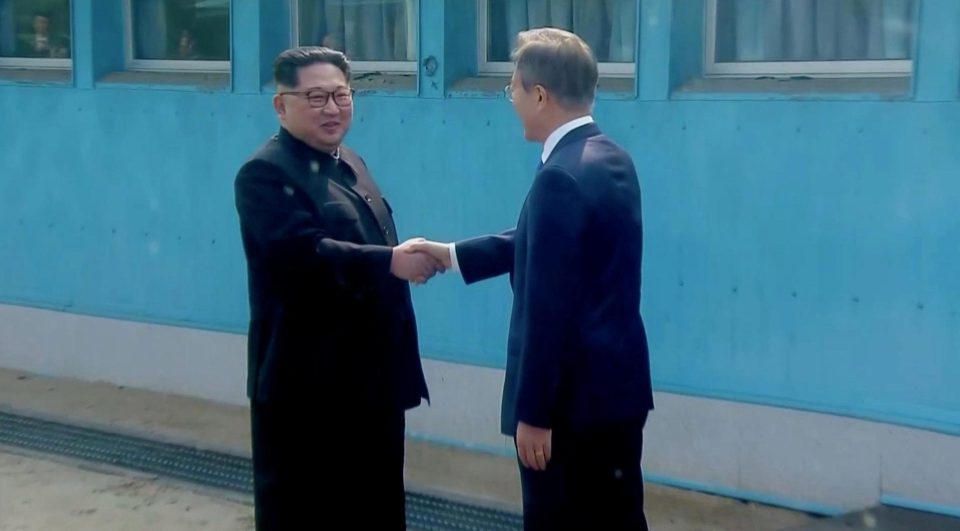 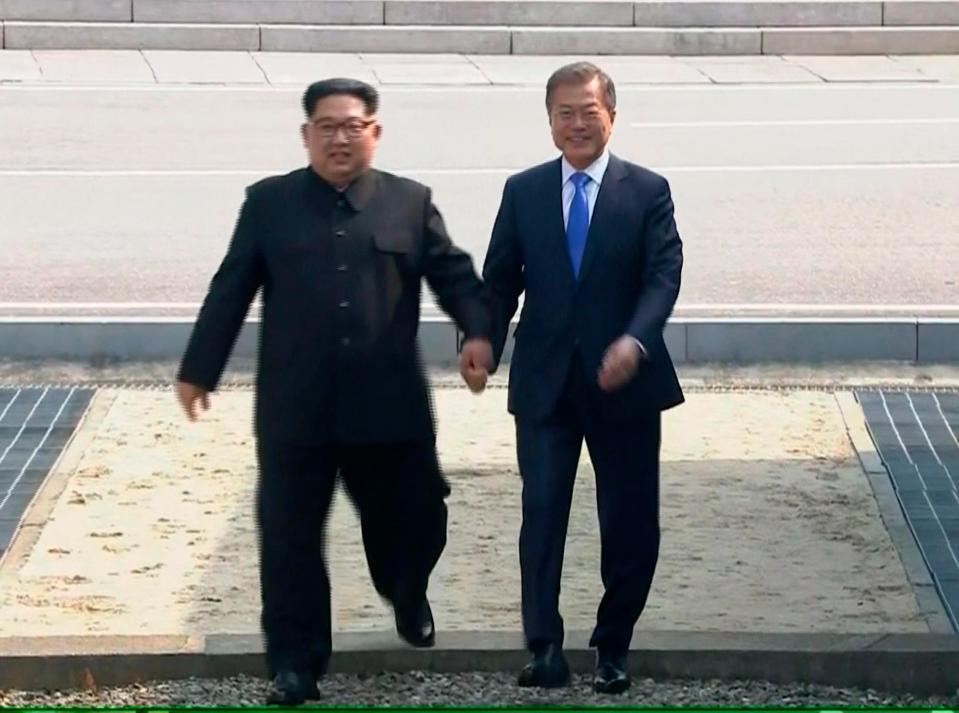 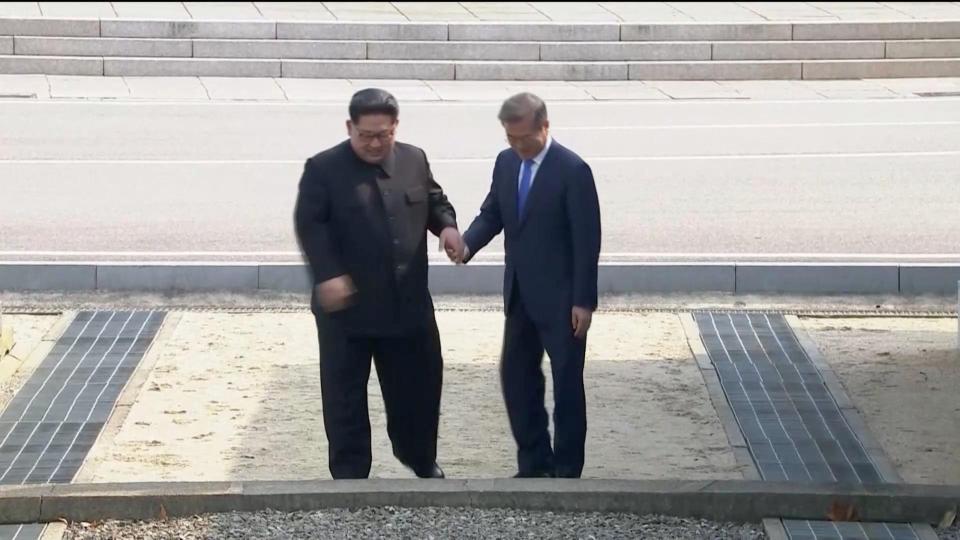 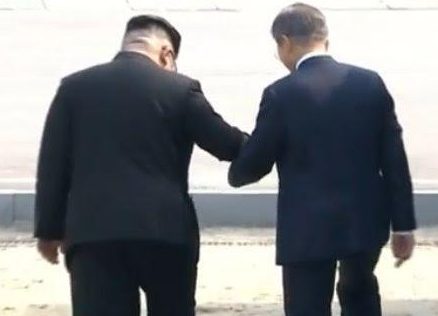 Beyond the surface, however, it's still not clear whether the leaders can make any progress in closed-door talks on the nuclear issue, which has plagued US and South Korean officials for decades.

North Korea's nuclear and missile tests last year likely put it on the threshold of becoming a legitimate nuclear power – with Jong-un claiming it already is.

Kim's news agency said that the leader would "open-heartedly" discuss with Moon "all the issues arising in improving inter-Korean relations and achieving peace, prosperity and reunification of the Korean Peninsula" in a "historic" summit.

It's the first time one of the ruling Kim leaders has crossed over to the southern side of the Demilitarised Zone since the Korean War ended in 1953. 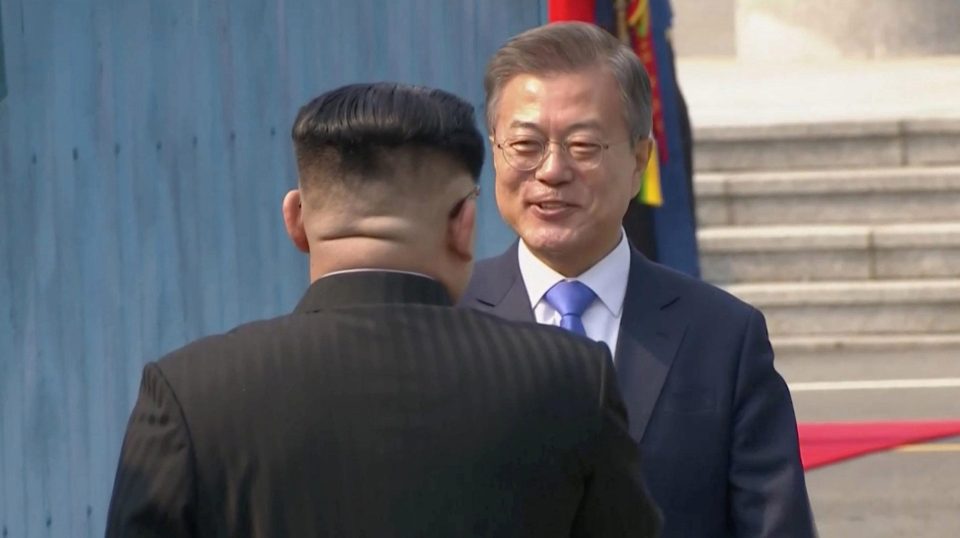 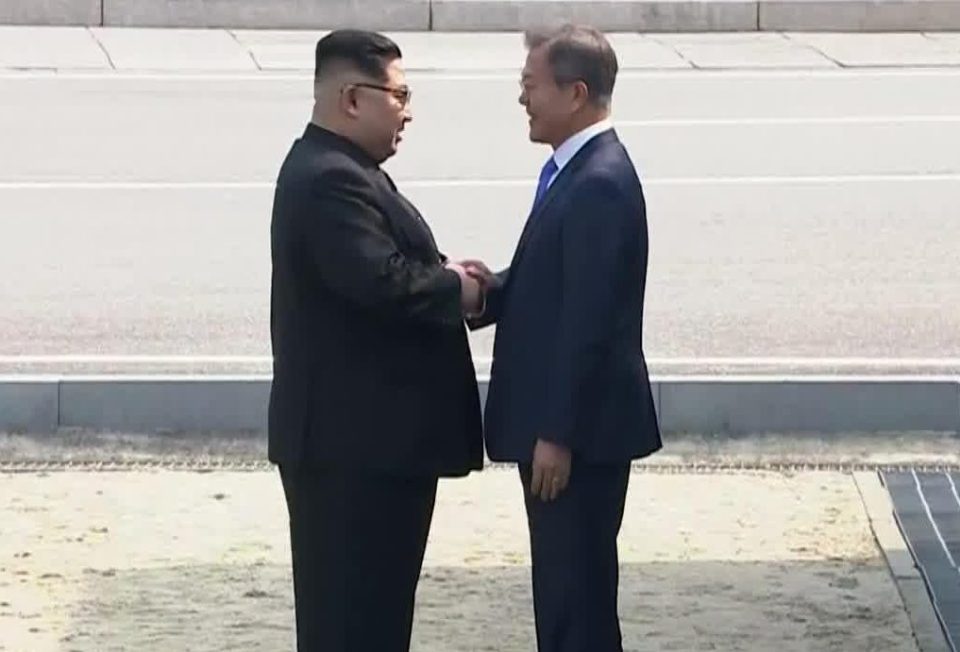 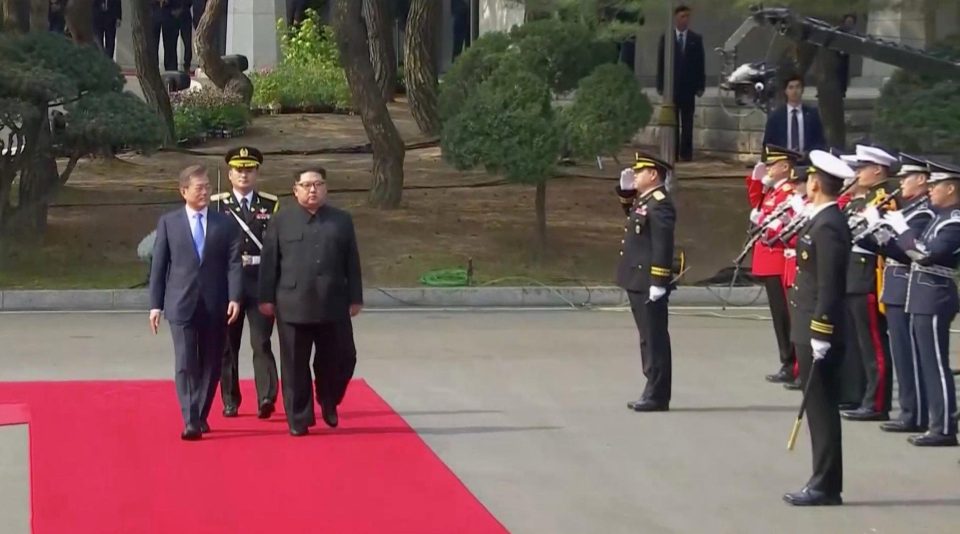 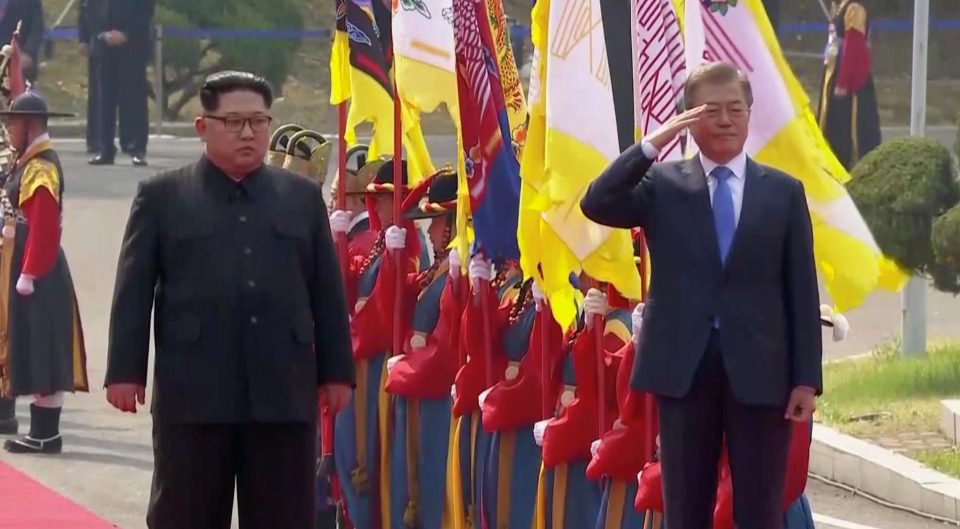 Moon was smiling as he departed the Blue House presidential mansion, greeting a crowd of hundreds gathered to wish him well, before taking the 30 miles drive to the border.

Friday's summit will be the clearest sign yet of whether it's possible to peacefully negotiate away North Korea's nuclear weapons after the country spent decades doggedly building bombs despite crippling sanctions and near-constant international opprobrium.