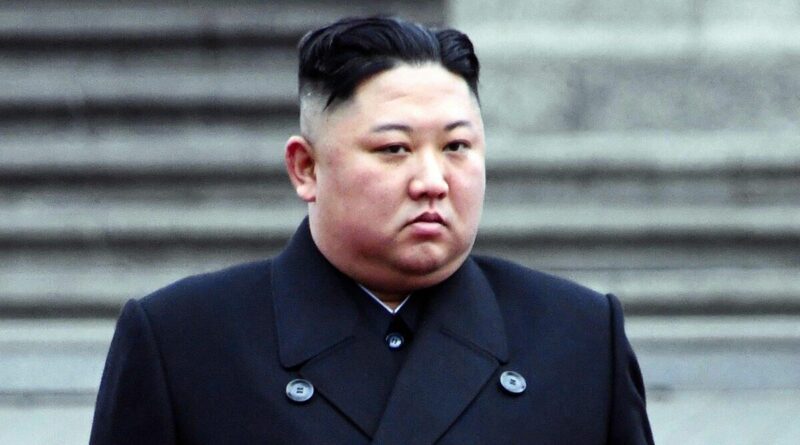 North Korea has undertaken 18 missile tests already this year, sparking concern globally that Kim Jong-un is accelerating his country’s nuclear weapons programme. Analysis by a South Korean think tank claimed the North may have spent up to $650million (£518million) on its plethora of missile launches so far in 2022. On Sunday, North Korea embarked on one of its largest ever tests – firing eight short-range ballistic missiles in the space of 30 minutes. The tests have not impressed political leaders in Washington. Previously, a former Republican senator made a stark warning to North Korea’s leader.

He said: “If he wants to push this envelope and miscalculate—where he strikes the United States, its territories or the territories or national interests of our allies or ourselves, he will die. It is that simple.

“Dictators have one thing in common—they want to stay alive; if Kim Jong-un wants to stay alive, he needs to stop.

“If he doesn’t, I can assure you based upon all of the activity that I have been involved with on Armed Services and also in foreign affairs—he is playing a dangerous game where he will not only be annihilated but other people will suffer greatly”

At the time, former president Donald Trump was trying to persuade Kim to decelerate his development of nuclear weapons.

Mr Trump met with the leader on three occasions, but failed to make a significant breakthrough.

Joe Biden was in South Korea just days before a recent nuclear test carried out by Pyongyang.

He added: “We are prepared for anything North Korea does.”

Asked if he had a message for Kim, Biden said: “Hello … period.”

He also extended an offer to Kim, saying that the US will give North Korea Covid vaccines after the country admitted it had seen a rapid spread of the illness.

No one in the country is vaccinated, but it remains a mystery just how severe the outbreak is.

Last week, the World Health Organisation (WHO) said the situation in North Korea is likely getting worse.

Pyongyang has never directly confirmed how many people have tested positive – experts suspect Kim’s regime is playing down the numbers.

“We assume the situation is getting worse, not better.

“We have real issues in getting access to the raw data and to the actual situation on the ground.”

Tae Yong-ho, a former North Korean diplomat based in London, told the Washington Post this week that Kim is using the Covid crisis to create pro-regime propaganda.

Tae said: “This is how North Korean governmental propaganda manipulates the situation in favor of the Kim Jong Un regime in any and every case; there is a crisis but it shall be solved and overcome by the dear leader who is benevolent, wise and capable like a god.”

Ryu Hyun-woo, North Korea’s former ambassador to Kuwait who defected in 2019, believes a military march in April may have been a “super spreader” event.

He said: “The military parade on April 25 in Pyongyang appears to have been a fertile ground for a super-spreading event.

“The military parade gathered tens of thousands of people from capital Pyongyang and different parts of the country. A large number of people were seen without masks, which shows a complacency among North Koreans about Covid at that time.”