Signed, sealed, delivered: Kim Jong-un gets a North Korean official to give Vladimir Putin a hand-written note after being invited to Moscow

Vladimir Putin was delivered a handwritten note by Kim Jong-un by a North Korean official during a meeting earlier today.

The envelope was conveyed to senior official Kim Yong Nam, who heads the presidium of the Supreme People’s Assembly in North Korea, and given to Putin in Moscow.

What was scribbled on the note remains unclear, but the invitation to Moscow comes just days after the leader of the hermit nation held a landmark summit in Singapore with Donald Trump. 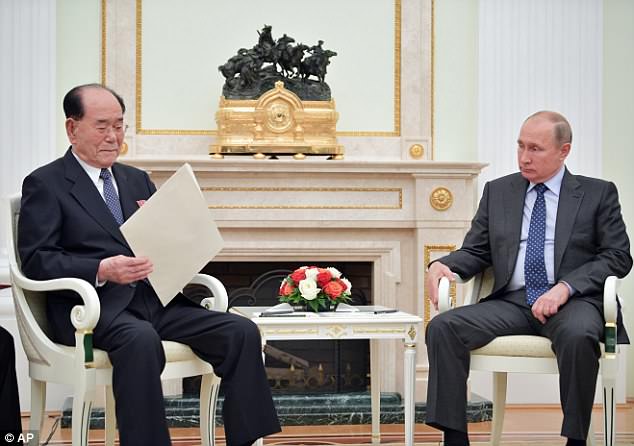 Russian President Vladimir Putin, right, looks at Kim Yong Nam, president of the Presidium of the Supreme People’s Assembly of the Democratic People’s Republic of Korea during their meeting in Moscow, Russia 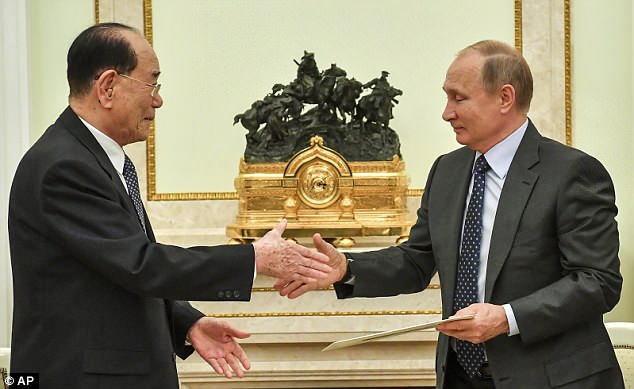 The Russian leader praised the historic meeting between the US and North Korea, adding it was ‘without doubt just the first step towards a full-blown settlement’.

He added: ‘Certainly it creates conditions for further forward movement and decreases general tensions around the Korean peninsula.’

The unprecedented encounter between the leader of the world’s most powerful democracy and the third-generation of the communist dictatorship was the first between sitting leaders of the two nations.

Critics have labelled the summit as style over substance after a document lacking specifics was drawn up regarding Pyongyang’s atomic weapons arsenal. 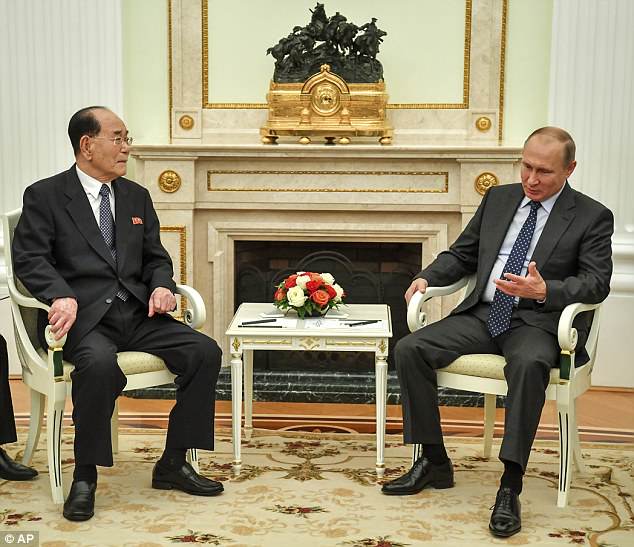 Putin said he would like to welcome Kim Jong-un to Russia, suggesting they meeting during an economic forum in the far eastern port city of Vladivostok this September.

Kim Jong-Il, the father of the current North Korean leader, travelled to the country in 2011 to meet with Dmitry Medvedev, Russia’s president at the time.

Sergei Lavrov, the Russian foreign minister, was the first official from the Kremlin to meet with Kim when he travelled to Pyongyang in May.

The two countries share a short land border and have a history of long-standing ties. 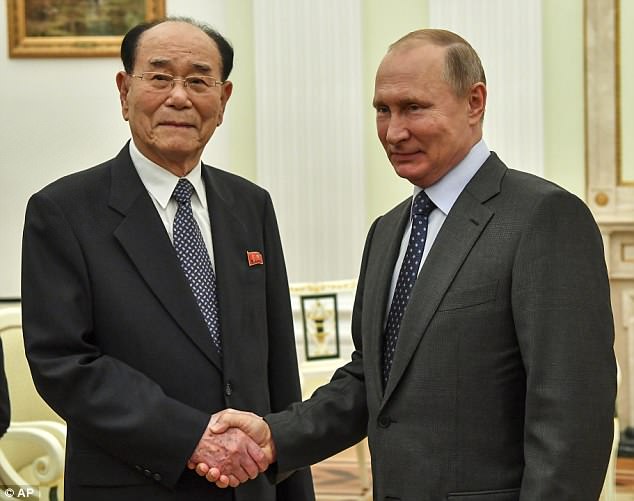 The pair sign off their meeting with a handshake