The bizarre footage shows his security detail in a U-shape formation around the North Korean leaders car as it carried him back to the northern side of Panmunjom truce village for food. 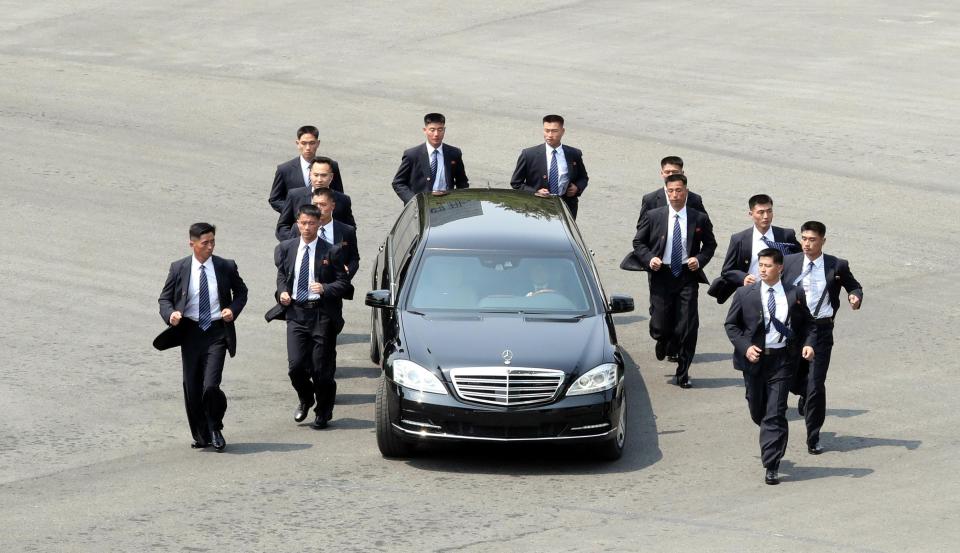 Kim Jong-un was spotted stepping into the vehicle outside the Peace House, where his morning of historic talks took place with South Korea's President Moon.

His suit-clad bodyguards sprung into action to surround the limo on all sides to ensure their leader was kept safe.

The security kept pace and changed formation with ease as the car glided round a bend and crossed a patch of dead grass to get to its destination.

The chubby dictator chose to ride in his limo rather than take a short walk back to his lunch destination. 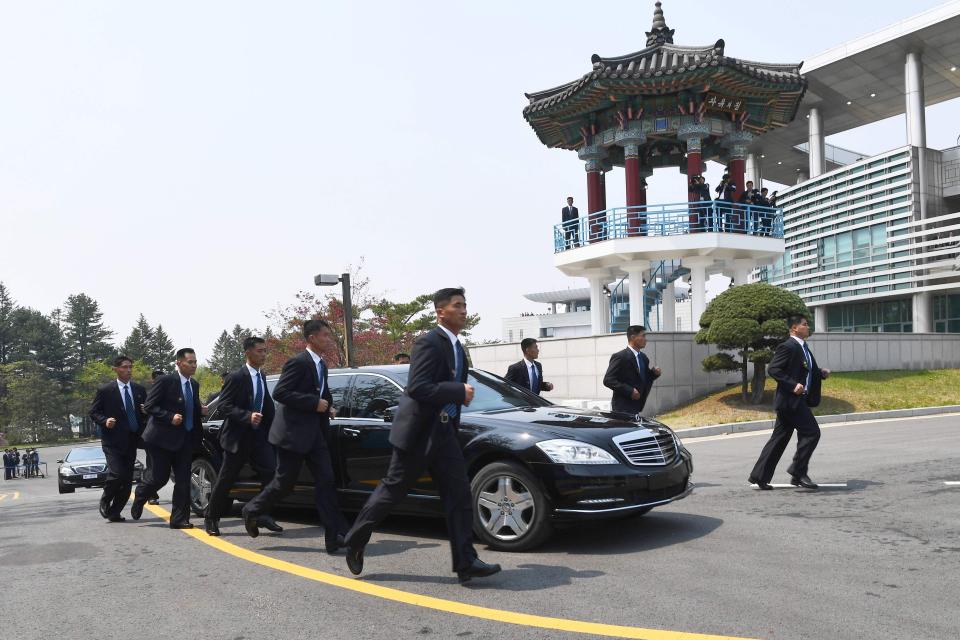 Twitter users were quick to mock the tyrant for the bizarre decision to have his bodyguards jog next to his car.

Jonathan Cheng Tweeted: "The morning session is over, and Kim Jong Un, riding in the Mercedes limo, gets the human motorcade treatment, as his 12 bodyguards get in some nice midday cardio."

Jeremy Holleb added: "that was a long run by the body guards. Why isn't Kim running next to his own limo? It would do him some good".

User 'island girl' joked: "Haha! Trump is going to want this next".

The strange footage comes from the first summit between North and South Korea in more than a decade.

The pair were on the brink of war just over a month ago but now both sides have committed to seeking an agreement to establish "permanent" and "solid" peace on the peninsula.

The declaration included promises to pursue military arms reduction, cease "hostile acts," turn their fortified border into a "peace zone," and seek multilateral talks with other countries, such as the United States.

The Koreas said they hope the parties will be able to declare an official end to the war by the end of this year.

The announcement came at Kim's first ever press conference with the world's media.

It was also a momentous step forward in relations between the two as Kim is the first North Korean leader to cross the boarder in 65 years.