Dubbing it "the meeting of the century" on its front page, the official party newspaper Rodong Sinmun also failed to report Kim's vow to destroy of all his nukes in its coverage. 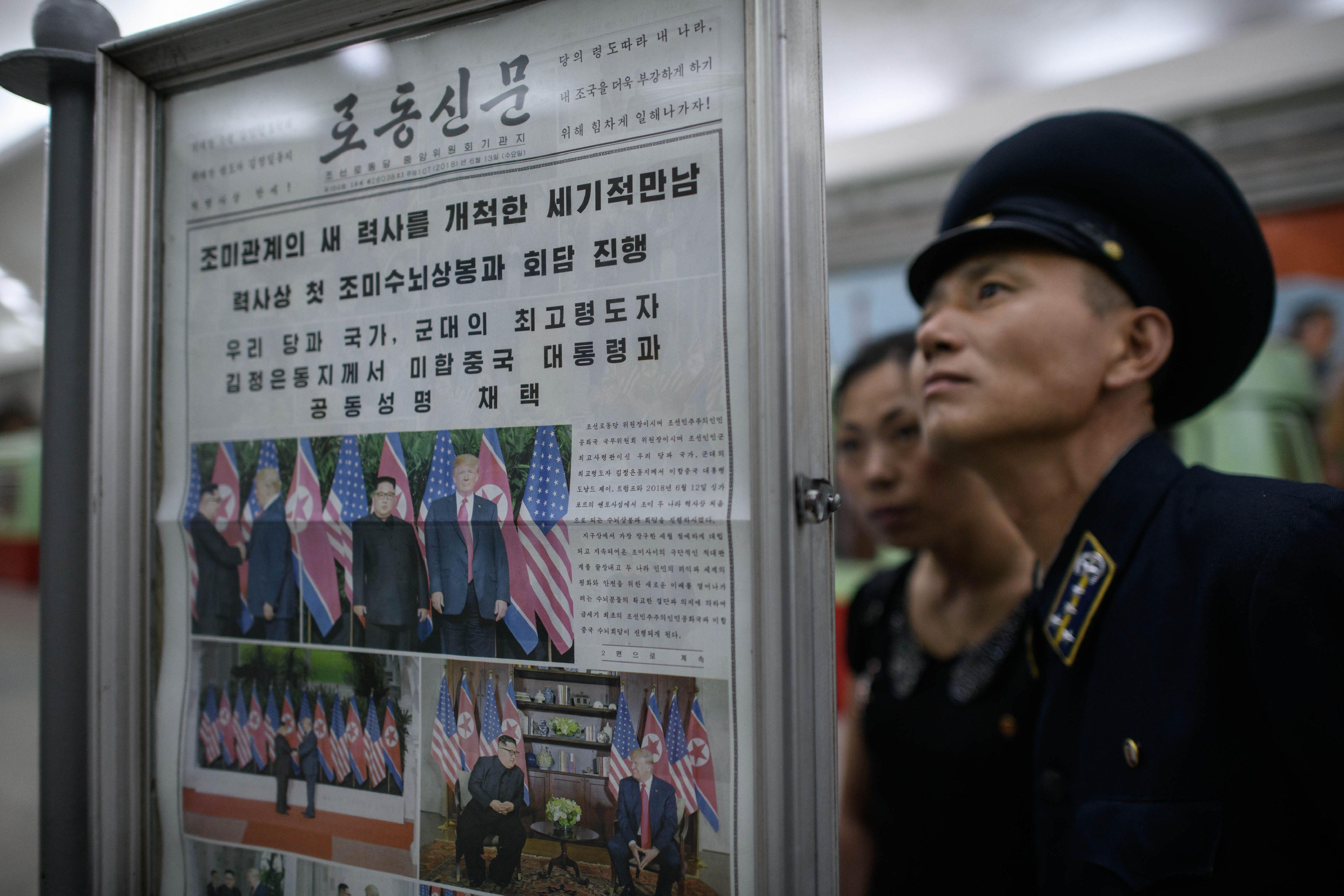 The leaders held a private 41-minute meeting and a working lunch before re-emerging to sign an agreement to completely denuclearise the Korean peninsula – which Donald Trump said would happen "very quickly".

But in its coverage of the event, the Korean Central News Agency made just two references to the signed agreement – but little about Kim's pledge to destroy North Korea's nuclear weapons or a definitive plan to denuclearise.

The first reference in the paper says: "Kim Jong-un said in order to achieve peace and stability of the Korean Peninsula and realise its denuclearisation, the two countries should commit themselves to refraining from antagonising with each other out of mutual understanding, and take legal and institutional steps to guarantee it."

The second states: "Kim Jong-un and Trump had the shared recognition to the effect that it is important to abide by the principle of step-by-step and simultaneous action in achieving peace, stability and denuclearisation of the Korean Peninsula." 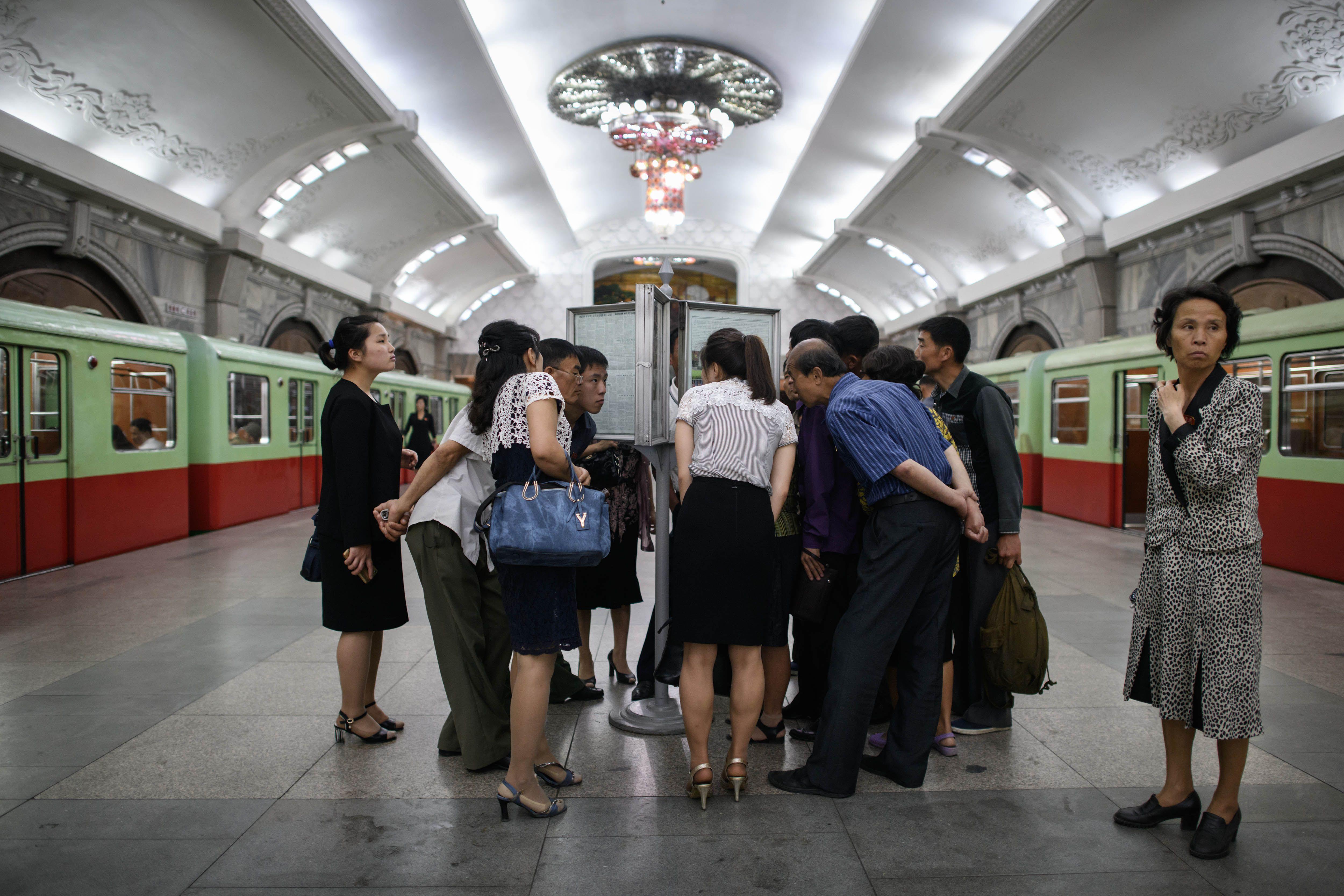 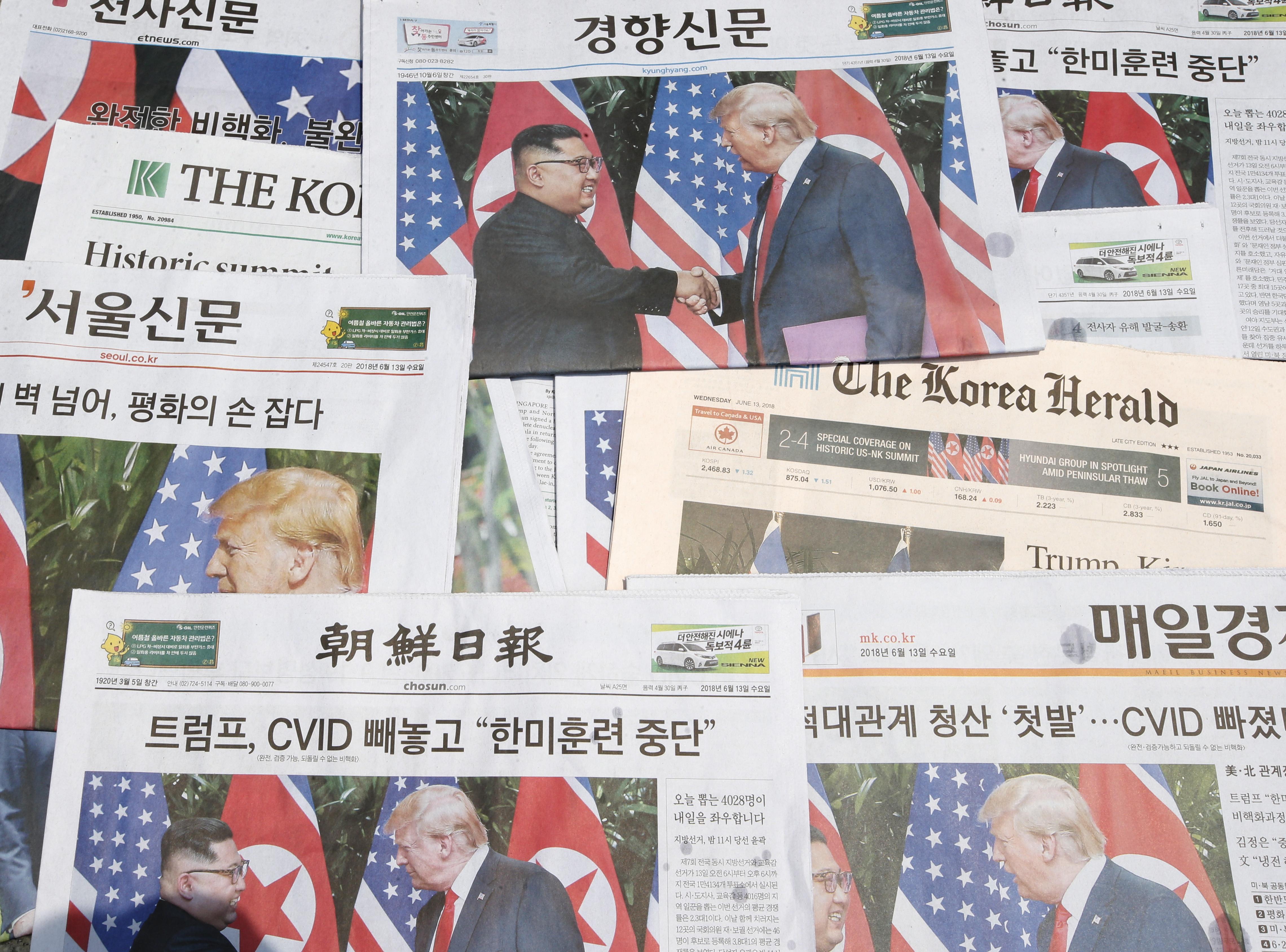 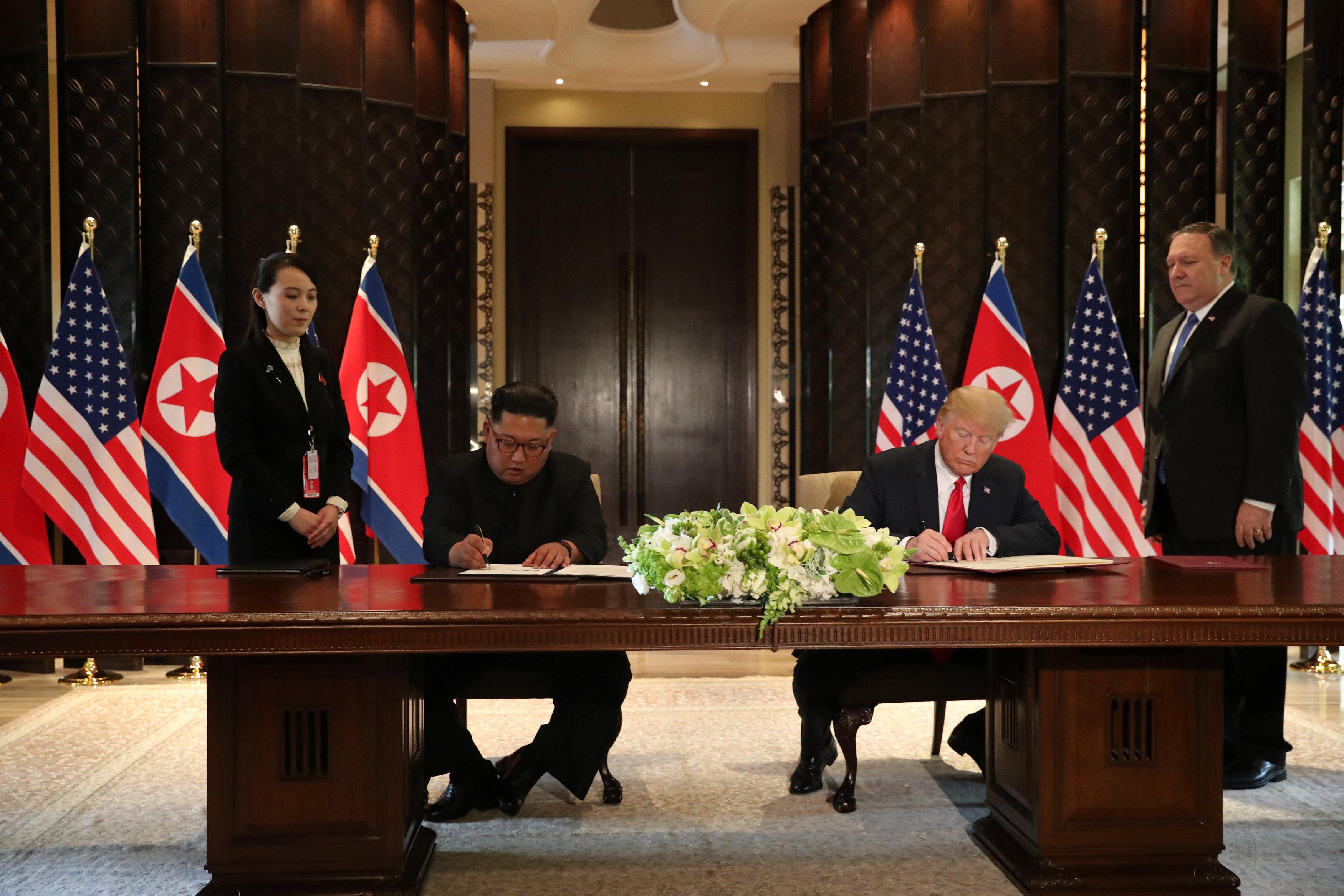 While the White House has not responded to the report, the lifting of sanctions was also not mentioned in the signed agreement between Trump and Kim.

And Trump ruled out immediate sanctions relief for North Korea after his meeting with Kim, saying it would come "when we are sure that the nukes are no longer a factor." 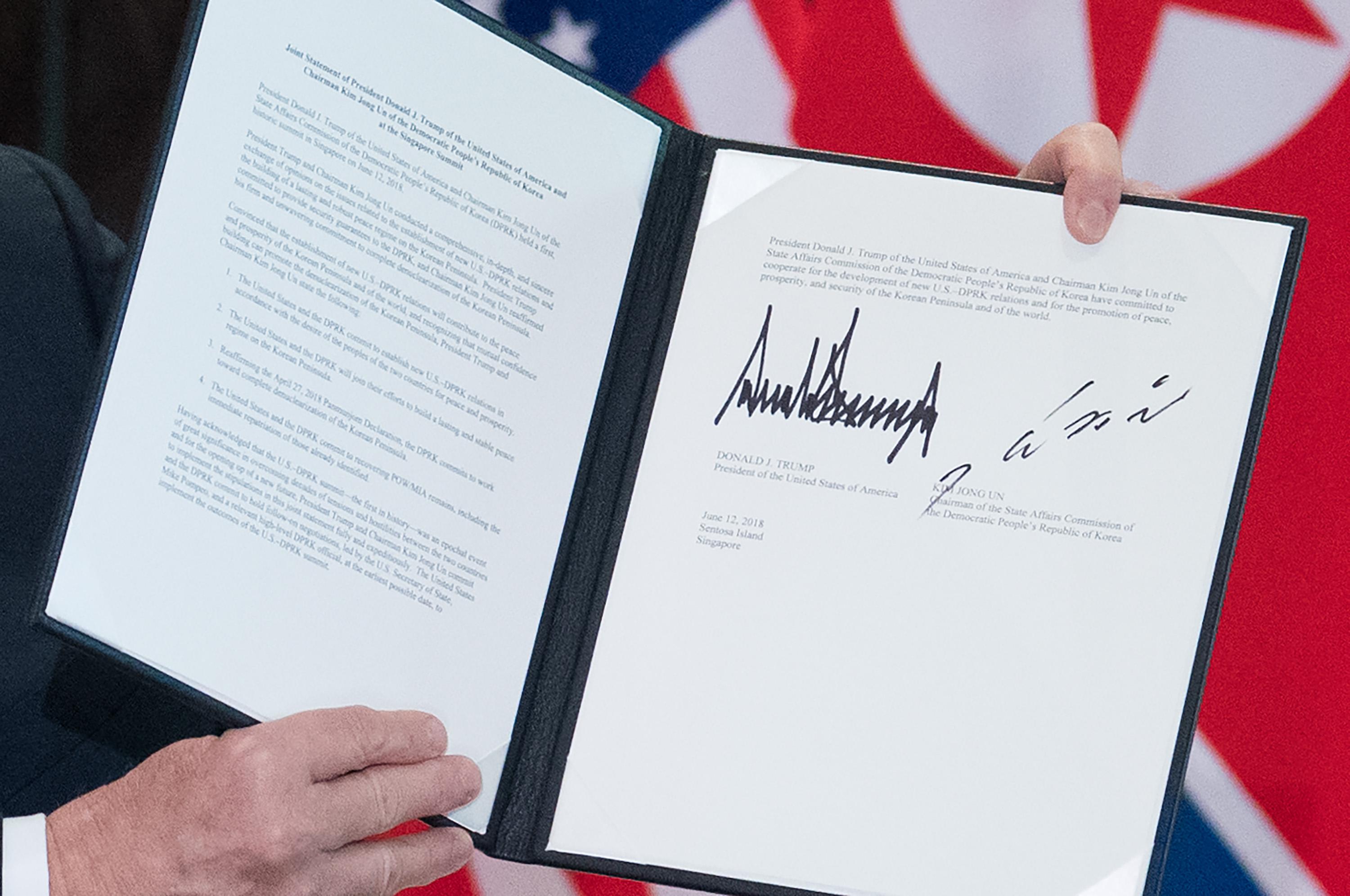 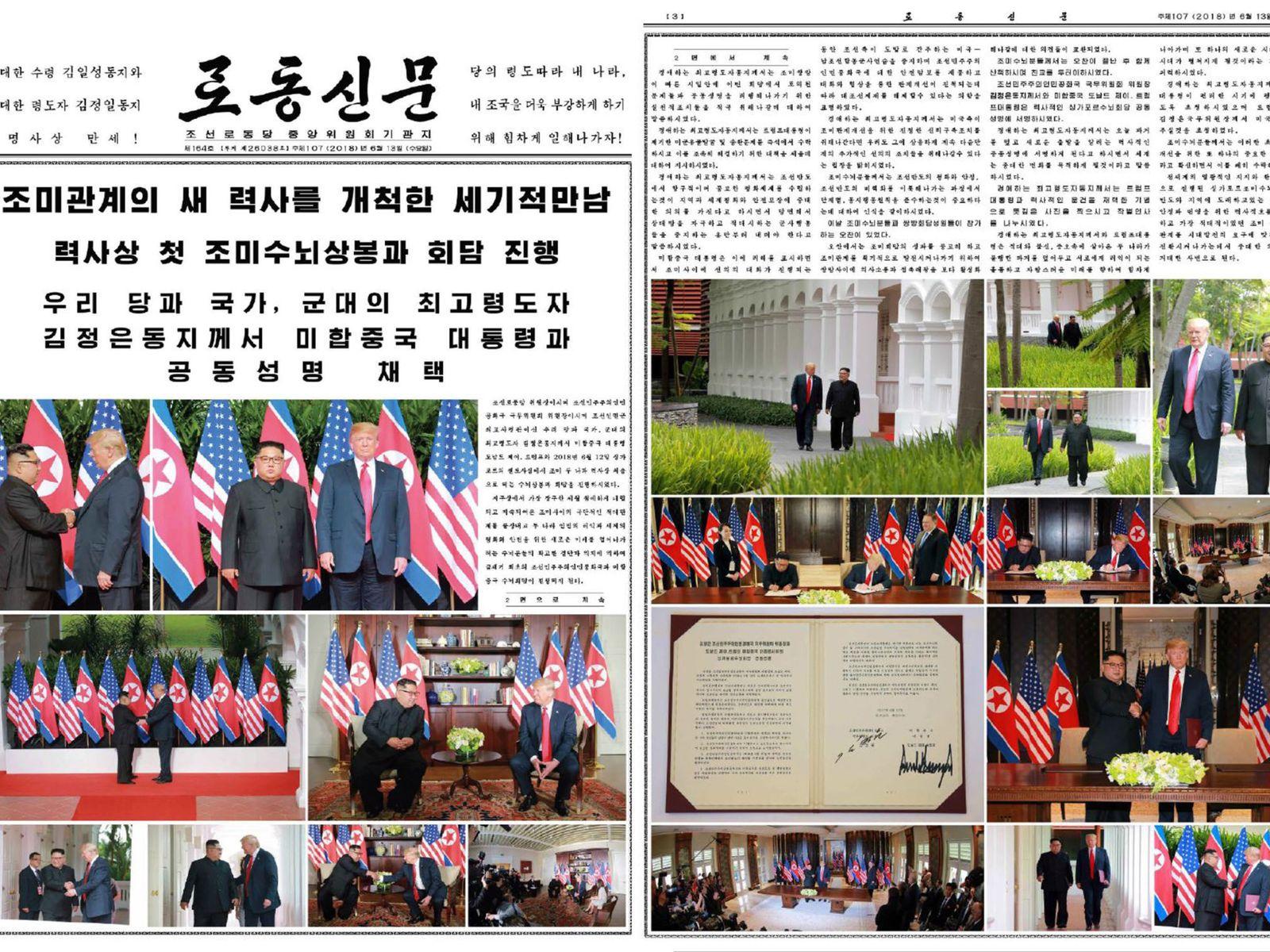 The front page of Rodong Sinmun splashed photos of the two leaders under the headline: "A meeting of the century that opened a new era in history of North Korea-US relations."

North Korean media is tightly controlled and it's thought this is the first time the vast majority of North Koreans have seen Donald Trump.

Other pages – which has previously lashed the US as a "gangster-like imperialist" and "cancer-like" – showed officials having their meeting, a working lunch and showing the pair signing the joint agreement.

While Trump's decision to stop military exercises with South Korea may have surprised some, South Korean President Moon Jae-in said they will write a new chapter of peace. 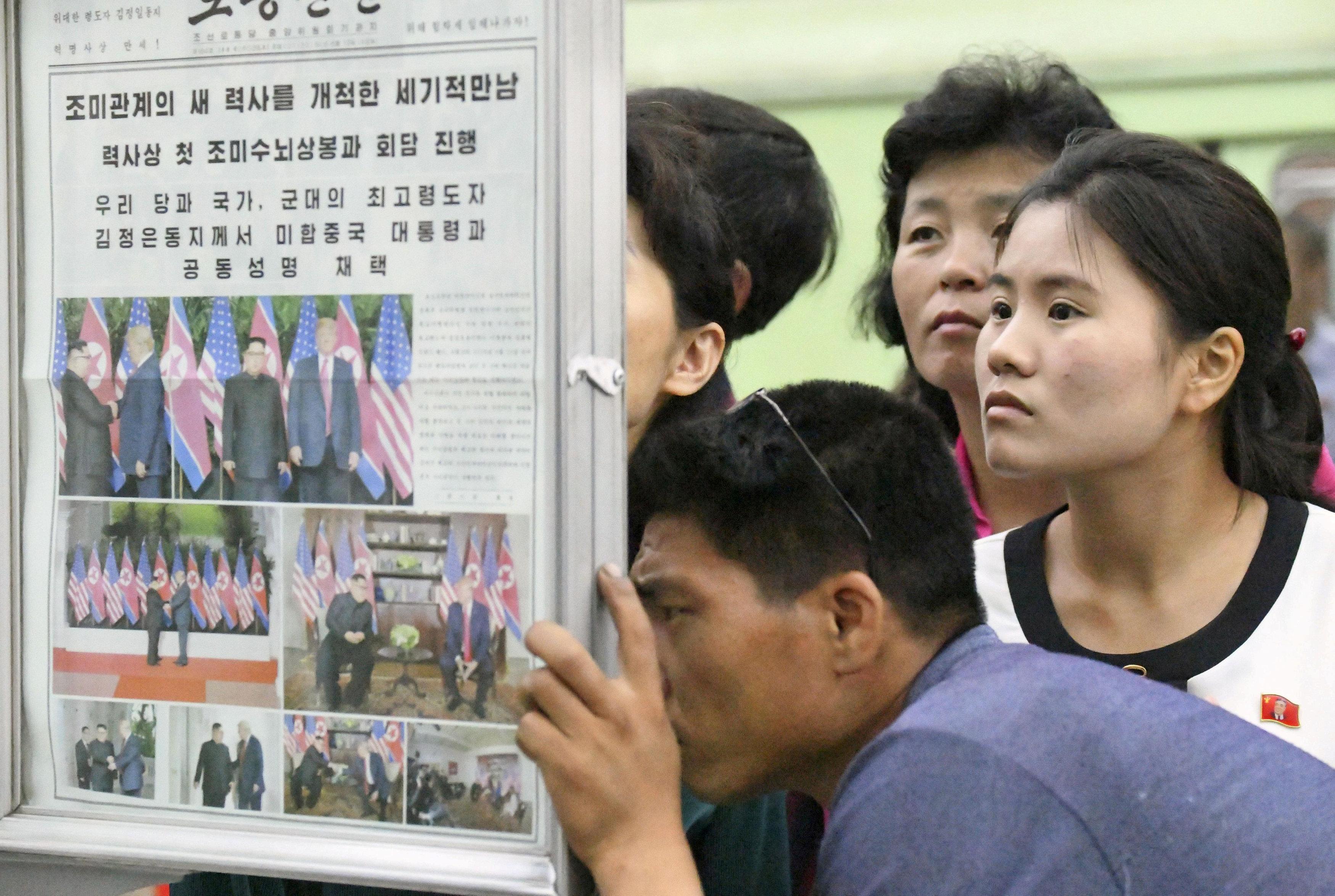 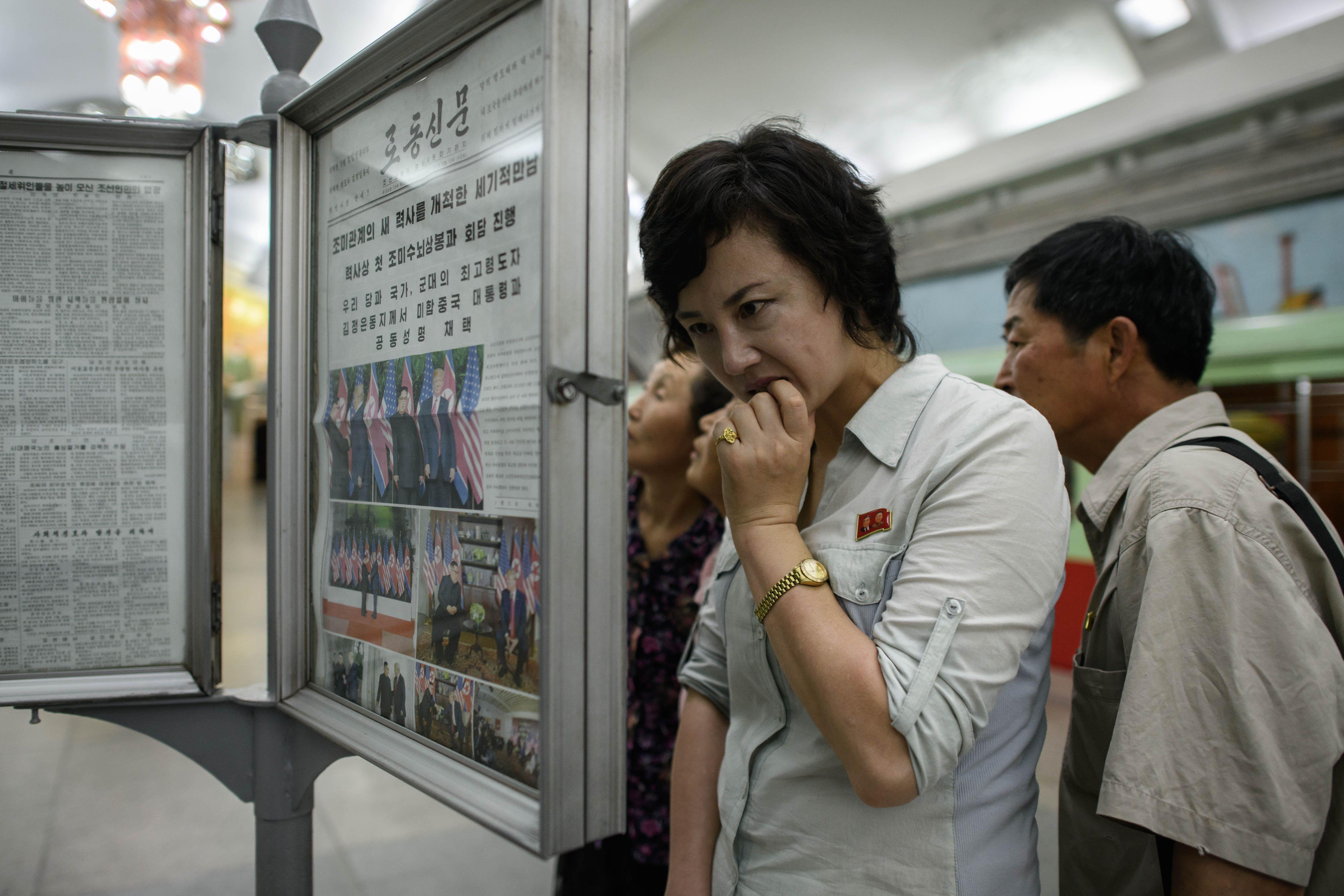 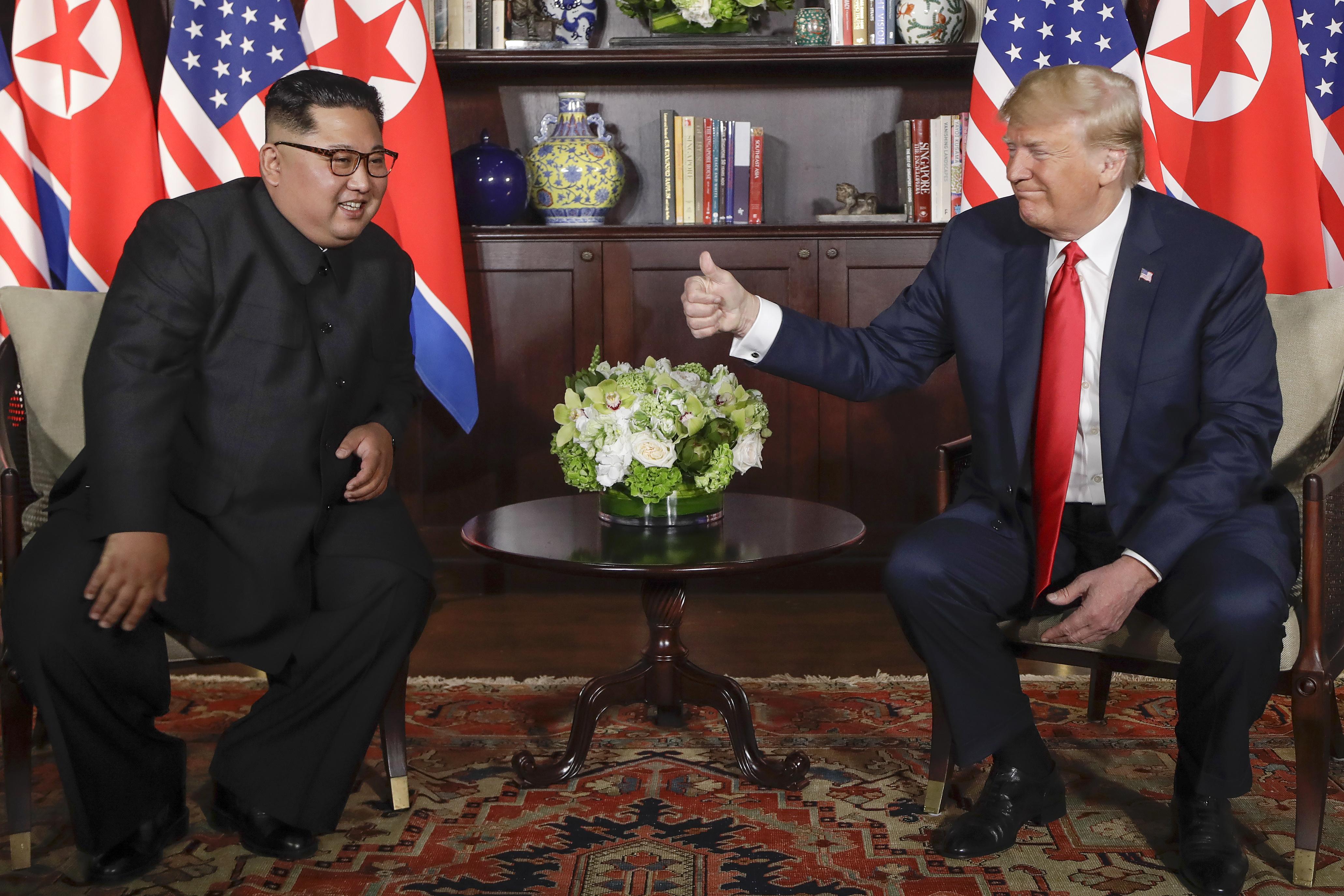 President Moon Jae-in – who said he "didn't sleep a wink" the night before – said: "Seventy years of division and hostility, however, have cast a dark shadow that makes it difficult to believe what is actually taking place before our very eyes.

"Leaving dark days of war and conflict behind, we will write a new chapter of peace and cooperation.

"We will be there together with North Korea along the way."

Donald Trump later took to Twitter to say the world has taken a "step back" from nuclear catastrophe" after the meeting.

He said: "No more rocket launches, nuclear testing or research! The hostages are back home with their families. Thank you to Chairman Kim, our day together was historic!"

He also hit out at "haters", tweeting: "A year ago the pundits & talking heads, people that couldn’t do the job before, were begging for conciliation and peace – “please meet, don’t go to war.” Now that we meet and have a great relationship with Kim Jong Un, the same haters shout out, “you shouldn’t meet, do not meet!""