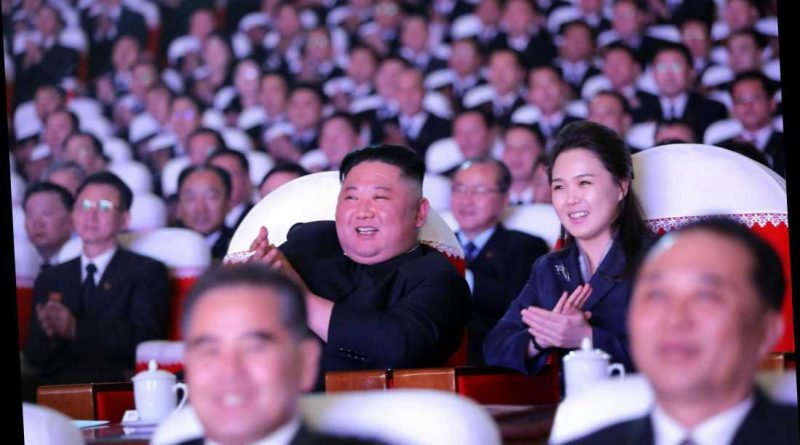 THE wife of Kim Jong-un made her first public appearance in a year amid rumours she’s given birth to his fourth child.

Ri Sol-ju, believed to be in her early 30s, joined her husband at a concert commemorating the birthday of his late father and former leader Kim Jong-il. 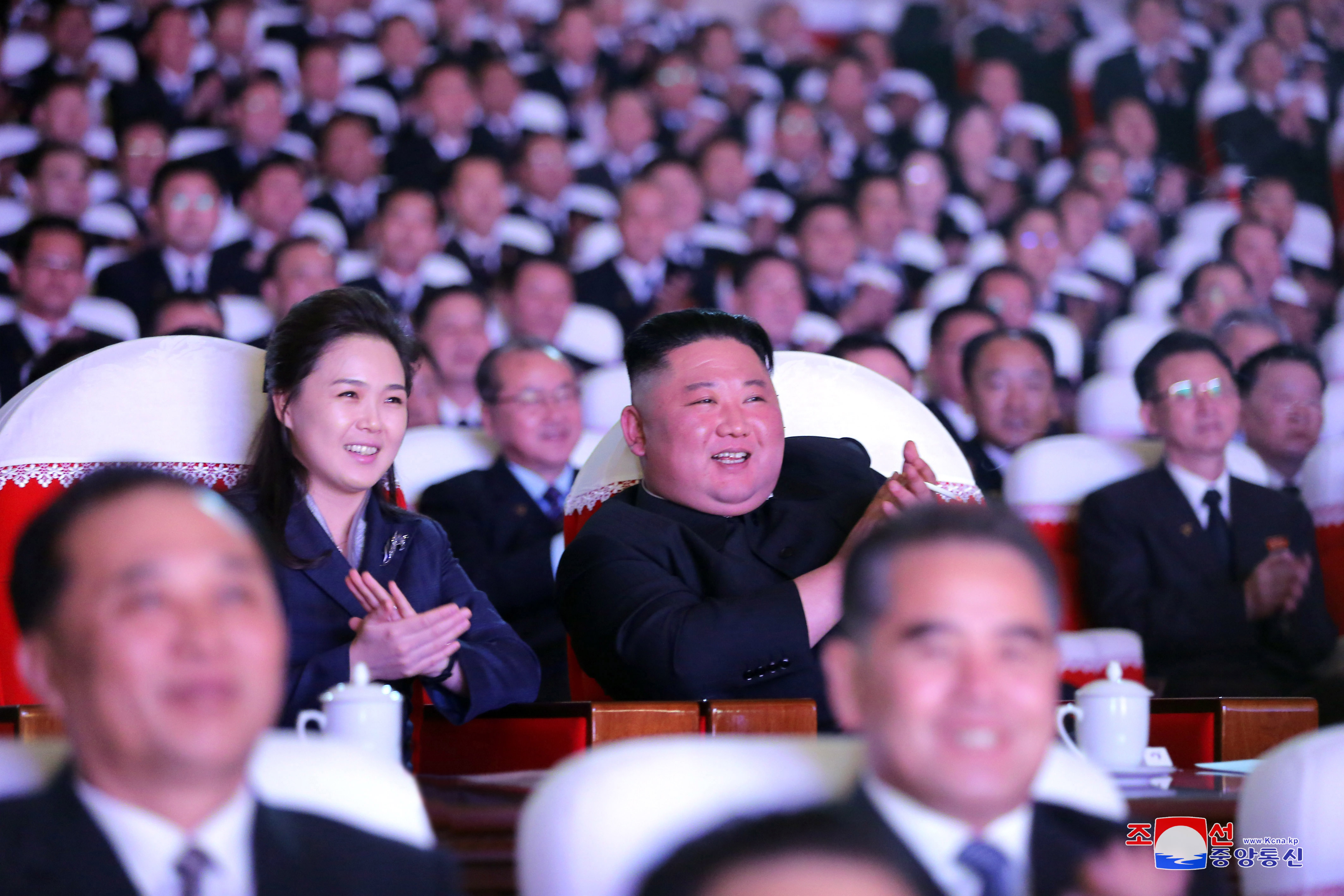 The anniversary is known as the ‘Day of the Shining Star’ and it’s an important public holiday in North Korea.

Although Ri has accompanied the dictator to major events in the past, the last time she was seen in public was last year on January 25, when she attended a Lunar New Year performance at a theatre in Pyongyang.

Her absence has prompted questions over her health or a potential fourth pregnancy.

The couple was pictured smiling and applauding at the event in the Mansudae Art Theatre in Pyongyang on Tuesday.

"As the General Secretary came to the auditorium of the theatre together with his wife Ri Sol Ju amid the welcome music, all the participants burst into thunderous cheers of 'Hurrah!'" the official KCNA news agency reported.

No member of the audience or performers can be seen wearing face covers or keeping social distancing.

The country has been under self-imposed isolation since January last year, to protect itself from the pandemic.

North Korea has not officially reported any Covid-19 cases but experts are doubtful.

South Korea's National Intelligence Service had previously said Ri was keeping a low profile because of the coronavirus outbreak.

It’s believed she is fearful of attending public events, especially mass gatherings, as it could put her children at risk.

Ri is a former star singer and mother to three of Kim Jong-un’s children.

North Korea confirmed in July 2012 that Kim and Ri were married, just a month after she was seen with him for the first time in public. 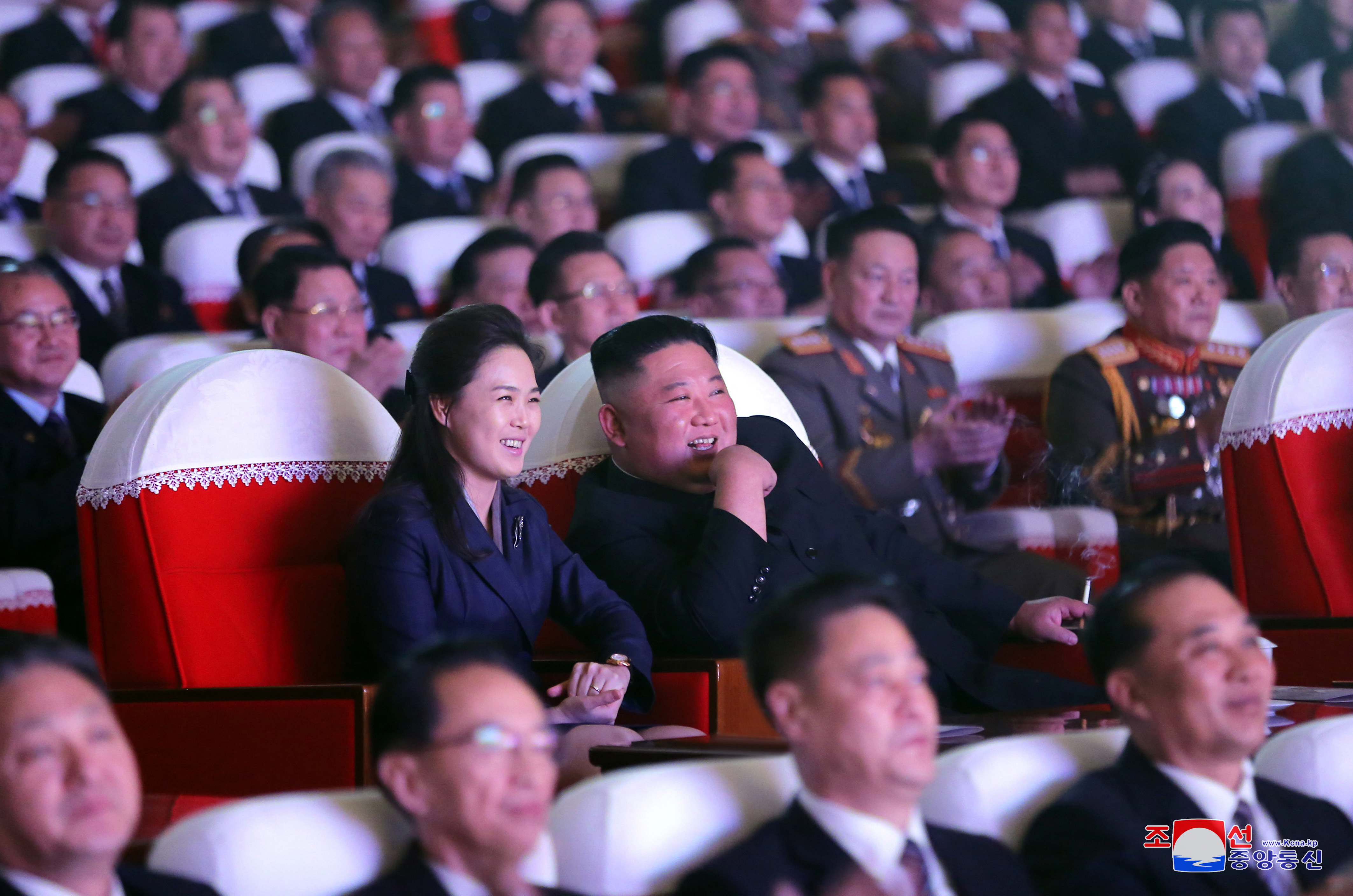 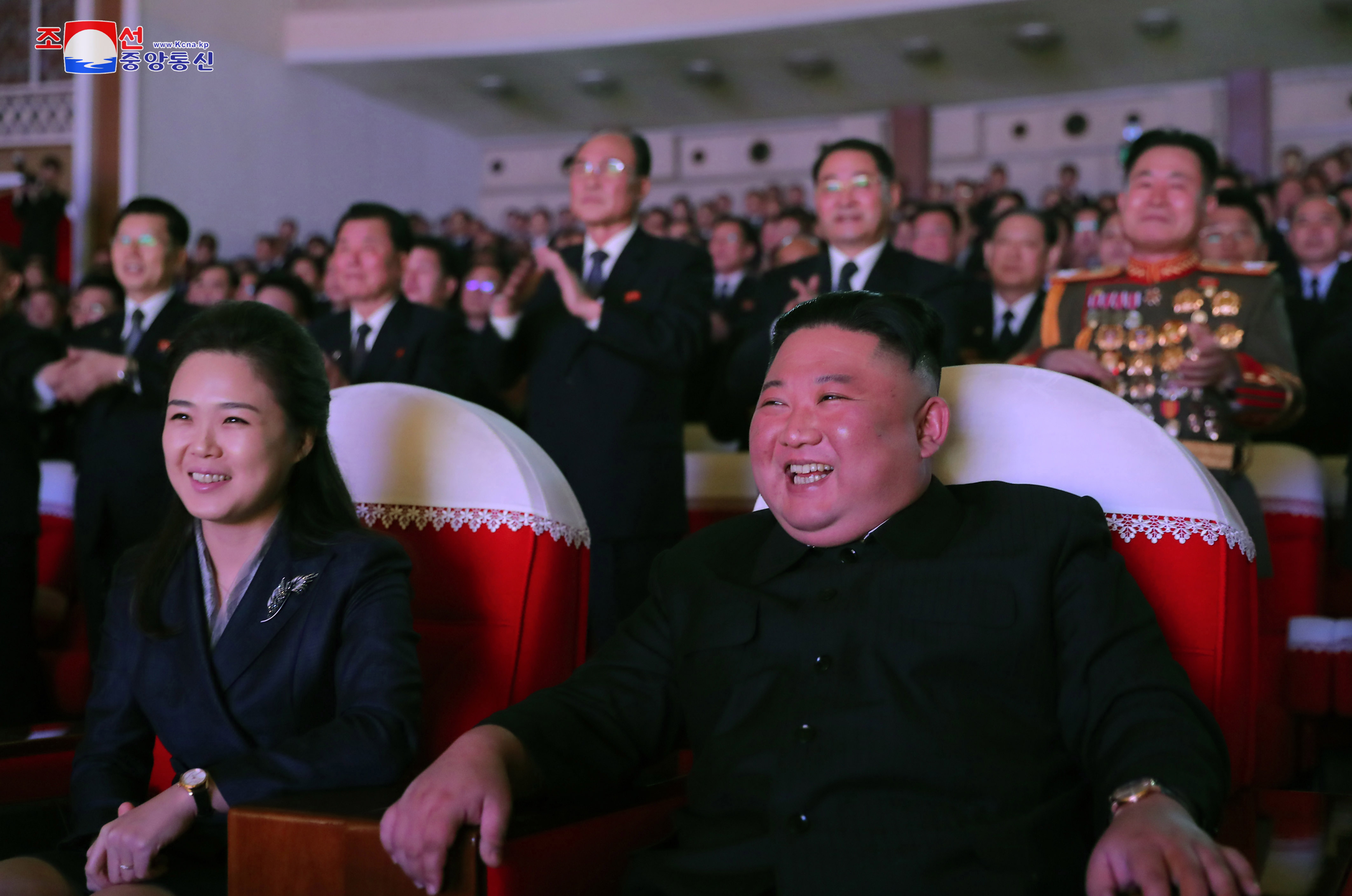 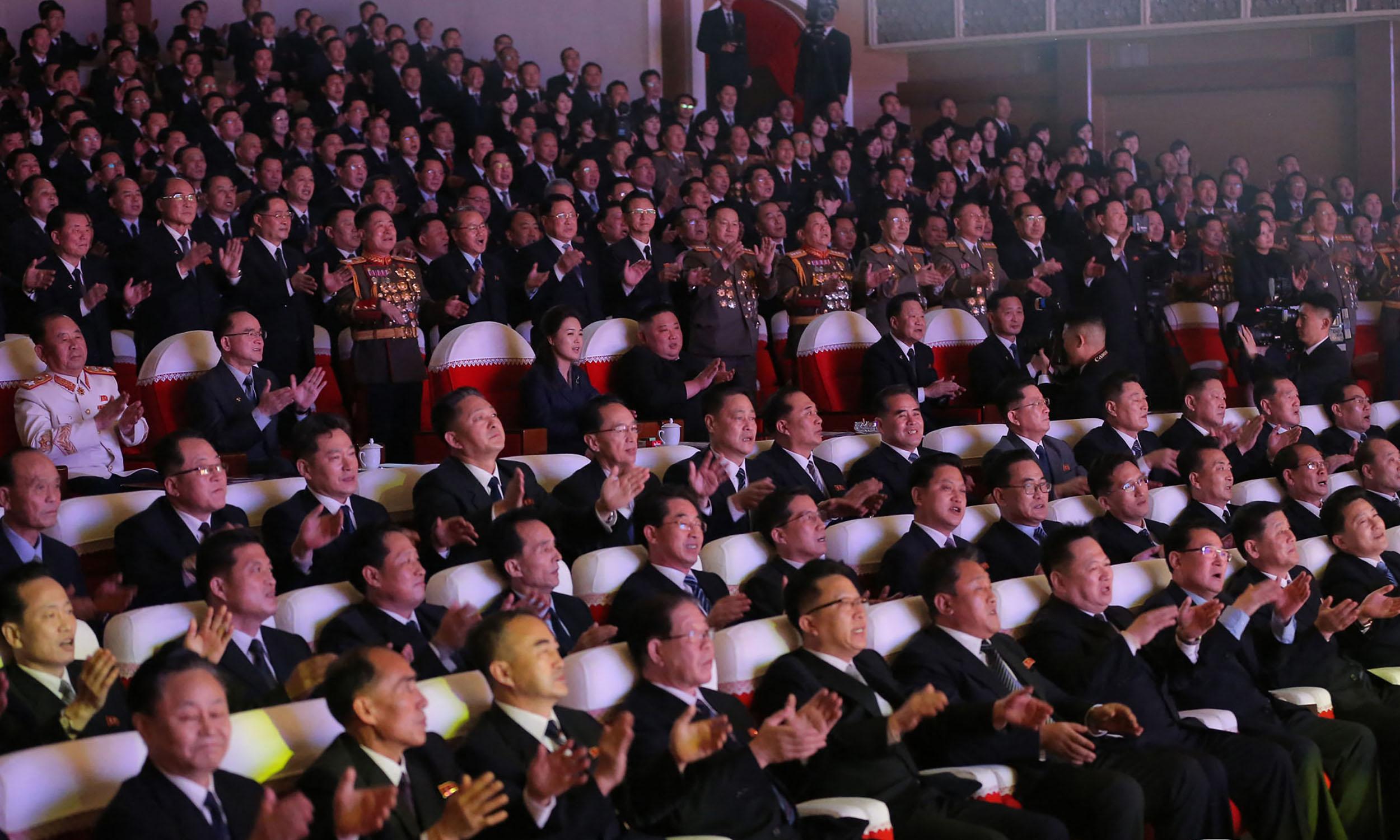 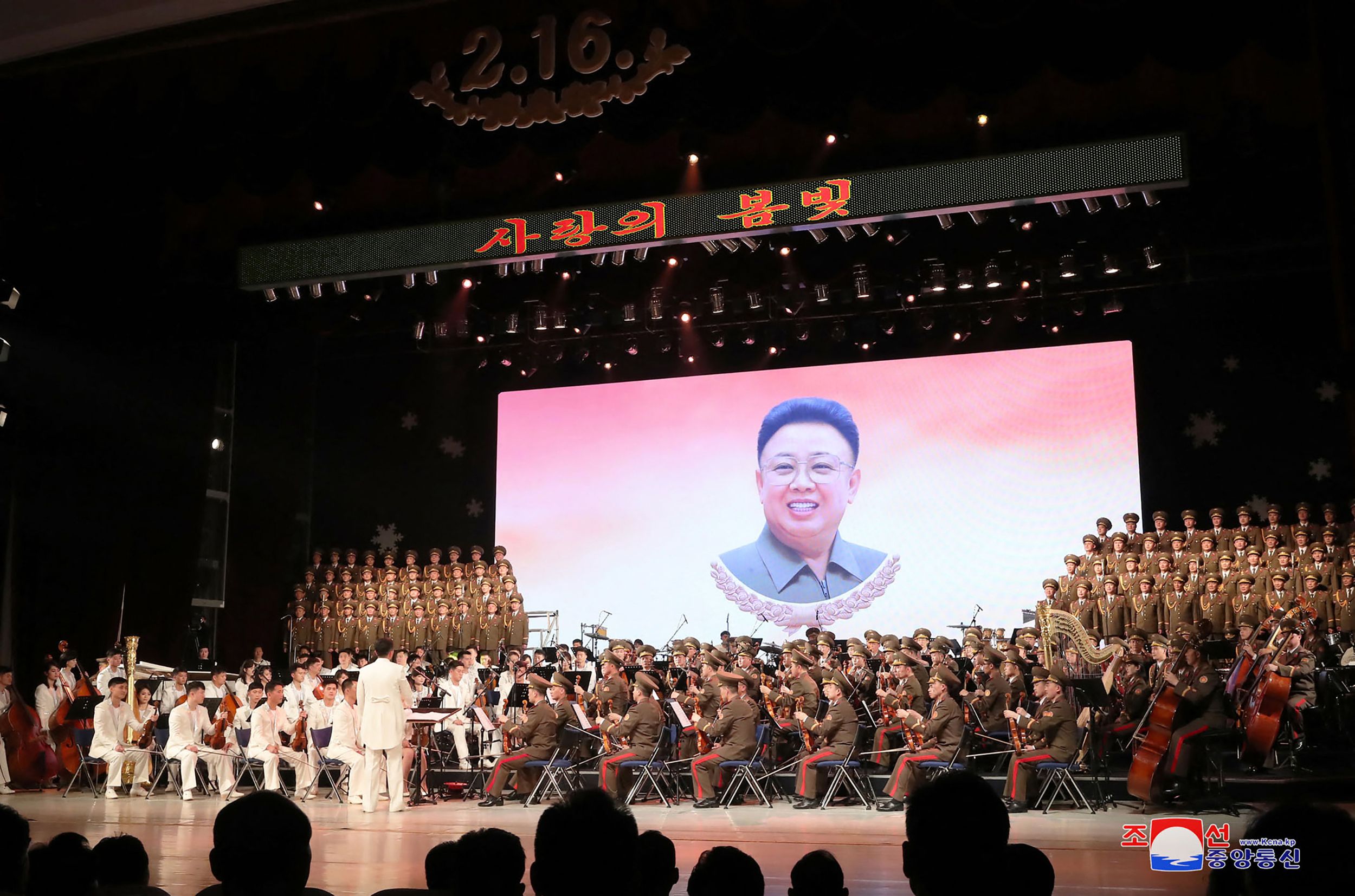 The 36-year-old despot had mysteriously disappeared himself, in April last year, prompting claims he was seriously ill.

After vanishing for 20 days he turned up on May 1, before disappearing again for another three weeks.

Japan's Defense Minister Taro Kono had spoken about North Korea's "very strange movements" at the time, saying he had "some suspicions" about the health of the dictator.