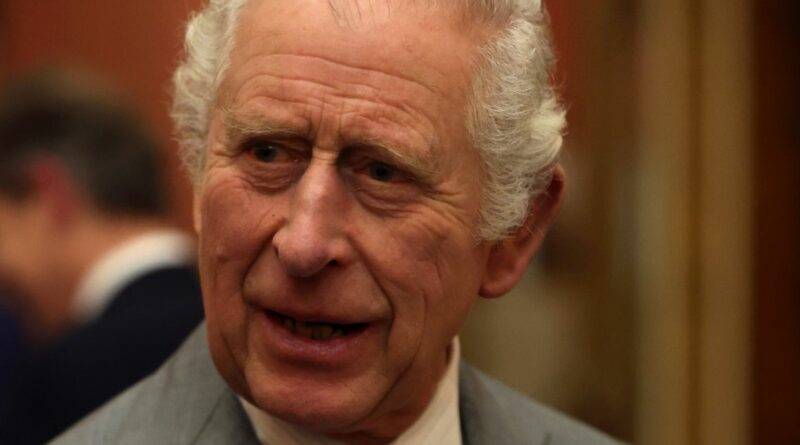 King Charles has a difficult week in store, a royal expert has claimed, with a number of challenges taking place “simultaneously”.

Writing in news.com.au, commentator Daniela Elser said that the new monarch was staring down the barrel of a “series of simmering crises and scandals” ranging from jewels and gold plates to Princes Harry and Andrew.

She said: “It’s hard to know quite where to begin here. The dodgy diamonds controversy? The fact that his mates-with-a-sex-offender brother Prince Andrew has left the UK to stage a possible Middle Eastern comeback?

“That his son Prince Harry is about to get a human rights award for loudly telling the world that the monarchy suffers from structural racism?

“That the Metropolitan Police has passed the cash-for-honours case that felled his longest-serving aide to prosecutors?

“Or that Buckingham Palace’s social media team had the nifty idea this week to share a video showcasing the royal family’s collection of gold plates during the biggest cost-of-living crisis in a generation?”

Harry and Meghan, Daniela said, were one of the key problems facing the King.

The pair are expected to be honoured by the RFK Foundation Ripple of Hope Awards Gala in New York.

The pair are going to be celebrated alongside Ukrainian president Volodymyr Zelenskyy, for what the Foundation’s Kerry Kennedy described to El Confidential as a “heroic” challenge to the Royal “power structure”.

He added that they, “went to the oldest institution in UK history and told them what they were doing wrong”.

She also discussed the “most ridiculous” situation facing him: “the Case of the Gold Plates”.

She felt that this made the royal family look slightly out of touch with the minds of the nation.

She explained that, given the brutal cost of living crisis gripping the UK, “this obviously makes it the perfect time to showcase the Palace’s collection of gold servingware!

“And the fact that they have pastry chefs whose job it is to make ornamental flowers that won’t get eaten!”

Elsewhere, she explained that the King’s wife Queen Camilla is being urged not to wear diamonds with a disputed history with South Africa to meet South African President Cyril Ramaphosa.

Meanwhile, Prince Andrew is in Bahrain which the Sun reports comes during whispers that he is: “Targeting an unofficial role as intermediary between the West and oil-rich Gulf states.”

Lastly, the Met Police has sent a case against a close former aid of the King, Michael Fawcett, Crown Prosecutors Service.

The service will now decide whether to charge him after an investigation by the Times alleged that Fawcett had “fixed” a CBE honour for a Saudi tycoon who had given generously to charities associated with the Royals.