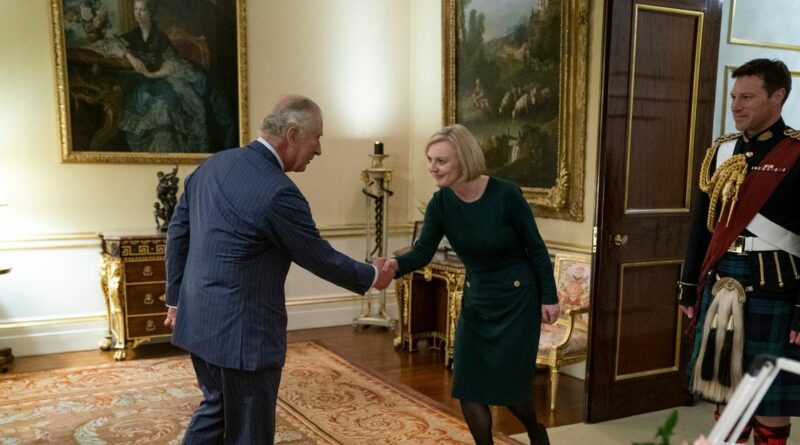 The words of King Charles III when he began his first weekly meeting with Prime Minister Liz Truss have been shared online.

Footage of the monarch's first inaugural weekly audience with the Prime Minister in person at Buckingham Palace has shown the pair greeting each other once again after their previous meetings following the death of his mother Queen Elizabeth II.

In the clip, which gained more than 667,000 views when it was shared by ITV's Royal Editor, shows Liz Truss telling the King it was "a pleasure" to be meeting again – though the Head of State seemed less thrilled.

READ MORE: Why is Camilla being crowned alongside King Charles and what to expect from the ceremony

Political Editor for the Guardian, Pippa Crerar shared what was said for anyone who didn't catch what was said.

Royals fans flocked to the comments to share their opinion on the clip as some found the interaction hilarious.

One user said: "Her curtsy is hilarious."

Another quipped: "I think he speaks for many of us."

A third dubbed the clip "awkward."

"That’s a polite way of putting it," a fourth wrote.

His Majesty officially met Liz Truss for the third time on Wednesday evening, after meeting her at Buckingham Palace, the day after his mother Queen Elizabeth died, on September 9.

During the meeting, which was partially filmed, King Charles III said the death of his mother was “the moment I have been dreading”.

As she offered her condolences, the King shook her hand and thanked her, saying: “You are very kind for coming – I know how busy you are.”

The King then met the PM again at his Accession Council meeting at St James's Palace several days later.