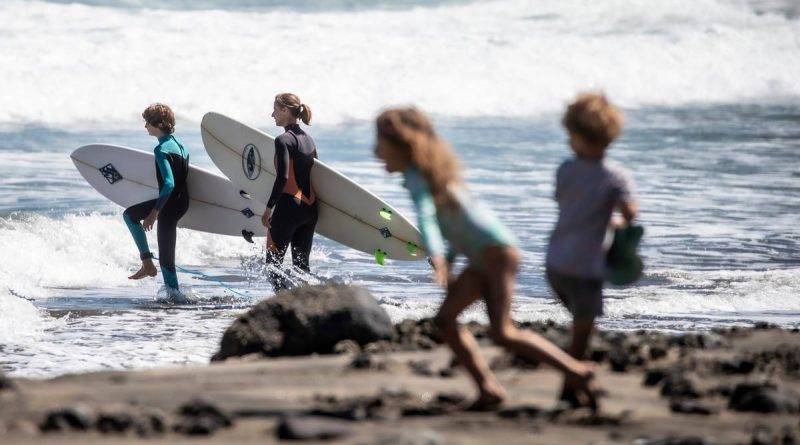 Kiwis are more physically active than they were five years ago but still lag behind Americans and Brits, a global study has found.

On average 58 per cent of New Zealanders are physically active – an increase of 6 per cent compared to 2015 – according to the Global Observatory for Physical Activity report.

That improvement is already leaving its mark with the percentage of deaths in New Zealand due to physical inactivity dropping 2.1 per cent to 10.6 per cent.

The study, which looked at 217 countries, showed 61 per cent of Kiwi men and 55 per cent of women did at least two and a half hours of moderate exercise a week.

New Zealand’s level of physical activity was higher than in Australia which was at 48 per cent and equal to Canada.

It lagged behind both the United States and England which sat at 68 per cent and 62 per cent respectively.

“It’s a step in the right direction but we have a long way to go,” said AUT Professor and Head of School of Sport and Recreation Erica Hinckson, who was one of the project’s researchers.

“For a nation like ourselves who pride ourselves on being sporty and being active, it’s not great.”

She said exercise was “absolutely crucial”.

“It’s a must for our general health, including our immune system, but also mental health and wellbeing.”

Hinckson had looked further into the New Zealand Health Survey data and found it was minority groups that contributed to most of the improvement. Physical activity among the Pacific Island community was up almost 3 per cent while Māori were up 2 per cent.

She believed that proved the value of programmes which were tailored to the local community, like Healthy Families.

More Government funding for locally driven community initiatives was needed in order to make a real difference, she said. It was those sorts of tailored programmes which she believed would get more women active.

Improvement to the built environment would also get more people moving by encouraging them to walk or cycle to school or work rather than drive, she said.

Making the most of the day

Farming used to give Rowena Duncum all the exercise she needed but since moving to town she’s had to make an effort to exercise for the first time.

Now executive producer of NZME’s The Country, Duncum started the year with a new routine which included at least an hour of exercise each weekday.

“Since Brian Kelly started doing the Country Sport Breakfast, I come into work at 6am,cross into his show from 6:15-6:21, then hit the gym, pool or physio pool until I start work at 8:30,” she said.

Only a month into her new routine Duncum, 34, said she was feeling “pretty amazing”.

“I have a lot more energy throughout the day rather than grinding through the hours until 5pm and going home and collapsing on the couch,” she said.

“I’m not yawning at work as much. I’m feeling like I’m making the most of the day. I don’t have to sit there in the evening feeling guilty.”

The Dunedin resident said she had lost a lot of the puffiness in her face and was fitting back into the clothes she had not been able to get into since she “found her lockdown baking groove”.

She said injuries, combined with excuses, had put a stop to her efforts every time she had tried to get into an exercise routine in the last two years but she started slowly and was now enjoying a mix of gym work and swimming.

“Mixing it up’s key. It doesn’t feel like a chore.”