The vote amended a law which previously required the whole cabinet to vote on the declaration of war. 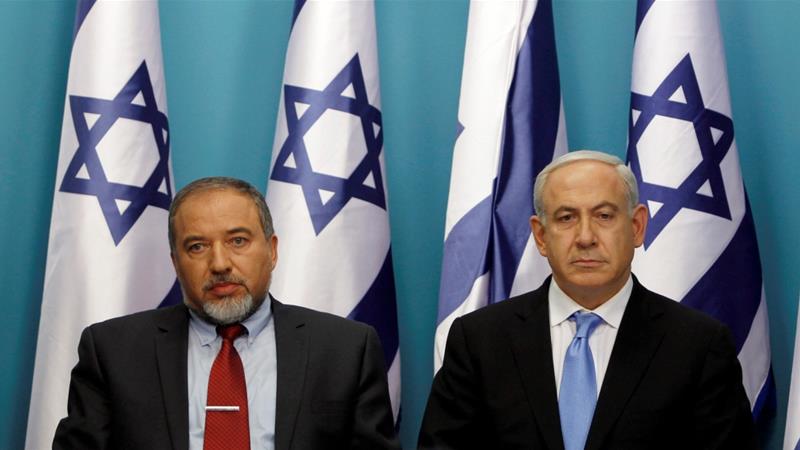 The Israeli parliament has voted in favour of granting Israel’s prime minister the power to declare war, solely with the approval of the defence minister.

The vote on Monday amended a law which previously required the whole cabinet to vote on such a move, transferring that authority to Prime Minister Benjamin Netanyahu and Avigdor Lieberman, his defence chief.

The Knesset approved the amendment 62 to 41, allowing Netanyahu and Lieberman to declare war in “extreme situations”.

The change was introduced by Netanyahu shortly before his theatrical presentation in which he claimed to present proof of Iran having secretly pursued a nuclear programme.

According to the Israeli Haaretz newspaper, the Foreign Affairs and Defense Committee and the Constitution, Law and Justice Committee initially voted against the proposal, but it was later approved by the Knesset during a second and third reading.

Although Netanyahu would currently require approval by Lieberman, it is not uncommon for Israeli prime ministers to be appointed as minister of defence during their time in office.

David Ben-Gurion, Menachem Begin, Yitzhak Rabin, Ehud Barak and Shimon Peres all served as ministers of defence during their stint as prime minister.

Netanyahu’s speech on Monday came against a backdrop of sustained efforts by the US and its allies in the Middle East to cancel, or at least renegotiate, the 2015 nuclear pact signed between Iran and the US, France, Russia, Germany, China, the UK and the European Union.

He claimed that Iran, after signing the nuclear deal, intensified its efforts to hide files pertaining to its nuclear programme.

Netanyahu has been a leading critic of the nuclear agreement, saying it fails to prevent Iran from gaining nuclear weapons capability.

He has also welcomed US President Donald Trump’s pledges to withdraw from the Iran deal if it is not changed.

Trump praised Netanyahu’s presentation as “good”, saying it and other recent events show he has been “100 percent right” about Iran.