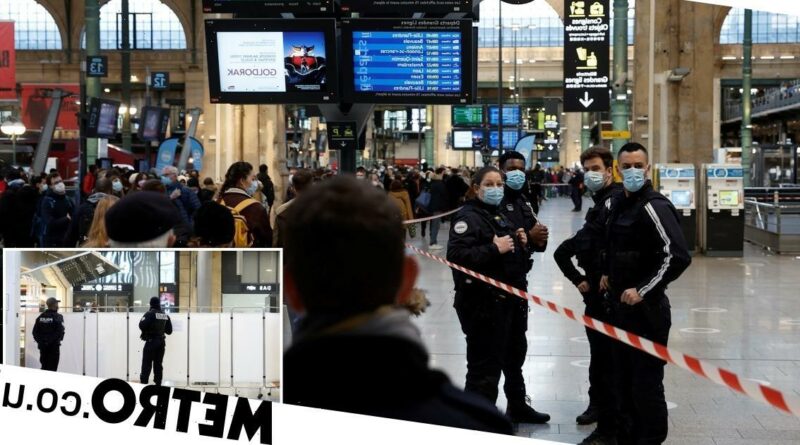 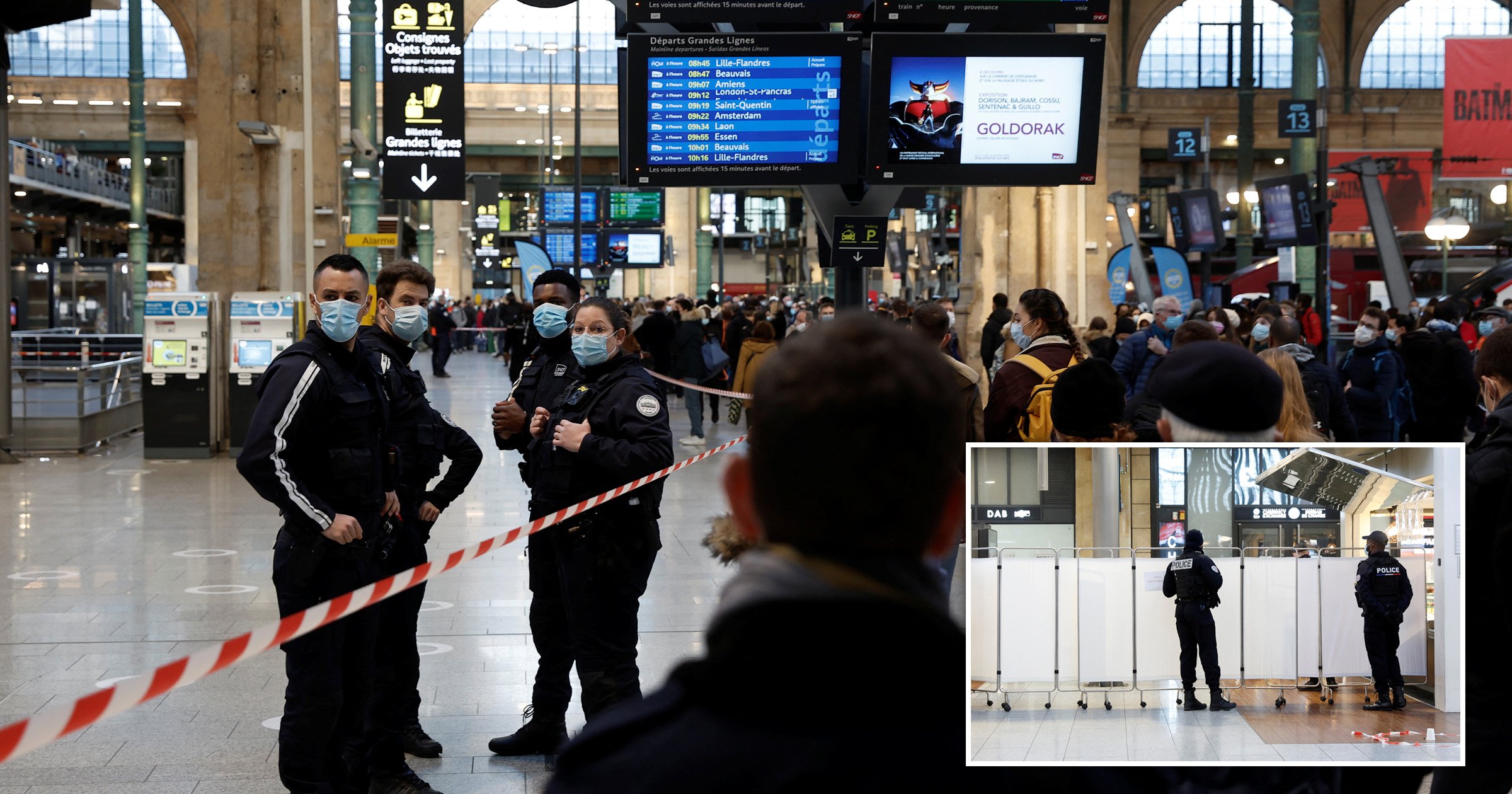 Police in Paris have shot dead a knifeman at a major railway hub, a cabinet minister says.

The man is believed to have threatened and attacked officers with a 12-inch knife with the letters ‘ACAB’ written on it – meaning All Cops Are Ba*****s – before they opened fire.

Authorities do not currently believe the incident at the Gare du Nord station on Monday morning was terror related.

He added that two police officers had sustained minor injuries.

The Paris-based journalist Peter Allen said that the man ‘had been a danger to police and travellers’ at the station.

Video on social media, which claims to be from the scene, shows some people running before two loud shots are heard.

Gare du Nord is one of Europe’s biggest train stations and home to Eurostar train services from London.

Mr Djebbari said traffic had been disrupted in the capital following the police’s intervention at the station.

But other details about the attack remain scarce.

France’s Interior Minister tweeted earlier that the incident took place at around 7am local time on Monday morning, adding that no members of the public had been hurt.

The knifeman is said to have died from his injuries at around 9am.

Concern over violent crime and terrorism are among the key issues for French voters ahead of April’s presidential election.