Russia has given Alexei Navalny an ultimatum to either return to Moscow from Germany on Tuesday or be jailed.

Navalny, a Russian opposition leader and one of Vladimir Putin’s leading critics, was airlifted to Germany for treatment in August after collapsing on a plane after being poisoned with novichok.

Russia has said it has seen no evidence he was poisoned and has denied any involvement in the incident. 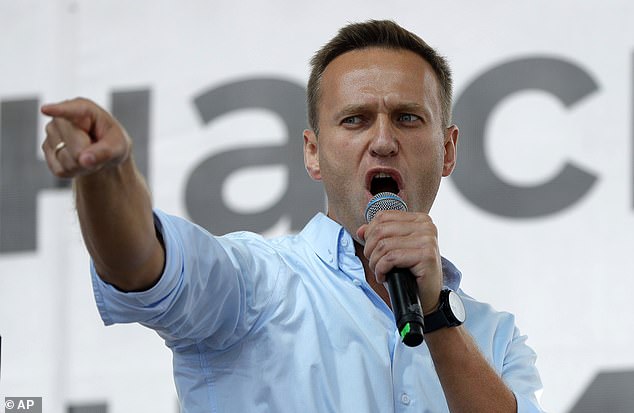 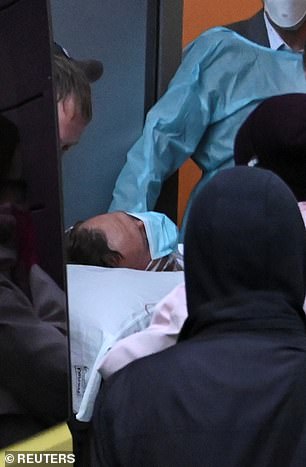 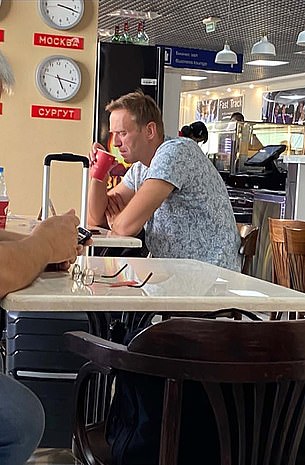 Emergency: An unconscious Alexei Navalny is taken to an ambulance after sweating, vomiting and collapsing on a domestic flight in Siberia

The Federal Prison Service (FSIN) on Monday accused Navalny of violating the terms of a suspended prison sentence he is still serving out over a conviction dating from 2014, and of evading the supervision of Russia’s criminal inspection authority.

Citing an article in the British medical publication The Lancet about his treatment, it said Navalny had been discharged from hospital in Berlin on September 20 and that all symptoms of what it called his illness had vanished by October 12.

‘Therefore the convicted man is not fulfilling all of the obligations placed on him by the court, and is evading the supervision of the Criminal Inspectorate,’ it said. 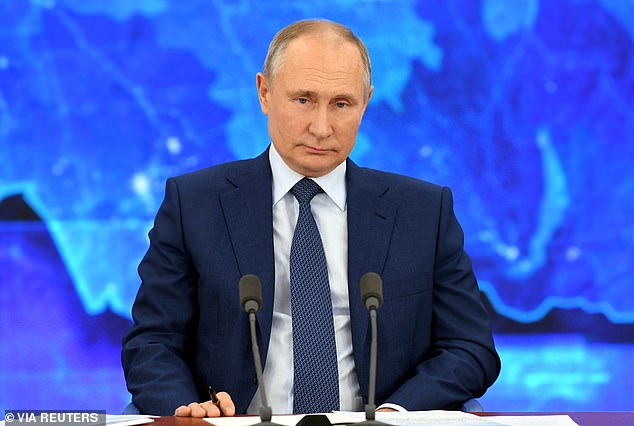 Navalny, a Russian opposition leader and one of Vladimir Putin’s leading critics, was airlifted to Germany for treatment in August after collapsing on a plane 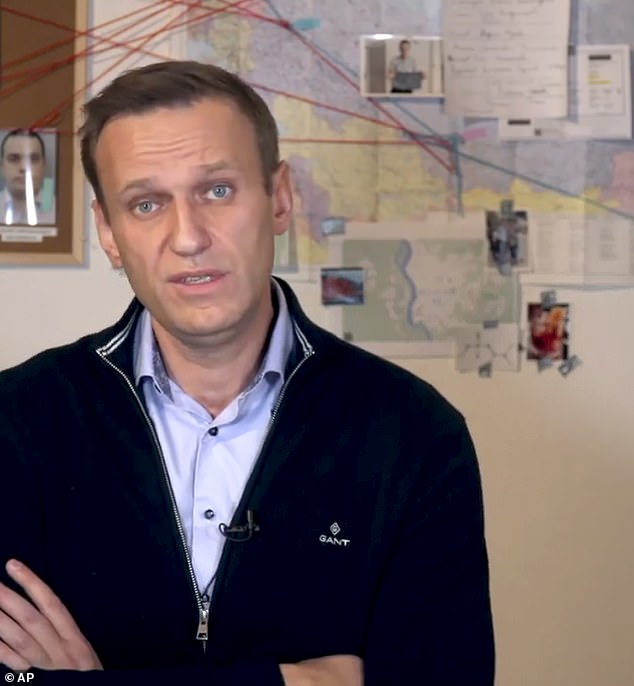 Navalny is serving out a suspended three-and-a-half-year prison term over a theft case he says was politically-motivated. His probation period expires on December 30.

The prison service said in a statement late on Monday that it had summoned Navalny to report to the inspection authority and that his suspended sentence could be changed to a real jail term if his suspected violations of the terms of the suspended sentence were proven to be true.

The prison service mentioned no deadline, but Navalny posted a screenshot of a message to his lawyer which said he had until 9am on Tuesday to return and show up at a Moscow office. 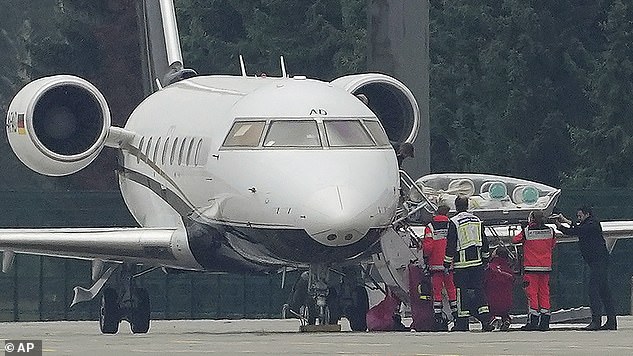 Airlift: Navalny arrives in Berlin two days after his poisoning, by which time his heart had slowed to 33 beats per minute and his body temperature was down to 33.5C (92.3F) 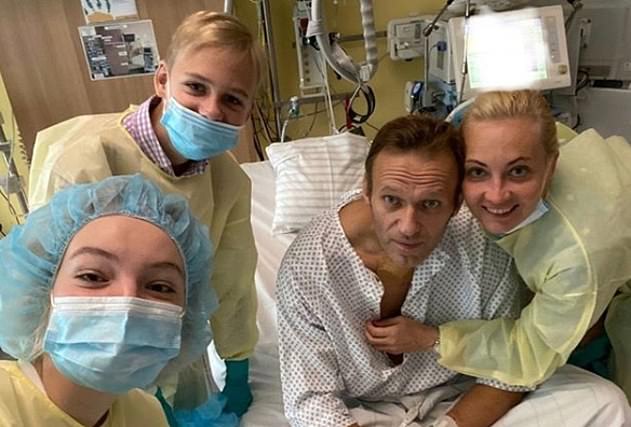 Recovery: Navalny with his wife and children after waking from his coma at the Berlin hospital where doctors say his previous good health contributed to his recovery

His spokeswoman, Kira Yarmysh, said on Twitter, it was impossible for Navalny to return in time, that he was still convalescing after his poisoning, and accused the prison service of acting on orders from the Kremlin.

‘There’s no way he could appear at the Moscow Criminal Inspectorate tomorrow. But does the FSIN really care about common sense? They were given an order, they are fulfilling it,’ she wrote.

The Kremlin has said Navalny is free to return to Russia at any time like any other Russian citizen.