"Spencer" actress Kristen Stewart gave a powerful call from the 2022 Independent Spirit Awards podium to support the people of Ukraine amid the invasion by Russian forces.

"Today we are compelled to stand with the people of Ukraine. They are risking their lives to fight for those very things," said Stewart, standing in front of a video screen lit up in blue and yellow, the colors of the Ukrainian flag. "We stand for the hundreds of thousands of refugees fleeing this war, both Ukrainians and those of other nationalities being denied safe harbor."

Hollywood acts on Ukrainian crisis: 'The Batman,' 'Sonic 2' held back from release in Russia 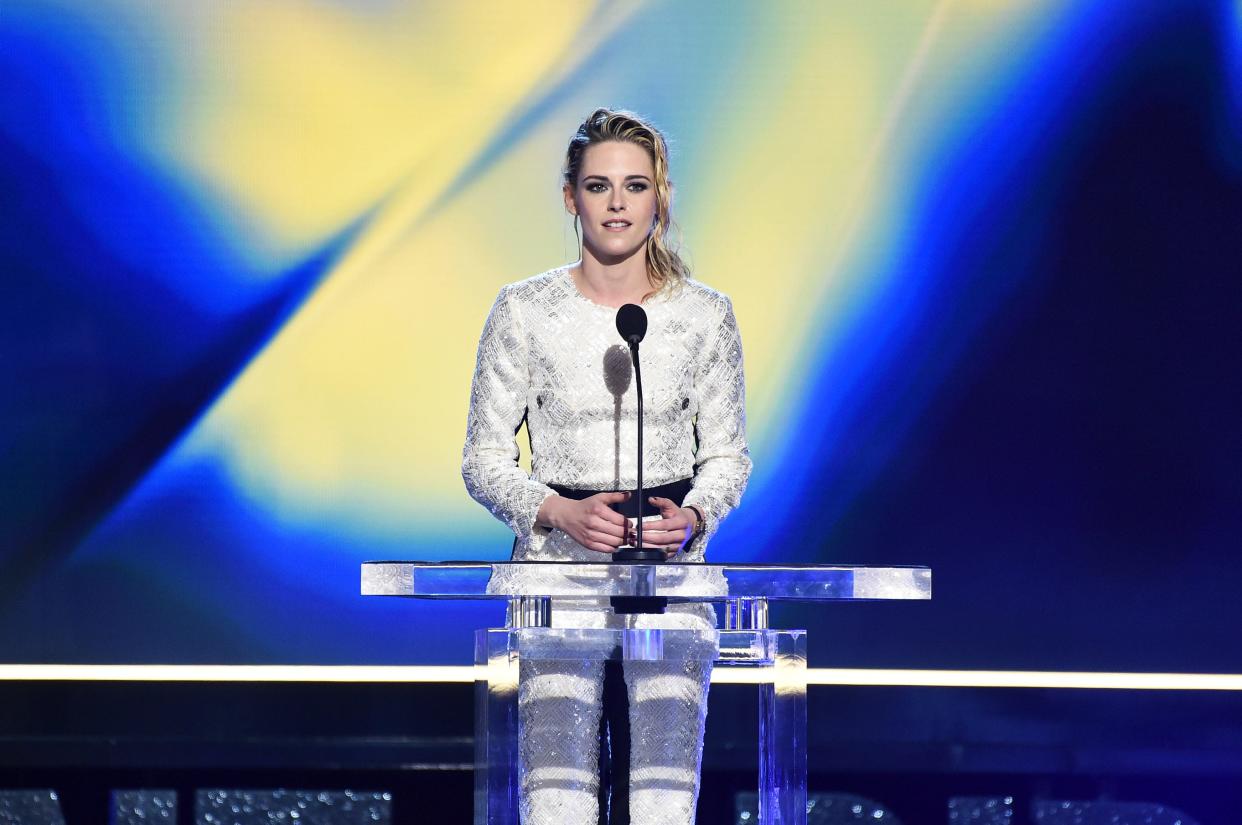 The award show's husband-and-wife hosts Nick Offerman and Megan Mullally had earlier stuck it to Russian President Vladamir Putin for the war in Ukraine, condemning him from the stage with an obscene hand gesture.

Offerman asked the crowd for a moment to "send our best wishes to those affected by the war in Ukraine and all unjust conflicts around the world."

Mullally added, "I think we speak for everyone here when we say we are hoping for a quick and peaceful resolution. Specifically, (expletive) off and go home, Putin." 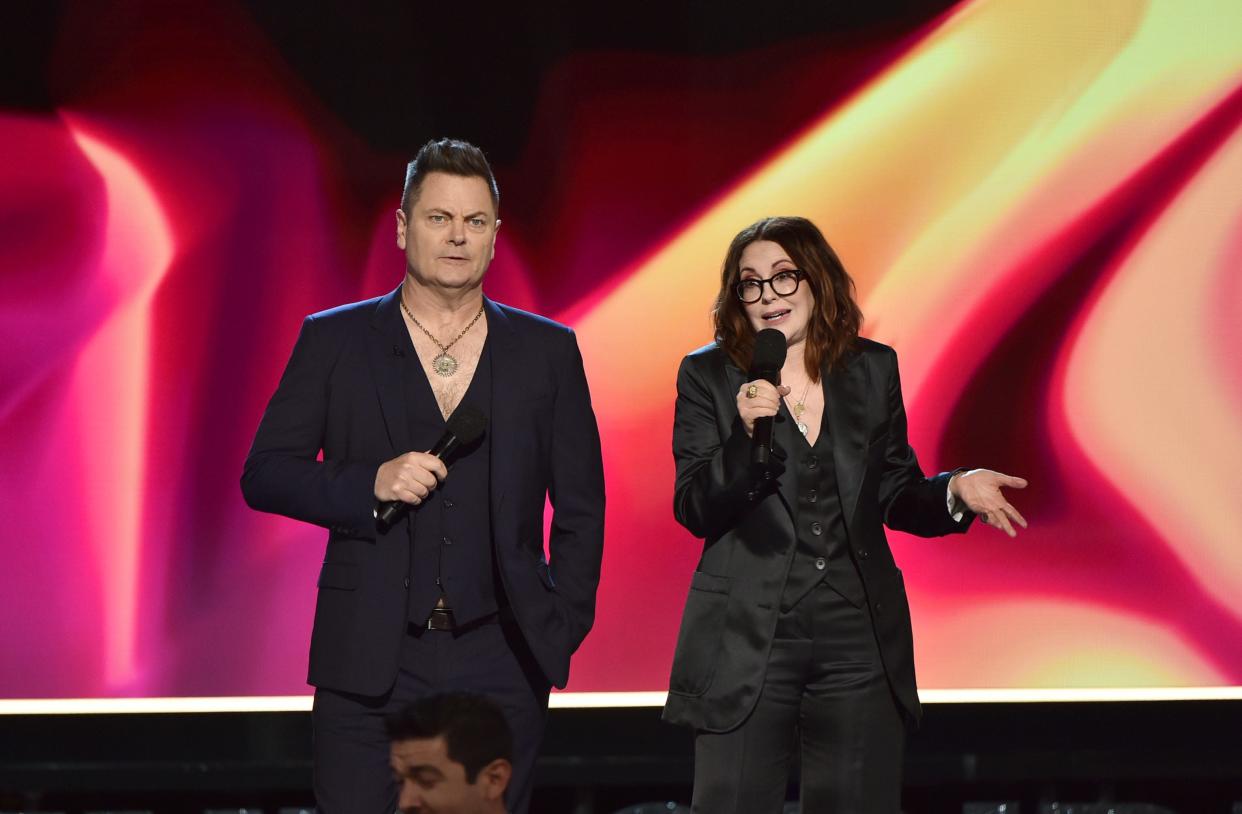 Offerman urged the audience to give a "Spirit Awards salute" to Putin, and Mullally then pointed out the many groups raising money for Ukrainian refugees. "Please give what you can to help the victims of this senseless act of aggression," she added.

It wasn't all serious for the zany couple co-hosts: At one point, Offerman walked onstage wearing little more than fire-engine red briefs and fishnet stockings for a skit involving a stripper pole, only to find out it had been cut from the program. "I guess I should cancel the naked backup dancers," he joked 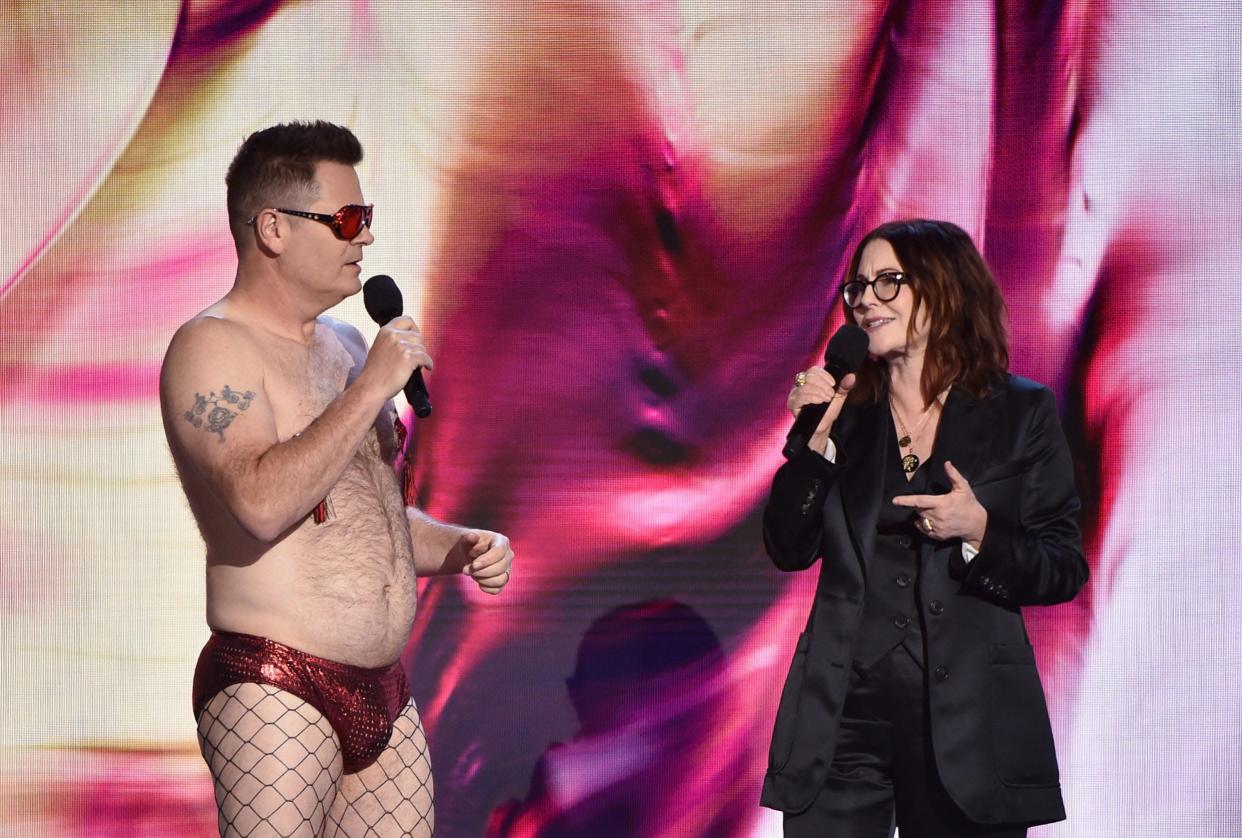 Maggie Gyllenhaal had a standout day with her directorial debut film "The Lost Daughter," which earned three major awards, including best feature, director and screenplay.

During her best screenplay acceptance speech, Gyllenhaal gave emotional props to husband Peter Sarsgaard. Her "favorite" actor "has read almost every single draft, heard all the music cues, taken our kids to the dentist, put them to bed, fed them breakfast, held my hand in Venice when we saw the movie for the first time, and most importantly, has taught me the beauty and the thrill of the real thing, as opposed to the fantasy."

"And that was the north star in this movie," Gyllenhaal said. 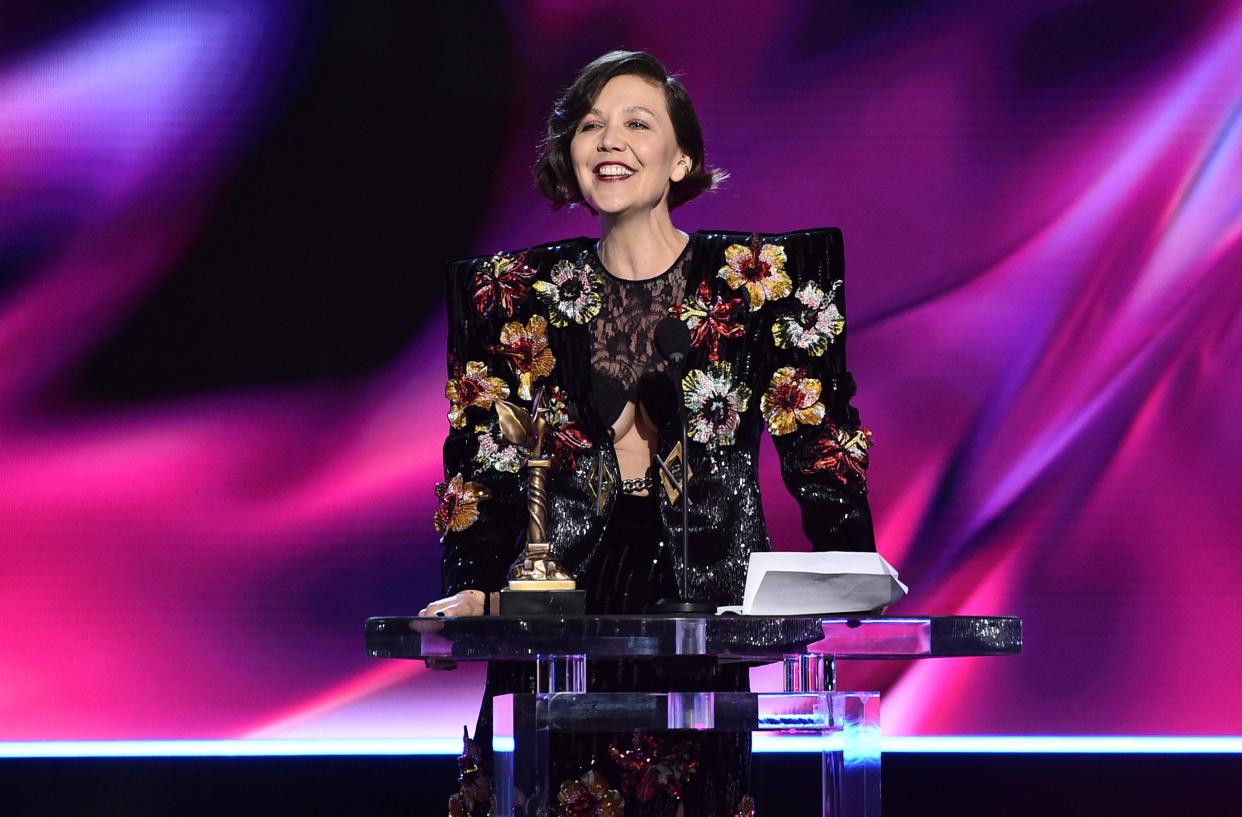 "You took a shot on me when I couldn’t get a call-back for a GEICO commercial," said Rex. "My career was in the toilet."

Rex praised the low-budget project "with a 10-person crew" made without film permits.

"We were hiding from police. We were hiding from neighbors. I was running down the street butt-naked. If this doesn’t embody the spirit of independent film, I don’t know what does,” Rex said. "This was basically a glorified student film."

"I'm not going to cry right now," Questlove said from the podium. "Look at us, we're living the dream, restoring history, bringing Black joy to the world." 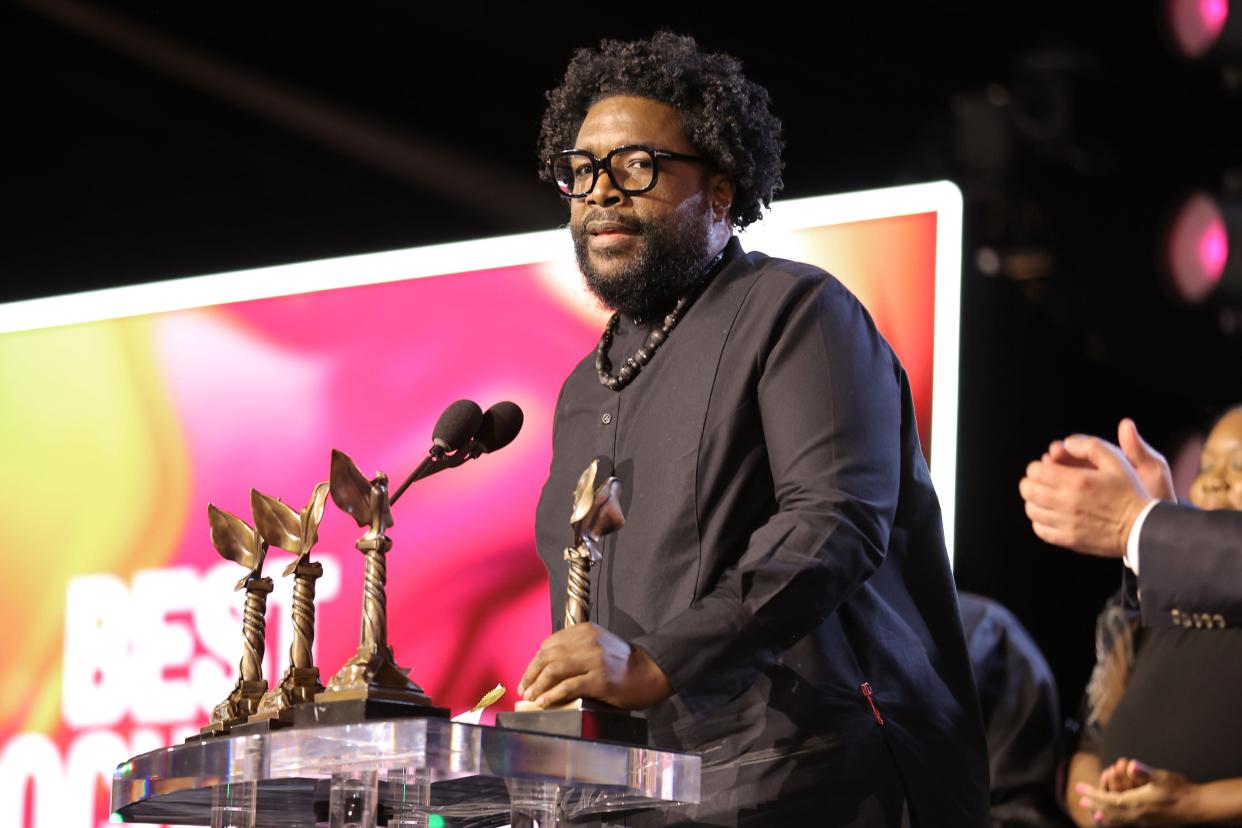 Best documentary: "Summer of Soul (… Or, When the Revolution Could Not Be Televised)"