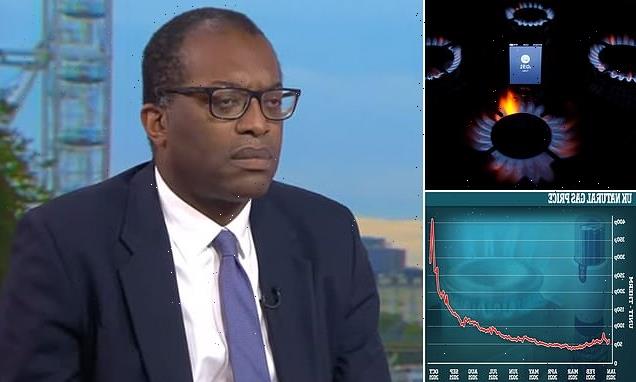 Kwasi Kwarteng today was unable to guarantee that there will not be gas outages in the UK this winter as rising energy costs continue to wreak havoc.

The Business Secretary said he is ‘convinced’ the nation ‘will have full energy supply’ in the colder months but he could not give a cast iron assurance.

He said he is ‘as certain as I could be’ that the energy supply will remain resilient but he warned the strain on gas is ‘global’.

Meanwhile, Mr Kwarteng said the consumer price cap on energy bills ‘will not be moved’ before April.

The Cabinet minister said the cap is the ‘biggest shield’ protecting consumers from a spike in prices.

Experts have warned consumers to brace for the next review of the cap in April amid fears soaring wholesale energy prices could push average annual bills through the £2,000 barrier for the first time.

Mr Kwarteng is under pressure to bring forward more support for high-energy industries as bosses warn some firms could be forced to shut within days because they can no longer afford to pay their bills.

The Business Secretary did not rule out introducing a price cap for industry as he said ‘we want to come up with solutions’.

Kwasi Kwarteng today was unable to guarantee that there will not be gas outages in the UK this winter as rising energy costs continue to wreak havoc. 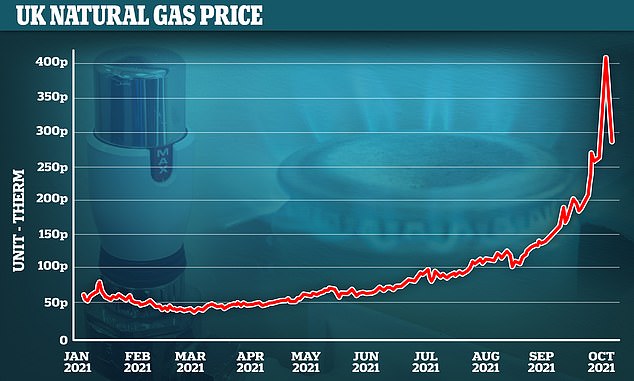 The Business Secretary said he is ‘convinced’ the nation ‘will have full energy supply’ in the colder months but he could not give a cast iron assurance. Wholesale gas prices have spiked in recent months 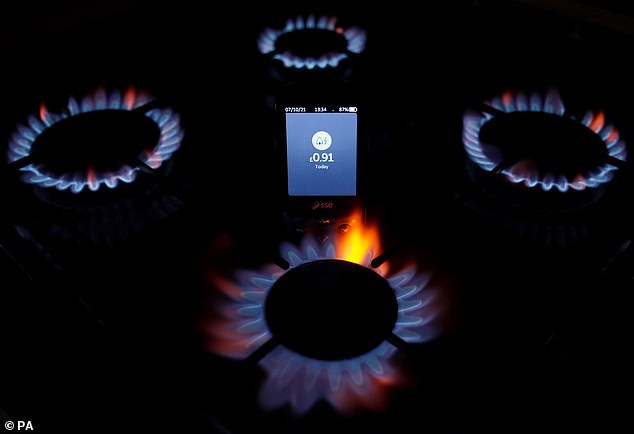 There are fears an increase in the energy price cap next April could push average bills above £2,000 a year

Mr Kwarteng was asked during an interview on Sky News this morning to guarantee that the domestic supply of gas will not be interrupted this winter.

He replied: ‘I think supply is critically important and I have always said that we have never had a problem, certainly in the last many years actually with security of supply.

‘Just for the sake of the viewers, it is important that we look at what the elements of supply are.

‘If you look at where our gas is coming from, where it came from last year in 2020, 50 per cent of that gas was UK continental shelf, it was from the UK, 30 per cent was from Norway and I spoke to the Norwegian energy minister only a couple of weeks ago and they are increasing their production, and 20 per cent comes from energy which is around the world through freight.

‘I am very committed, and convinced, that we will have full energy supply.’

Told that his comments did not amount to a guarantee, Mr Kwarteng said: ‘I am as certain as I could be because obviously, you know, this is a global issue so we have seen right across the world real supply chain pressures.

‘You have seen the Chinese have power blackouts, they are rationing supply.

Mr Kwarteng said the consumer price cap will not be changed before its next review point.

He said: ‘I have been very clear about this. The price cap is the biggest shield in terms of consumer prices and I have said repeatedly that it will not be moved.

‘It was set in August for the six month period between the 1st of October and the 1st of April and it is not being moved.’

Asked if people should consider wearing more layers to keep heating bills down and reduce demand, the Cabinet minister said: ‘It is up to people. It is amazing how people’s cold threshold can be very different.

‘Some people feel comfortable wrapped up in lots of different clothes, others wear relatively little.

He added: ‘My job as an energy minister isn’t to tell people how many layers of clothing they should wear. That’s not really my job.’

Mr Kwarteng hinted that more help will be made available to high-energy industries as they are hammered by surging costs.

Asked why the Government has not introduced an energy price cap for businesses, he said: ‘We are talking all the time to industry about what the best way forward is. 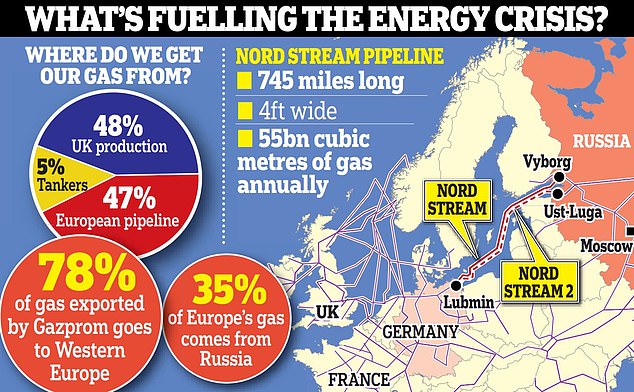 ‘Clearly we recognise that this is a global problem, we have got very, very high gas prices, very high electricity prices.

‘We already have support in place for industries and we are looking at ways that we can help industry.’

Mr Kwarteng said ministers ‘totally understand the pressures they are under and we want to come up with solutions’.

Ofgem warned last week there will be a ‘significant rise’ to the cap on energy bills next year – hitting millions of Britain’s poorest people.

As the gas crisis escalated, industry analysts suggested the current energy cap of £1,277 would rise by as much as £800.

Ofgem chief executive Jonathan Brearley, didn’t put a figure on it, but said there will be a ‘significant rise’ in the price cap set by the industry regulator which helps to control the cost of gas and electricity in the UK. 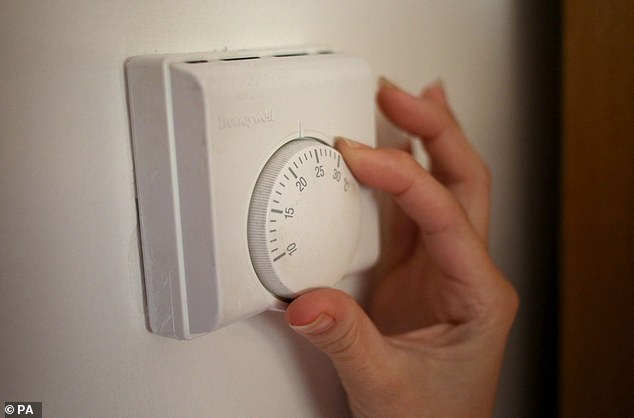 ‘We can’t predict everything, and the wholesale market, as we’ve seen, has gone up and down extremely quickly so we can’t predict fully what that will be,’ he told BBC Radio 4’s Today programme. ‘But, looking at the costs that are in the system, we are expecting a significant rise in April.’

As ministers faced pressure to do more to solve the energy crisis, Boris Johnson reportedly flew to Marbella to holiday in a private villa on the Costa del Sol.

Downing Street did not deny reports he had travelled to Spain, and declined to say whether the Prime Minister was working at Number 10 or in Chequers, as is commonplace.