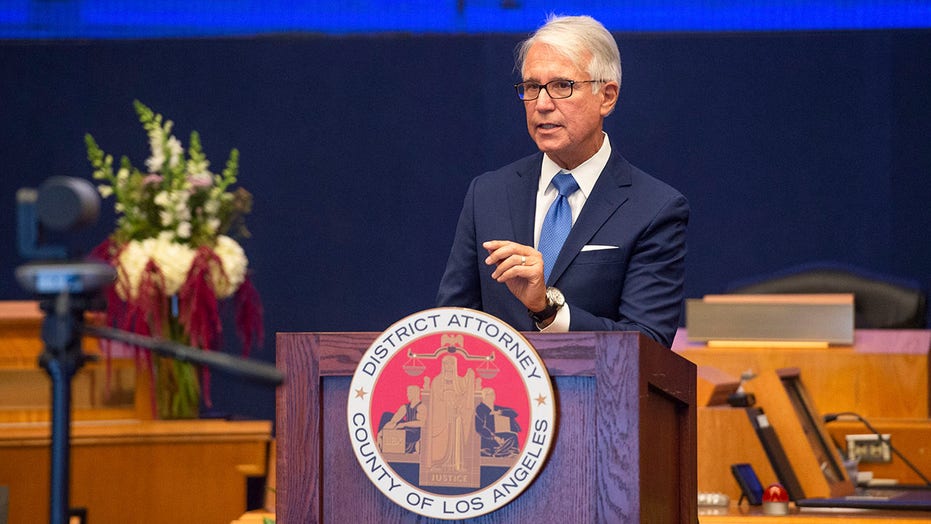 A mother in Los Angeles County says she feels "sick" after learning that special circumstance charges against three of the men accused of murdering her 20-year-old son and throwing him off a cliff were dismissed Friday under new District Attorney George Gascon’s sweeping reforms.

Desiree Andrade told FOX11 Los Angeles that the death of her son, Julian Andrade, left her devastated and that Gascon’s office has yet to reach out to her about the case.

"I felt let down by this justice system," she said. "I just ask you, George Gascon, to please think what you’re doing. This is not right, this is not fair on so many levels."

Andrade's son was found brutally murdered in May 2018.

Investigators have said Julian Andrade was repeatedly beaten and stabbed until he lost consciousness. The suspects, believing he was dead, drove him to the mountains in Azusa to dispose of the body. Realizing he was still alive, the suspects stomped on his head.

They threw his body off a cliff, according to investigators, but still heard him struggling. One suspect allegedly climbed down to attack the 20-year-old again.

The three suspects were charged with special circumstances of deadly weapon, kidnapping and robbery – charges that would have put them away for life without parole, if convicted. With those charges dismissed in court Friday, they could be eligible for parole in 20 to 30 years. 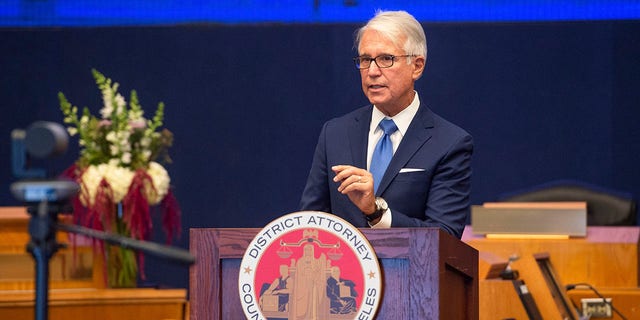 Los Angeles County District Attorney George Gascon speaks has promised more reforms to keep low-level offenders, drug users and those who are mentally ill out of jail and has said he won’t seek the death penalty. (Bryan Chan/County of Los Angeles via AP)

Andrade told the station that the suspects were "smirking from ear to ear" after the special circumstances were dropped.

Despite the setback, she vowed to keep fighting for justice for her son.

"I don't ever want to stand here and tell my grandkids, 'You know what? The law changed and I just sat back and watched,'" Andrade said. "Absolutely not."

Andrade isn’t the only mother of a murdered son who is speaking out against Gascon’s reforms.

While speaking outside of a Pomona courthouse on Friday, Gascon was yelled at by a woman FOX11 identified as the mother of Joshua Rodriguez, who was killed in 2015. Gascon planned to drop special circumstances filed for Rodriguez's accused killers, according to the station.

"My son can never speak again because he was murdered," she told Gascon. "He was kidnapped, tortured and murdered. My son matters."

Gascon can be heard on video obtained by the station saying that those yelling at him were too uneducated to not interrupt him. He later said that he did not know they were victims and issued an apology.

Gascon took office this month, promising to end sentence enhancements with "no exceptions," prompting outrage from victims’ families. Enhancements are policies that make certain behaviors extra punishable under specific circumstances like having a prior conviction.

In a reversal Friday, he said he would make exceptions for hate crimes and those involving child and elder abuse, sexual assault and trafficking and some financial crimes.

He said that although he had taken office on a promise to make change, he also committed to listen to and respond to the community.