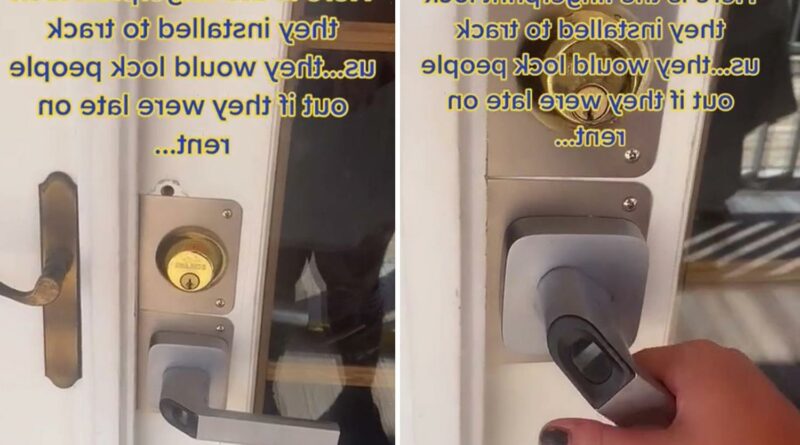 A LANDLORD has sparked fury after installing fingerprint door locks so he can keep tenants out if they fall behind on rent.

The high-tech security system requires residents to use the biometric lock – that leaves an electronic paper trail of their comings and goings. 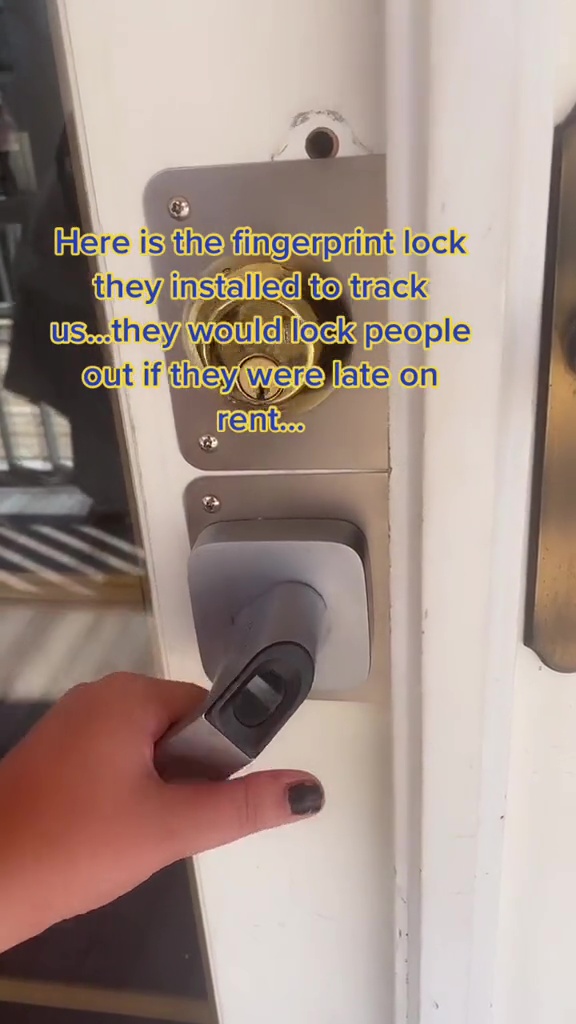 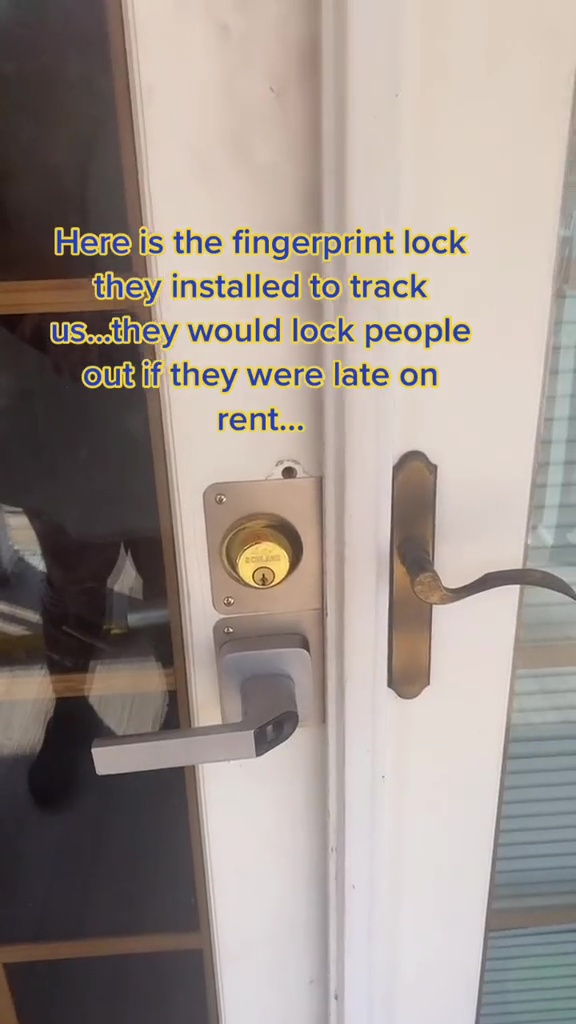 But that isn't the only concern, as locals in Illinois fear the property owner will leave those struggling to pay their lease out in the cold by disabling the lock.

The disturbing door lock was shared on TikTok by Jennifer Sushka, who uses the handle nerdypinkpanda, causing uproar on social media.

"Here is the fingerprint lock they installed to track us… they would lock people out if they were late on rent," the clip says.

She is seen demonstrating how to enter her home by pressing her thumb against the biometric scanner before the door opens.

One user commented: "That is insane! Surely illegal?? Landlords think they can do what they want."

Another wrote: "Now they have a record of when I am coming and going? When I'm home and not home? I don't like anyone knowing that info."

Others slammed the door lock as an "invasion of privacy" and raised concerns about other problems it could bring, such as enabling stalking and preventing family and friends from accessing the home.

"These new technologies are a weapon, and landlords will jump at the chance to use them."

It has sparked concerns greedy landlords will take advantage of the new technology – and tenant's lack of knowledge of the modern system – to throw residents out, despite it being illegal.

The Biden administration rolled out a federal eviction ban as Covid gripped the country – but its extension until October 3 was blocked by the SupremeCourt.

The ruling made it illegal for landlords to evict tenants as the economy came to a standstill – giving millions of struggling Americans home security – but they are now facing being kicked out again. 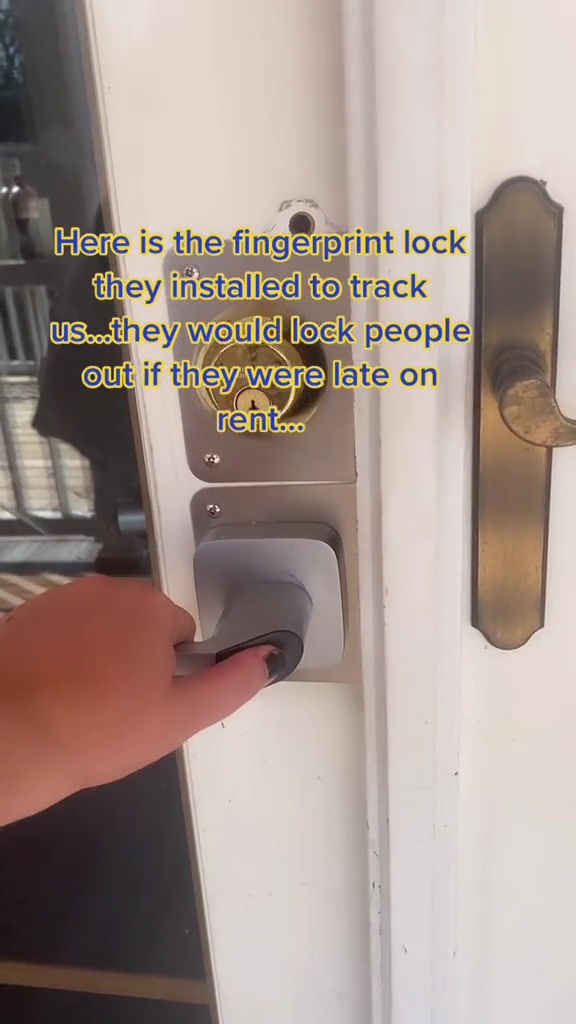