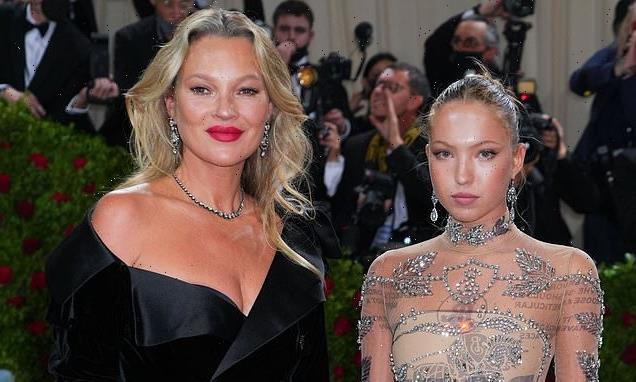 Why queenagers go to work in their flatforms (unless they’re laid low by flurona): The bizarre new words and phrases that emerged in 2022

Have you fallen foul of ‘skimpflation’, or contracted ‘flurona’ – perhaps during the recent ‘flockdown’? Or was this the year you discovered the joy of ‘fexting’, or a taste for ‘soysage’?

If this all sounds like gibberish, language expert ADAM JACOT DE BOINOD reveals some of the new words and phrases that emerged in 2022. 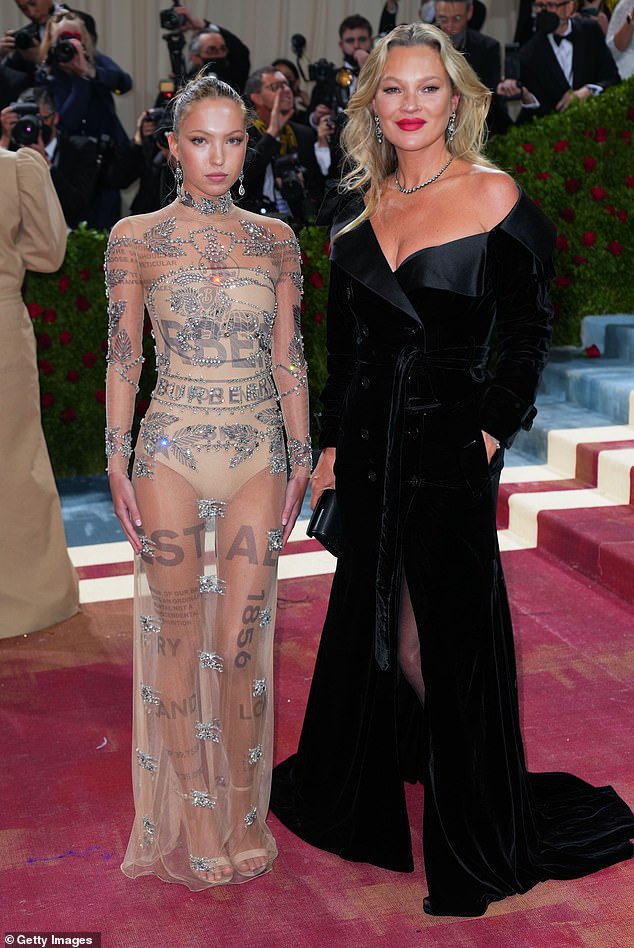 Nepo baby Child of an actor, a model or a musician who achieves success because of their famous parent (right: Model Kate Moss with her daughter Lila) 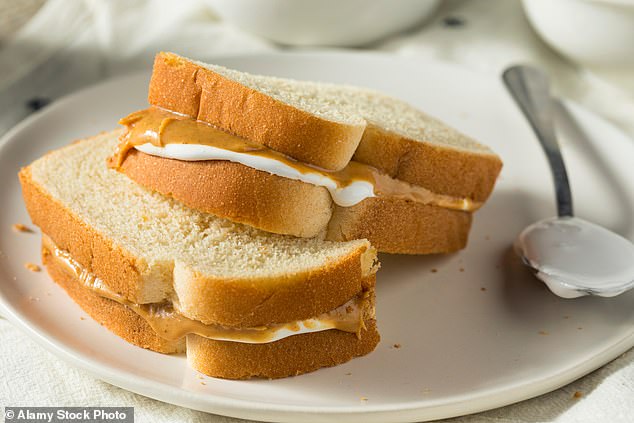 Fluffernutter: A sandwich of marshmallow spread and peanut butter on white bread

A sudden gust of wind during a thunderstorm that blows down from the sky, bringing with it a large quantity of rain.

The physical world, in contrast to cyberspace.

Content posted on social media that appears as a typical post but which is actually a paid-for advertisement.

The act of fighting with someone by exchanging text messages rather than speaking on the phone or face-to-face.

Doing no more work than one is contractually obliged to do

A sandwich of marshmallow spread and peanut butter on white bread

Travel to a warmer country in the winter to shun the cold weather and higher heating bills of one’s own country.

A significant change in the prevailing culture.

Strategic use of legal proceedings to intimidate or hinder an opponent.

Being infected with flu and Covid-19 at the same time.

The act of lying flat on the stomach with the legs stretched out, to counter unusually high temperatures.

A pedalling technique to increase efficiency in which the heel is lowered on the downstroke and lifted on the upstroke.

A typographic mark depicting a hand with a pointing forefinger.

Light-hearted crime fiction set in a small community, without any explicit violence.

The act of sharing news, images or videos of one’s children on social media.

Child of an actor, a model or a musician who achieves success because of their famous parent.

The act of pronouncing a word in another language in a manner influenced by one’s mother tongue.

A low, rumbling sound considered an inducement to sleep and relaxation.

A clay vessel you can scream into to release anger and frustration.

A vegetarian sausage made with soy protein.

To relocate people to designated villages (often compulsorily or forcibly).

Someone well-off who pretends they have to spend less money in order to appear to be in the same situation as others.

One whose job it is to find rare, expensive handbags, watches and jewellery to sell.

One who avoids wasting food or other resources and spends as little money as possible.

One whose job it is to look after a family’s children overnight during a holiday, while the parents go out to parties and clubs.

The choosing of clothes to make the wearer feel comforted.

A condition that makes someone feel on edge because they haven’t achieved the same landmarks as their peers.

The illegal practice of recruiting people to work for a company that doesn’t exist.

When the price of a product or service stays the same but the quality worsens.

A careful driving technique that minimises the amount of fuel used.

The study of how someone taps the keys on their mobile phone, thought to provide information on their personality.

A middle-aged or elderly person paid to promote products on social media.

A woman of middle age or older who leads a busy life, has fun and dresses stylishly.

Software that allows an employer to monitor someone working from home.

Canine trained by police to use its sense of smell to find digital devices used by criminals.