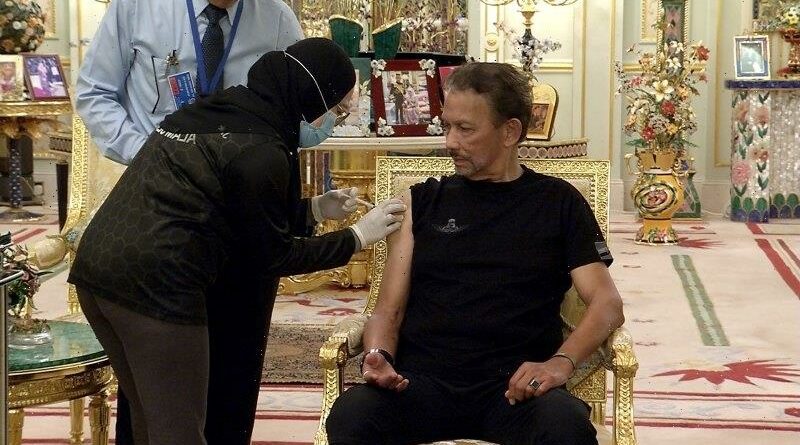 Singapore: For 457 days Brunei went without a new case of COVID-19 as the region battled the virus and was then devastated by the Delta variant.

That 15-month streak is over, however, after the emergence of dozens of new infections in the south-east Asian sultanate.

Surrounded by the Malaysian state of Sarawak and the South China Sea, Brunei has now entered a two-week lockdown as it tries to avoid the trajectory followed by neighbouring countries who withstood the worst of the virus for many months before succumbing to Delta.

“What we’re seeing in Brunei is, is the borders have been broached. Now it’s just a question of whether they can put the cat back in the bag like China is trying to do at the moment.”

Before the discovery of seven new cases on Saturday burst the bubble, its last positive was on May 6, 2020. But with numbers rising – there were a record 38 new infections in the community on Monday – Brunei is back on the defensive.

People shop at a local market in Bandar Seri Begawan, Brunei’s capital. Restrictions and protocols including mask wearing have now been re-imposed.Credit:Getty Images

Samples have been sent to Singapore to determine if it has been infiltrated by Delta, mosques and schools have been closed and masks have been declared mandatory as authorities investigate the return of the virus.

“Compared to the [outbreak] last year, we don’t know the sources of many cases this time around,” Health Minister Mohd Isham Jaafar said.

“We know that the weakest chain is mainly smuggling routes and frontliners from the airport to hotels.”

One of the world’s last remaining absolute monarchies, oil-and-gas-rich Brunei has been a “COVID-zero” success story with fewer than 500 cases and three deaths throughout the pandemic.

On top of tight border controls, the regime of Sultan Hassanal Bolkiah insisted on strict compliance with social distancing measures and other protocols.

Nadia Azierah Hamdan and William Case of the University of Nottingham Malaysia have reported that this has been achieved by “nurturing loyalties among its citizens through its provision of public sector positions and comprehensive welfare schemes” and by systematic enforcement.

“Brunei’s enclave economy and dispersed energy founts leave the country less porous and densely urbanised than its south-east Asian neighbours,” they wrote in the East Asia Forum this year.

“Its insulated, relatively prosperous and diffuse population has aided greatly in slowing the rates of viral transmission.”

Its small population of 450,000 and the centralised government have helped Brunei’s Ministry of Health track and trace fast and effectively.

Yet despite its vast wealth and tiny size, the Islamic sultanate has not been immune from the vaccination challenges faced elsewhere.

Its government has previously announced a plan to use five vaccines – Pfizer, Moderna, Johnson and Johnson, Sinopharm and AstraZeneca – in its public rollout but only 34 per cent of people have had at least one shot and less than 10 per cent have had both.

The low rates leave Brunei less equipped to begin living with the virus as Singapore, with more than 70 per cent full coverage, is starting to do.

Delta has now also got its claws into the Philippines, which had managed to avoid the wildly infectious strain until mid-July. It has also swept through most of south-east Asia from Indonesia to Myanmar, capitalising on a triple whammy of large populations, under-resourced health care services and insufficient vaccine supply.

Brunei, ASEAN’s smallest nation, can only hope it is not next.