Home » Lawsuit less than a week after Honolulu police shooting 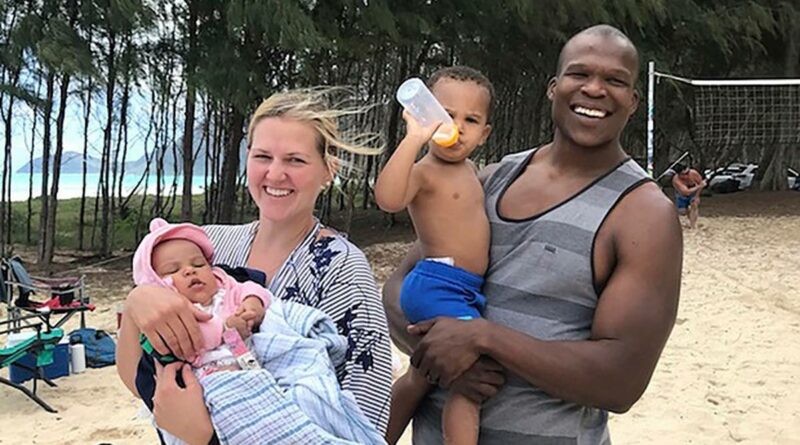 The family of an unarmed black man shot and killed by Honolulu police filed a wrongful death lawsuit alleging officers were motivated by racial discrimination.

Lindani Myeni, 29, walked into a Honolulu home, sat down and took off his shoes last week, prompting the occupants of the house to call 911, police said.

Less than two days later, police released two clips from responding officers’ body camera footage. In one brief clip, an officer is heard yelling for Myeni to get on the ground. Three shots ring out before an officer says, “police”.

In releasing the footage, Acting Deputy Chief Allan Nagata acknowledged officers didn’t identify themselves before shooting. But he said it was clear they were police, even in the dark.

Officers were in a “fight for their lives,” Nagata said, adding that Myeni had assaulted the officers, punching one of them until the officer briefly lost consciousness. A stun gun didn’t seem to have an effect on Myeni, Nagata said.

“What we do know, is that notwithstanding HPD’s claim that this is not about race, Lindani was treated aggressively and disrespectfully from the very beginning, even though the tape shows he was standing still,” said Bridget Morgan-Bickerton, one of the lawyers representing Myeni’s wife and two young children. “We also know that Lindani was subjected to deadly force without even being given the chance to hear the required words ‘this is the police’.

The lawsuit said officers shined blinding high-intensity flashlights at Myeni, a South African national of Zulu ancestry married to a US citizen. As a trained rugby player, he defended himself against an armed assailant, the lawsuit said.

It was the police’s fault that Myeni chose to fight when he could only see men holding lights and a gun on the moonless night while a distraught woman shouted, “that’s him,” said James Bickerton, another lawyer representing his family.

It’s not known what Myeni was doing at the home. The property had been advertised as a vacation rental, the lawsuit said. He could have intended to inquire about that or mistakenly thought he was visiting an adjacent temple that’s open to the public, the lawsuit said.

“Under these very difficult circumstances we ask for patience to allow the Honolulu Police Department to conduct a thorough investigation. We will reserve additional comment until the facts of the case have been determined,” Blangiardi said.

Representatives for the police department didn’t immediately comment on the lawsuit.

Myeni’s widow, Lindsay Myeni, said the family moved from the US mainland to Hawaii, where she grew up, because they felt the racial diversity of the islands would make it a safer place to live.

She said she wants to see the entire unedited footage and any 911 recordings.

“The last thing I wanted to do was to have to go to court just a week after Lindani’s death, but our requests for information have been ignored,” she said.