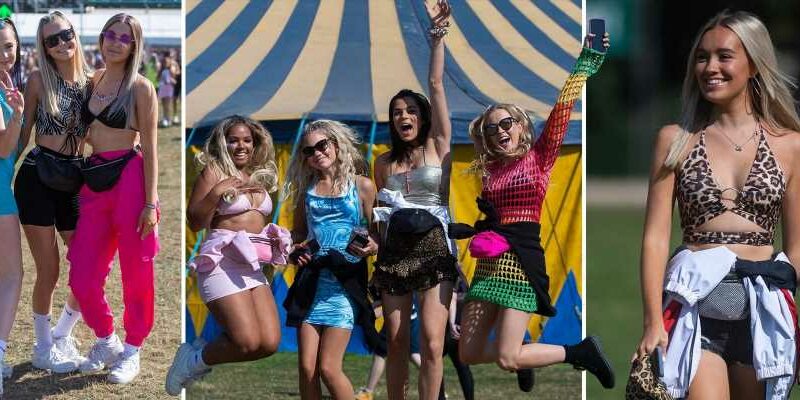 The much-anticipated booze fest – which runs across the bank holiday weekend – is off to a blazing start, with highs of 21C at the West Yorkshire site. 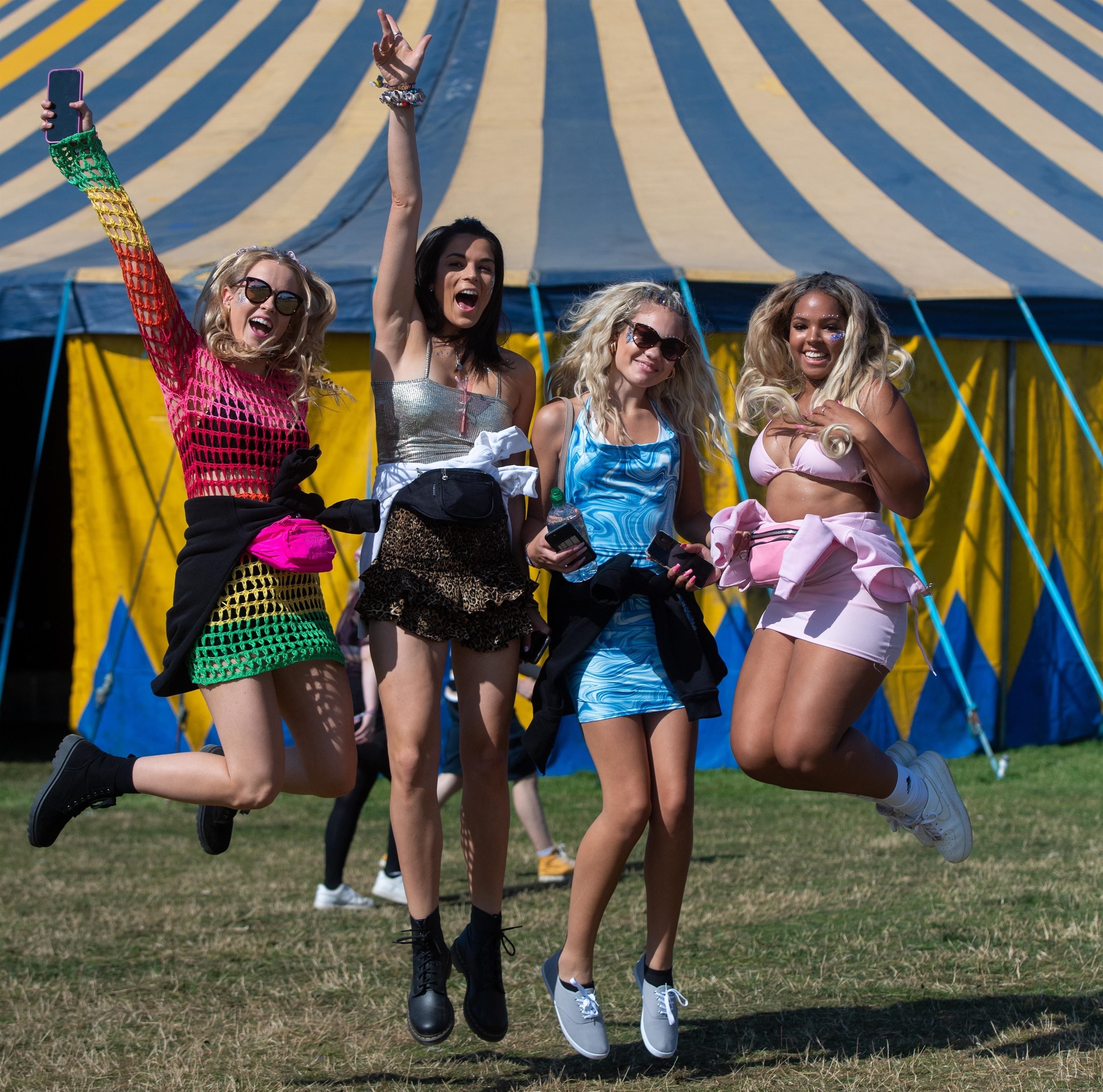 Meanwhile, the event's sister festival in Reading looks to be a far less muddy affair than in previous years,with highs of 20C at the Berkshire fields.

Scantily clad partygoers in Leeds lathered on the suncream before posing for pictures as they kicked of the event's second day.

Reading and Leeds Festival is one of the first major festivals to officially reopen its doors since Covid restrictions were lifted.

Headliners including Stormzy, Post Malone and Liam Gallagher will take to the stage to the delight of thousands of screaming fans.

Back in February, keen music fans caused the Reading and Leeds Festival's website to crash just minutes after organisers announced the event would be going ahead.

While the number of attendees has not yet been confirmed, the Reading site has held around 87,000 punters in previous years, while Leeds has had a 75,000 capacity.

This year's fans must either prove they are double vaccinated, have a negative NHS Lateral Flow Test taken on the day of arrival or a positive PCR test within 180 days of the festival.

The hot weather won't stop at the festival, with the UK set to bask in a 25C Bank Holiday scorcher this weekend – but traffic will be bumper-to-bumper as millions hit the road.

But the RAC has warned 16.7 million road trips between now and Monday will lead to chaos on the roads – with 13m of us planning overnight stays.

The AA's boss described the M25 as "full", even though it has an extra fourth lane to take motorists.

Staycationers planning a last-minute trip away will be bracing for plenty of delays as they pack up cars this morning.

Forecasters say almost everyone will see sunshine, with no rain at all forecast.

Those in Northern Ireland and western Scotland will get the best of it today.

Tomorrow, people in the south of England will see the warmest temperatures of up to 25C. 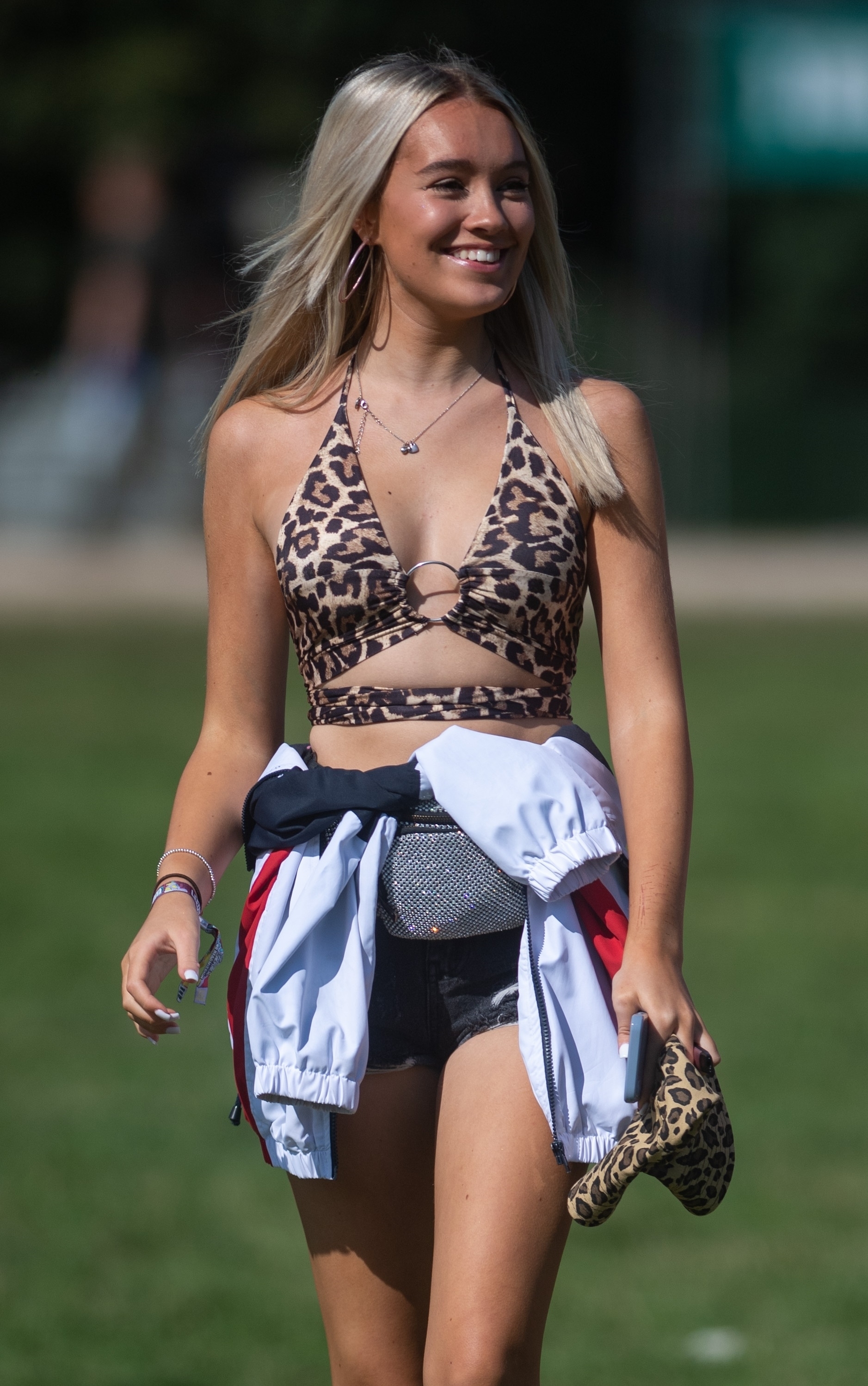 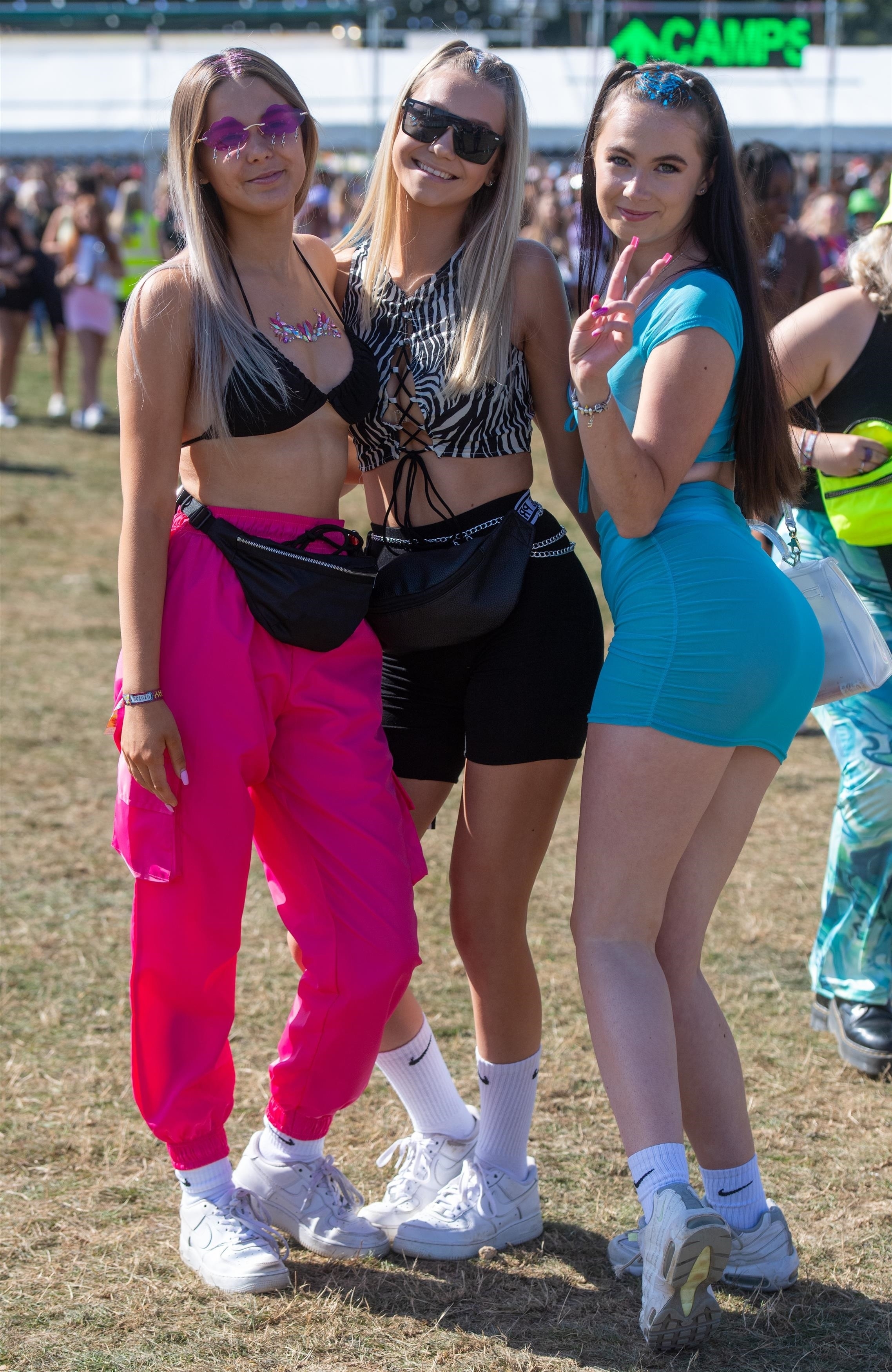 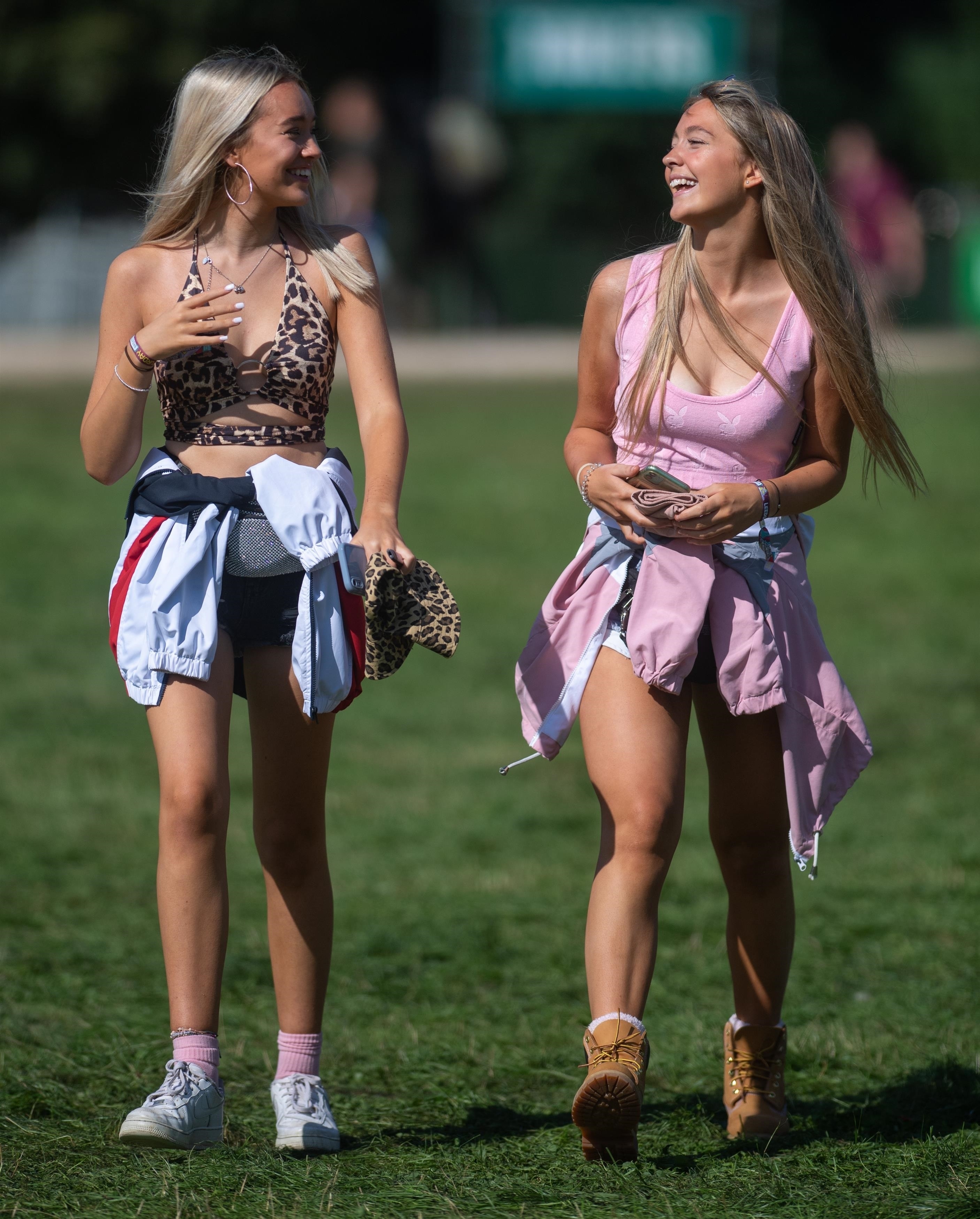 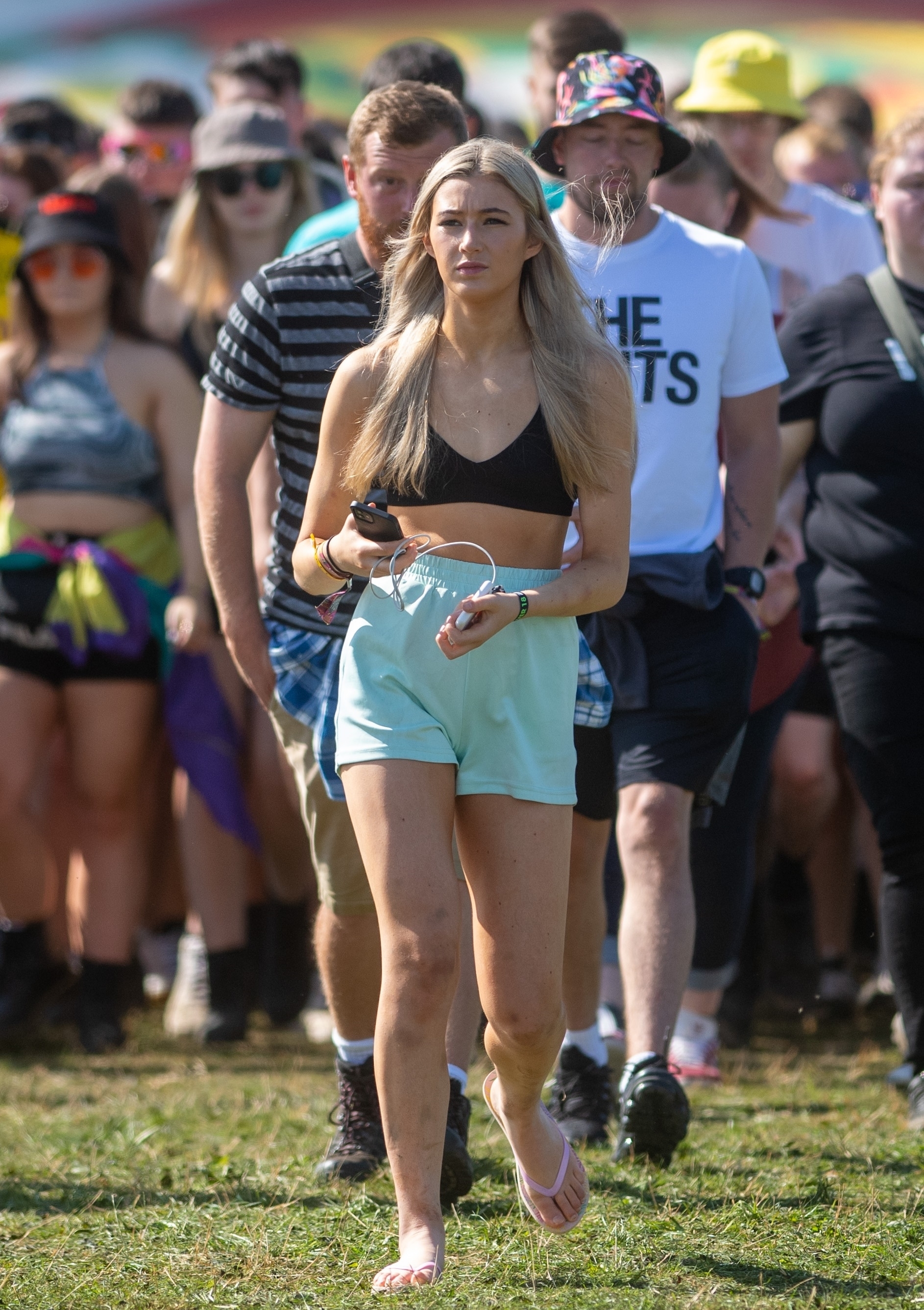