Home » World News » Les wanted to be Australia’s biggest flower grower, instead he gave his land away 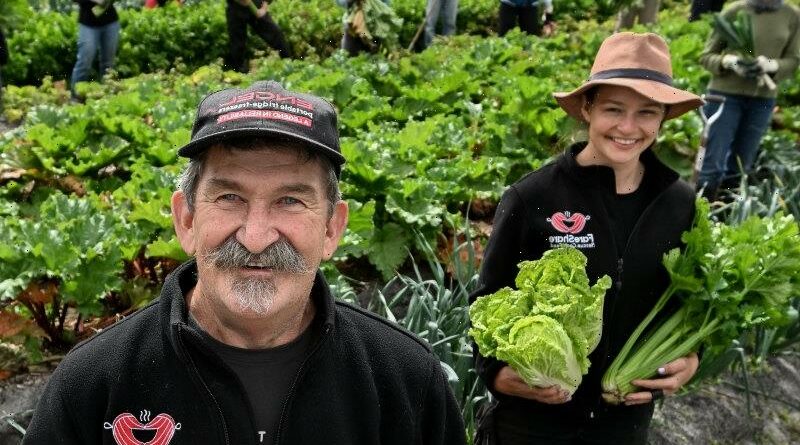 When Les Baguley’s grandkids complained “you only ever hear about the bad people”, he would reassure them plenty of good ones exist, you just don’t always hear about them.

Then, he showed them. 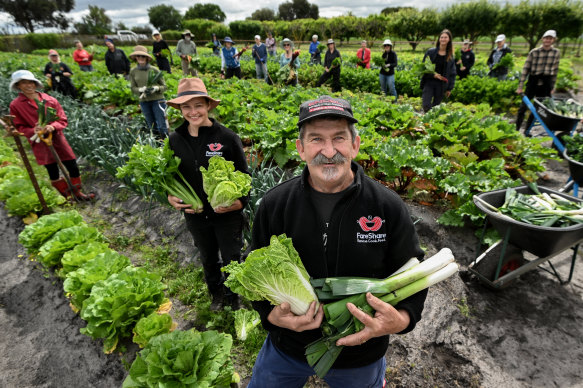 After he had a stroke and decided helping people mattered more than money, flower farmer, Les Baguley, gave over his valuable, semi-urban farmland to food charity FareShare, which will use the produce in 400,000 meals this year.Credit:Joe Armao

A second-generation flower grower, Baguley had set out to build on his parents Frank and Isabel’s huge industry legacy, and become “the biggest and the best” in Australia’s cut flower market. He was working 100 hours a week, with 156 staff, when he had the stroke that transformed what he thought he wanted from life.

Paralysed down one side, he started growing vegetables for rehabilitation, and, according to long-time friend, Joan Datson, “being Les, he couldn’t just put in a few plants, it had to be a whole row”.

As he healed, his vegetables did so well they “got a little bit out of control”, so, through a friend, Baguley says he began connecting with and donating to welfare agencies and giving them away. 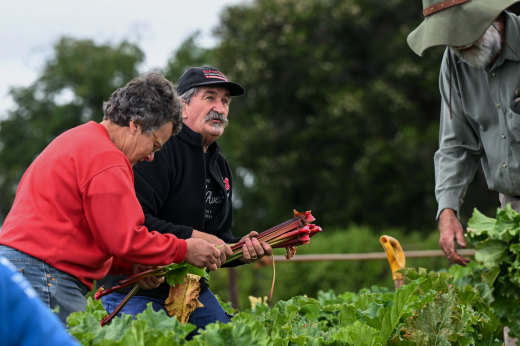 Les Baguley and his long-time friend Joan Datson, who volunteers as a farm worker on his FareShare land, at this week’s harvest of rhubarb.Credit:Joe Armao

Once he returned to full health, he felt giving mattered more than maximum wealth, and decided to donate his land, his time, and the costs of running his farm to grow food for those in need.

“When you have a life-changing experience like a stroke, your outlook on life changes; you start to think about what really matters in your life,” says Baguley, who realised, “I’m a person who likes to help people.”

He gave his first parcel of land to the food charity FareShare (operators of Australia’s two largest charity kitchens) around six years ago, paying all the overheads, doing all tractor work and overseeing the planting, care and harvesting of 21,000 kilograms of produce in 2017. It is used to supplement the fresh food the organisation “rescues” from supermarkets that would otherwise go to landfill, and is cooked by other volunteers.

By 2019, the volunteer gardeners under Baguley’s instruction had increased his land’s output to 67,000 kilograms of veg.

This year, as floods and the rising cost of living cause many people who would not otherwise have needed help to reach out for food assistance, he is ploughing more of his valuable land in Clayton South in Melbourne’s south-east to prepare it for new beds for FareShare. He intends to exceed 2021’s food output of 100,000 kilograms – providing ingredients for 400,000 meals.

The farmer does not want to publish the amount he spends from his own pocket running the land, but safe to say it is more than double the average gross Australian income.

The farm has been so productive this year that 50 extra volunteers are needed to help with harvesting cauliflower, leeks, carrots and kohlrabi. 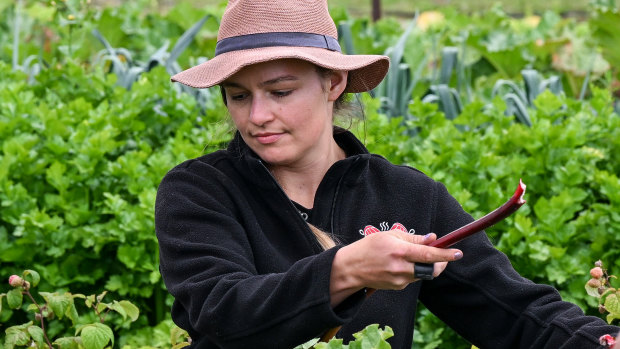 FareShare chief executive, Paul Conroy, says demand is so great the group has 45 agencies on its waiting list to receive meals.

“Employment isn’t a guarantee against food insecurity,” says Conroy. “Food cost is the first thing people compress; they can’t avoid rent/mortgage payments or car registration but you can reduce your costs by either skipping meals or spending less and buying really bad meals that fill you up but don’t do you any good.”

Baguley farm’s produce means the group, which won a Food for Good award at the recent Good Food Guide Awards, does not have to rely on the “lucky dip of rescue [food]” and can plan menus eight weeks in advance.

Volunteer Rose Mann, a former medical anthropologist at Melbourne University, started volunteer gardening four years ago, doing tasks including weeding, planting and harvesting vegetables, and says as well as feeling part of something useful, the camaraderie is a big attraction.

“I really enjoy it: we have fun, we laugh, but we have serious conversations with each other as well. It really is something you enjoy, while recognising that you’re producing something of real value after it,” she said.

For Baguley, the reward is in the satisfaction of knowing he is a “small cog” in providing nutritious meals to those who need it.

“I feel guilty taking [vegetables] most of the time,” he says, “I think, ‘this could have fed someone else’.”