LGBT rights campaigner Peter Tatchell today accused a council of ‘homophobia’ for taking out a court injunction to stop gay men having public sex in a park.

The year-long injunction, which began last month, means anyone taking part in an illegal activity at the park can be taken to court and face up to two years in prison.

Mr Tatchell also claimed the council were carrying out ‘eco vandalism by cutting down bushes, to increase the likelihood that members of the public will see sex acts’. 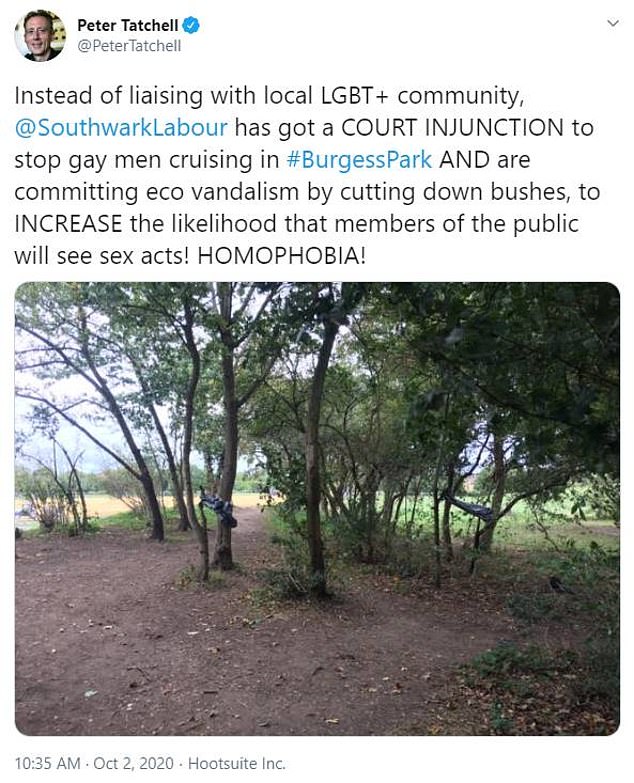 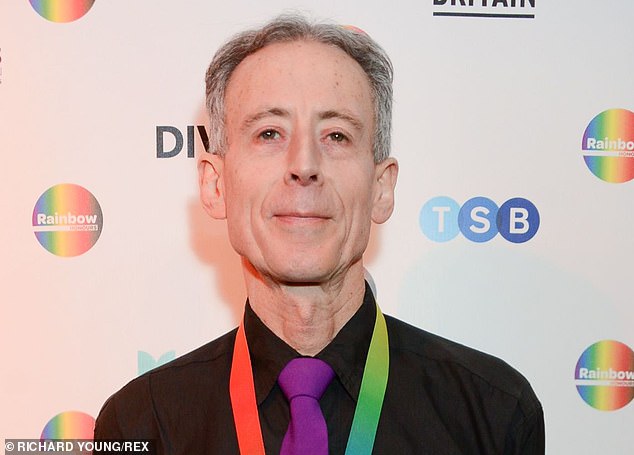 He tweeted: ‘Instead of liaising with local LGBT+ community, @SouthwarkLabour has got a COURT INJUNCTION to stop gay men cruising in #BurgessPark AND are committing eco vandalism by cutting down bushes, to INCREASE the likelihood that members of the public will see sex acts! HOMOPHOBIA!’

The order by Southwark Council, which is also intended to target illegal raves, is said to have followed increasing complaints of men having sex at the park.

One incident allegedly saw a woman with young children see three men having sex in a wooded area of the park at 8am one morning during the school holidays in August.

Neighbours have also complained about live music in the park until 3am and claim there has been a huge amount of litter including condoms in recent months.

There are also said to have been problems with drug-dealing gangs in the park as well as people carrying weapons, with police carrying out sweeps in the area.

Southwark Council’s injunction, which was brought in on September 2, now bans amplified music, carrying a weapon, fighting and sexual activity.

It also prevents gatherings of more than 20 people after 9pm, although this has now been superseded by the ‘rule of six’ law brought in on September 14.

Speaking after the injunction was granted, Rebecca Lury, deputy leader of Southwark Council, said: ‘We are delighted that the courts have agreed to help us better address dangerous behaviour in Burgess Park, by granting our temporary injunction application – for one year.

‘Recorder Lambert QC, at the County Court at Central London, recognised the impact that unlicensed events and other illegal behaviour, has had on neighbouring residents, our staff, the police and other emergency services, this summer. 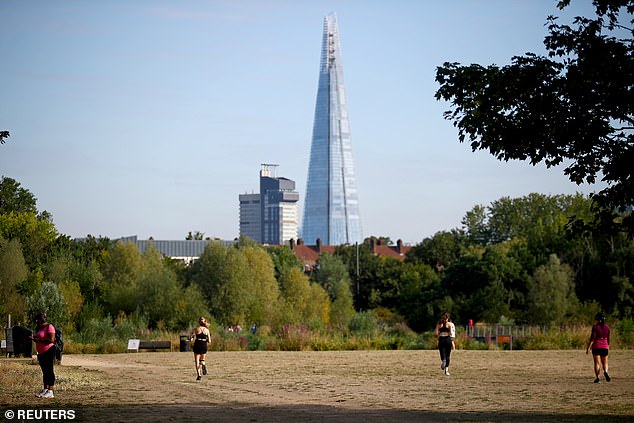 ‘As ever, our goal is to educate and prevent dangerous behaviour in our parks, but this injunction will allow our officers greater powers.

‘If people refuse to do as they ask, in line with the seven terms of the injunction, they will be found in breach of a court order and in contempt of court.

‘This could result in a fine, and up to two years in prison. This injunction is designed to help us tackle illegal raves, violence and other dangerous behaviour in the park.

‘It will be used responsibly to maintain Burgess Park as one of south London’s biggest and most beautiful open spaces, and a place that families and local people can safely enjoy.’