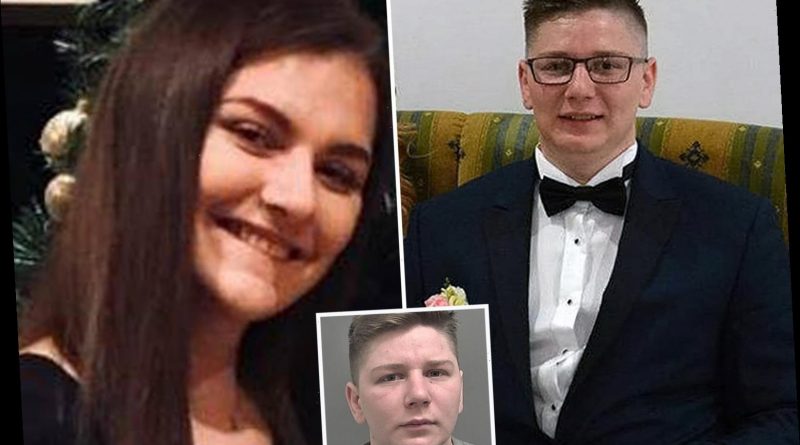 A MARRIED butcher has today been found guilty of raping, murdering and dumping tragic Libby Squire in a freezing river.

Pawel Relowicz, 26, was prowling the streets looking for a victim when he came across the "extremely vulnerable" student, 21. 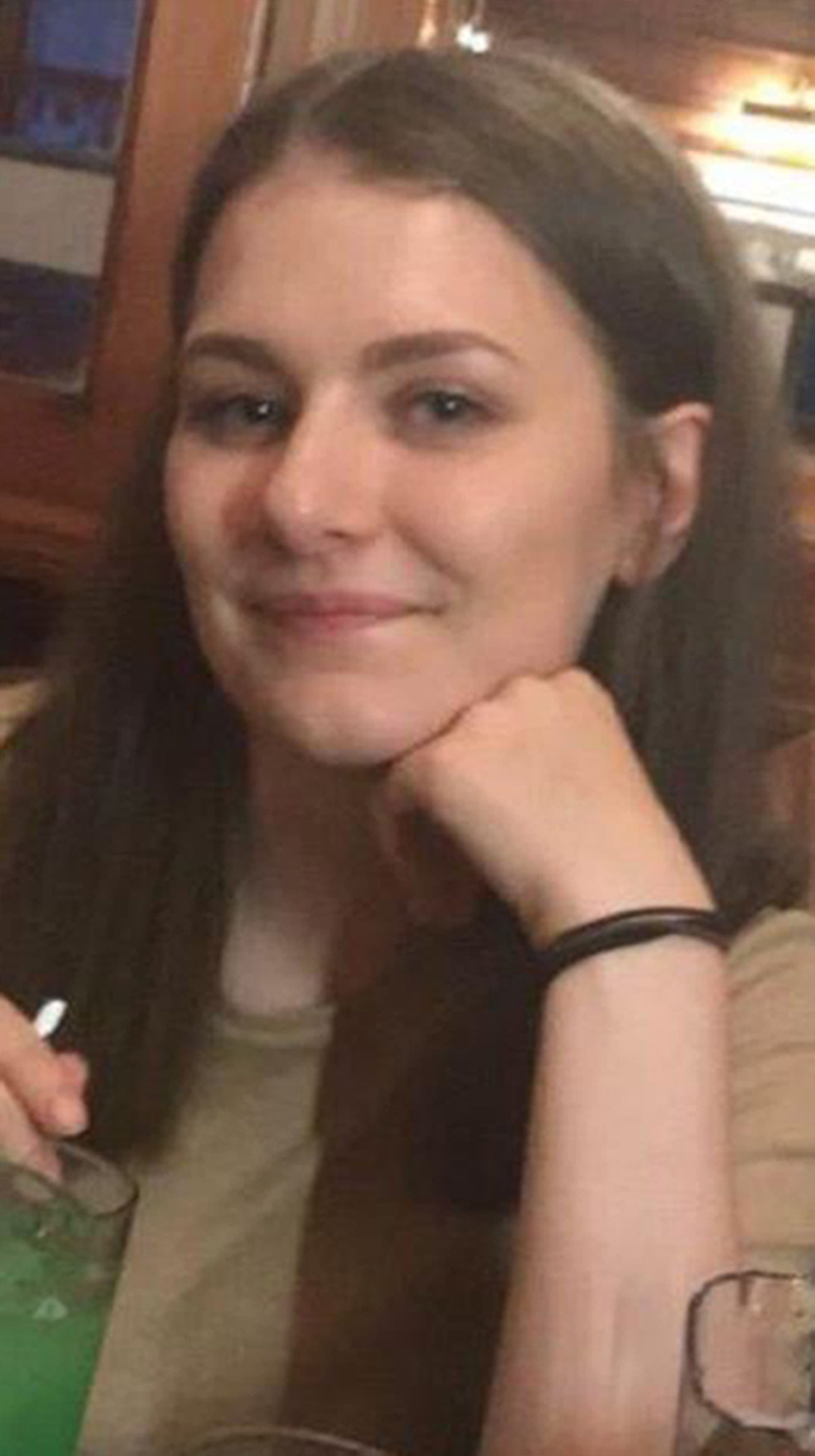 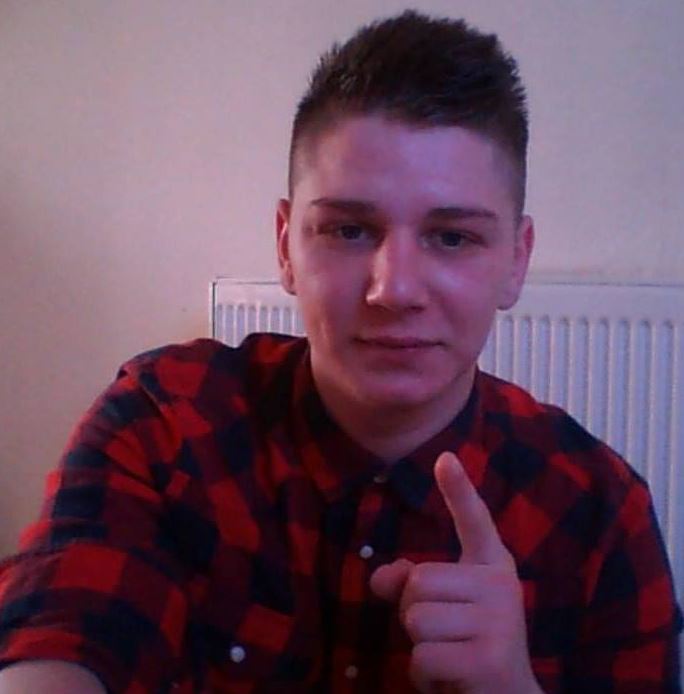 After forcing Libby in his car, the dad-of-two drove her to remote playing fields where he raped her before dumping her dead or dying in the river Hull.

She was discovered six weeks later on March 20, 2019, in the Humber estuary by a fishing boat – a gold necklace bearing the letter 'L' still hanging around her neck.

Meanwhile, monster Relowicz began spinning a web of lies in a callous attempt to dupe police – including claiming he had consensual sex with Libby.

But jurors today saw through his deception and convicted him of rape and murder at Sheffield Crown Court after 27 hours and 55 minutes of deliberation.

The conviction comes just over two years after philosophy and religion student Libby vanished in Hull on February 1, 2019.

Relowicz, who showed no emotion when the verdict was read out, was remanded in custody ahead of sentencing tomorrow.

Libby's heartbroken parents held hands and cried from the public gallery ahead of their daughter's killer being convicted. 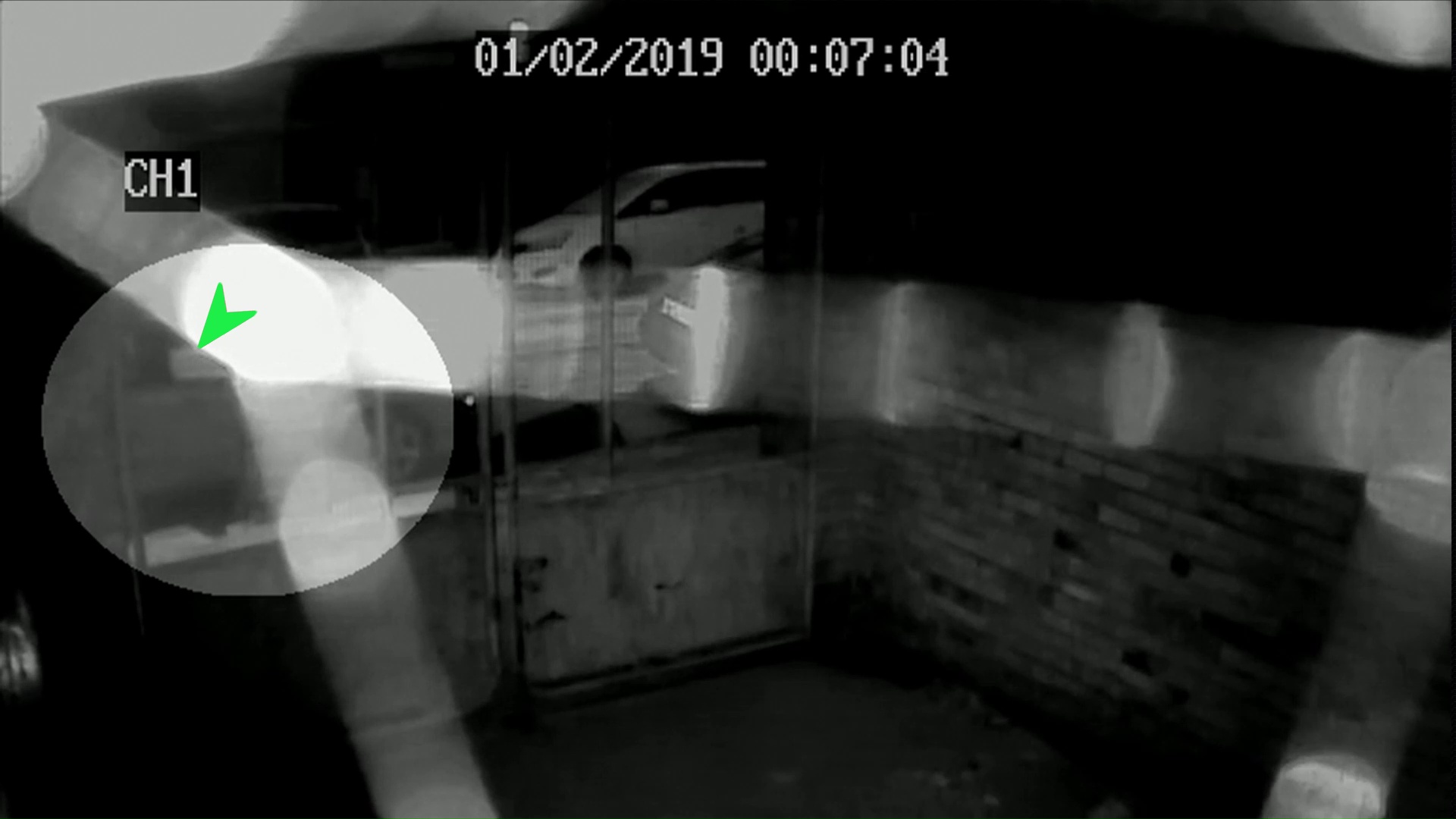 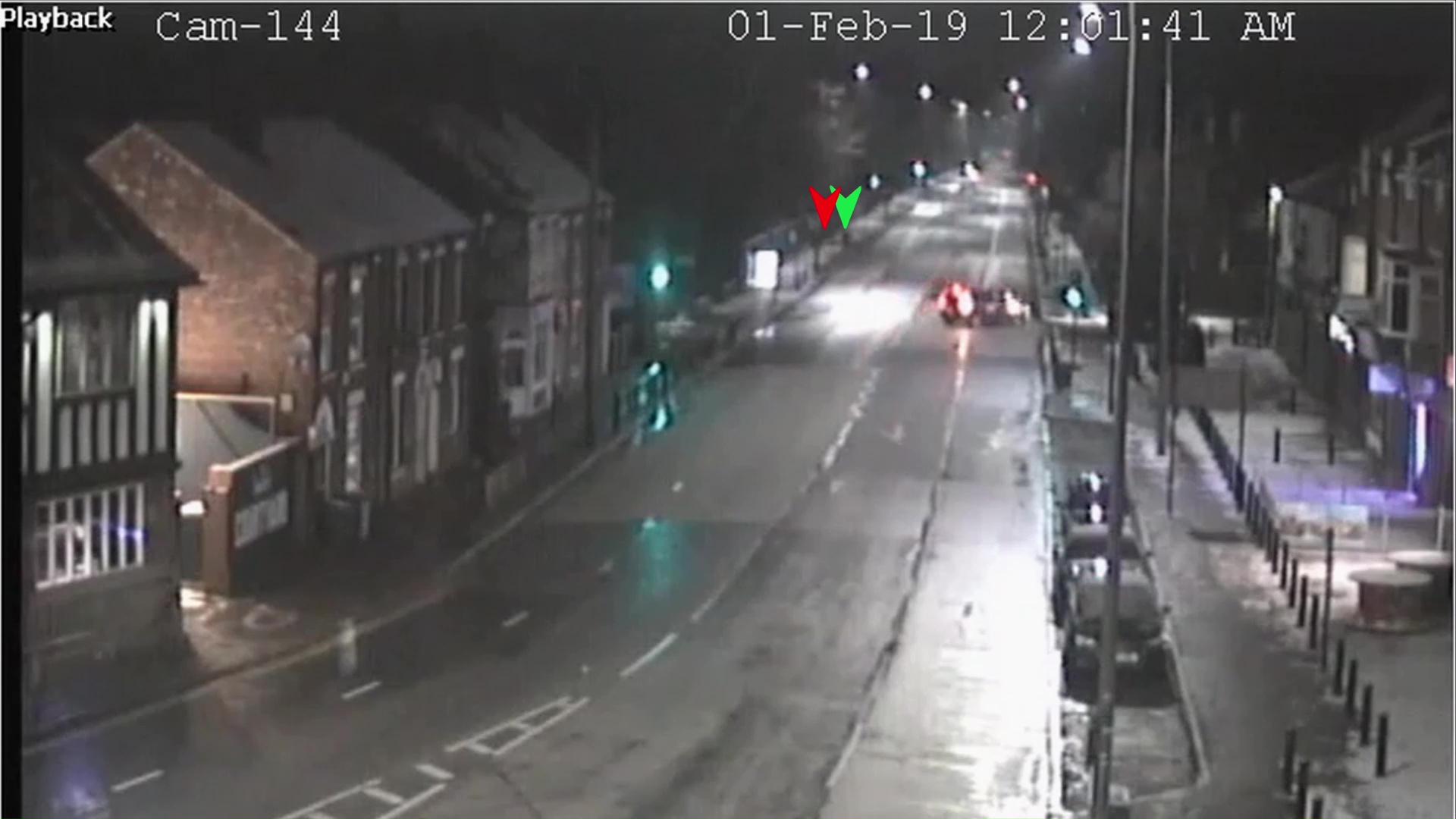 During the trial, the court was told Relowicz was a convicted pervert who was described as a "disgusting" Peeping Tom who "violated intimate moments" by his own lawyer.

He had exposed himself to women and performed sex acts on himself in the street in the year leading up to Libby's death.

Relowicz also watched them through their windows as they changed or had sex and swiped underwear and sex toys from women's homes as "trophies".

Sickeningly, the married dad-of-two admitted he had a "fetish" and was looking for "easy sex" on the night Libby vanished.

In a "terrible twist of fate", it was then he saw Libby – "intercepting" her as she walked the freezing streets of Hull moments from her home.

Libby leaves her student home at Wellesley Avenue with friends at about 8.30pm and they walked to another student house on Cromer Street together

The group leave at about 11pm to walk to The Welly nightclub, at the junction of Wellington Lane and Beverley Road, where they arrive at 11.20pm

Libby is refused entry to the The Welly and is put in a taxi by her friends just before 11.30pm

The taxi drops her in Wellesley Avenue but she does not go home. She instead walks towards Beverley Road where she falls over in the street

Libby enters another house on Wellesley Avenue after the occupants heard her crying. She says she wants to go home but sets off towards Beverley Road, dropping her keys outside the house she left

She is then approached by a woman who tried to help her outside the former convent at the Endsleigh Centre, on Beverley Road

Two men try to help Libby as she lays in the snow near the junction of Haworth Road and Beverley Road. They were there from 11.40pm to 11.49pm

Another woman steps in to help as she sits on the floor near a bus stop close to the same junction. A supermarket manager spots her in the same location

Relowicz's Vauxhall Astra arrives at the end of Haworth Street at 11.57pm. The defendant gets out of the car, crosses the road to Beresford Avenue and tracks Libby as she walks back up Beverley Road

Relowicz drives off from Haworth Street at 12.08am with Libby in the car

They arrive at Oak Road playing fields at 12.11am

A man living in the house at the entrance to the playing fields wakes at 12.14am and "after a period that he thought was a couple of minutes" hears a woman screaming in the park. The man then sees a young man running from the park "perhaps a few minutes after the last scream"

At 12.19am, CCTV captures Relowicz's indicators flashing as he unlocks his car

Relowicz arrives home in Raglan Street at 12.23am

He leaves home again at 2.22am and drives back to Oak Road playing fields, arriving at 2.25am. He stays for a little over four minutes

Relowicz then drives around, arriving in Alexandra Road at 2.51am, walking over Newlands Avenue and performing a sex act in the street.

The prosecution say Relowicz raped and murdered Miss Squire at Oak Road playing fields after arriving at 12.11am. They say he put her dead or dying into the River Hull, which runs along the north east of the park. They say this could have been at the 12.11am visit or the later one at 2.25am.

Libby's body is found in the Humber Estuary, off Spurn Point, by a fishing boat

The student had been drinking with friends and appeared "in good spirits" before the group headed to the nightclub in the city centre at around 11pm.

CCTV showed Libby stumbling with her pals as they walked through the snow to the club.

Once there, security staff on the door refused to let her in because she appeared to be drunk so she told her friends she would walk home instead.

But her pals put her in a taxi, which dropped Libby off close to her home, but tragically she "walked away from the safety of her front door".

Toxicology tests later revealed she was two-and-a-half times the drink-drive limit when she died.

She was later seen by passers-by "obviously drunk" and "sobbing" – including two men who spotted the student lying in the snow at the side of the road. 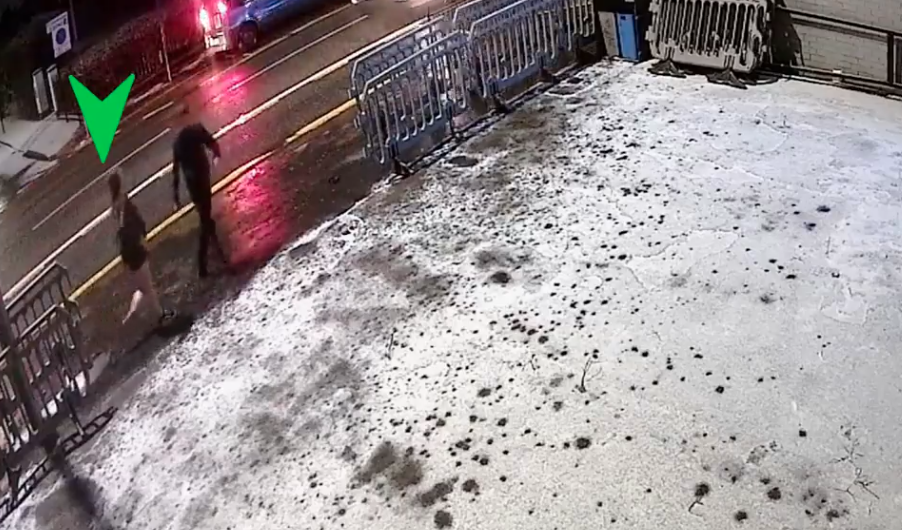 The bystanders tried to help her but were unable to understand what she was saying and she became verbally aggressive so they drove away.

A group of students who heard Libby crying outside their house let her in but she left, saying she wanted to go home.

She was likely hypothermic, "extremely vulnerable" and wasn't dressed for the weather as she stumbled through the snow-covered streets.

At this point, Relowicz was lurking in the shadows watching the student's final movements as he prepared to pounce.

He bundled Libby into his silver Vauxhall Astra and drove her to the secluded playing field where frantic screams were later heard. 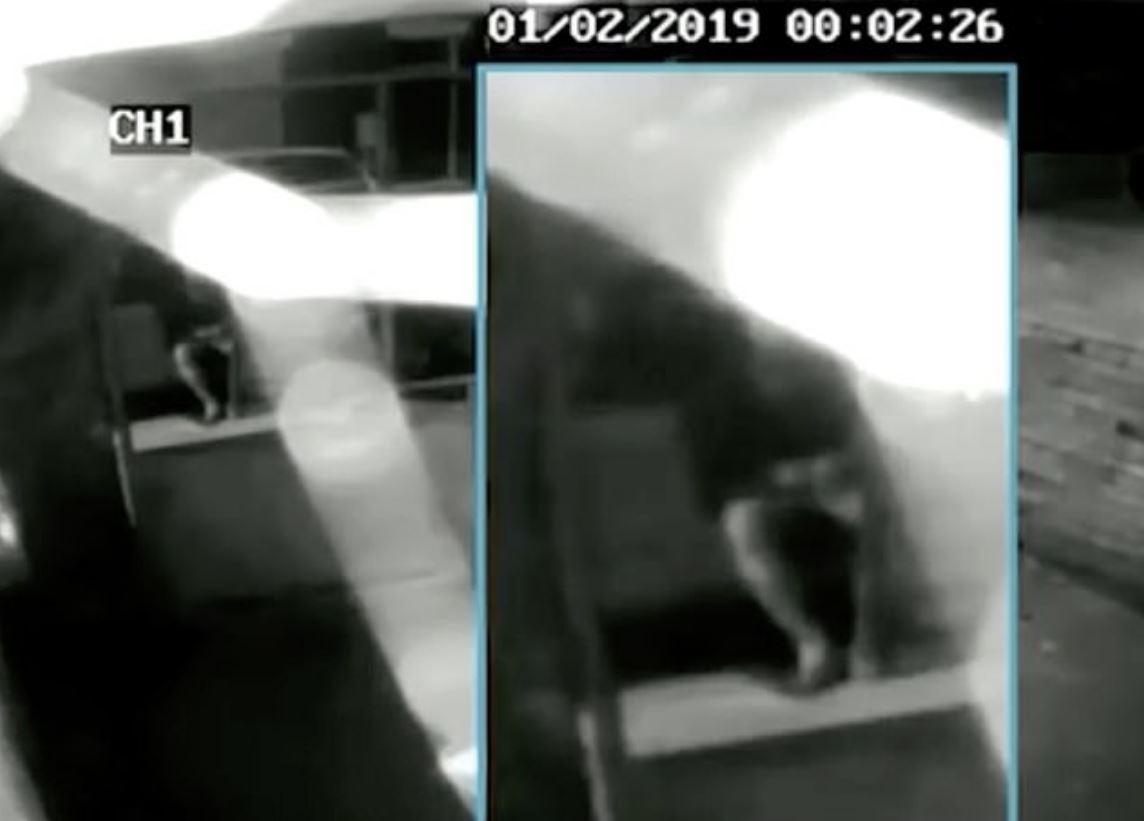 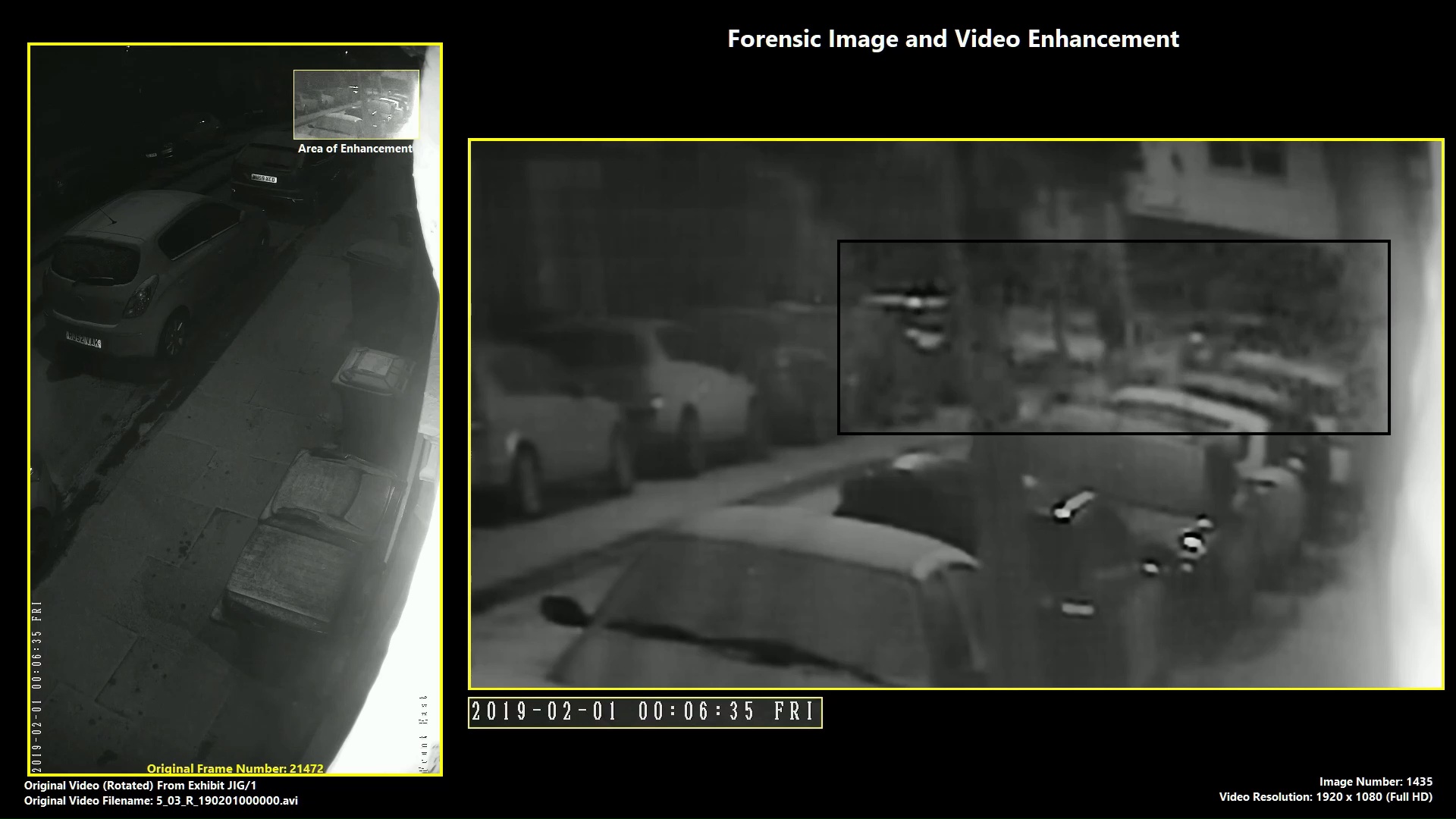 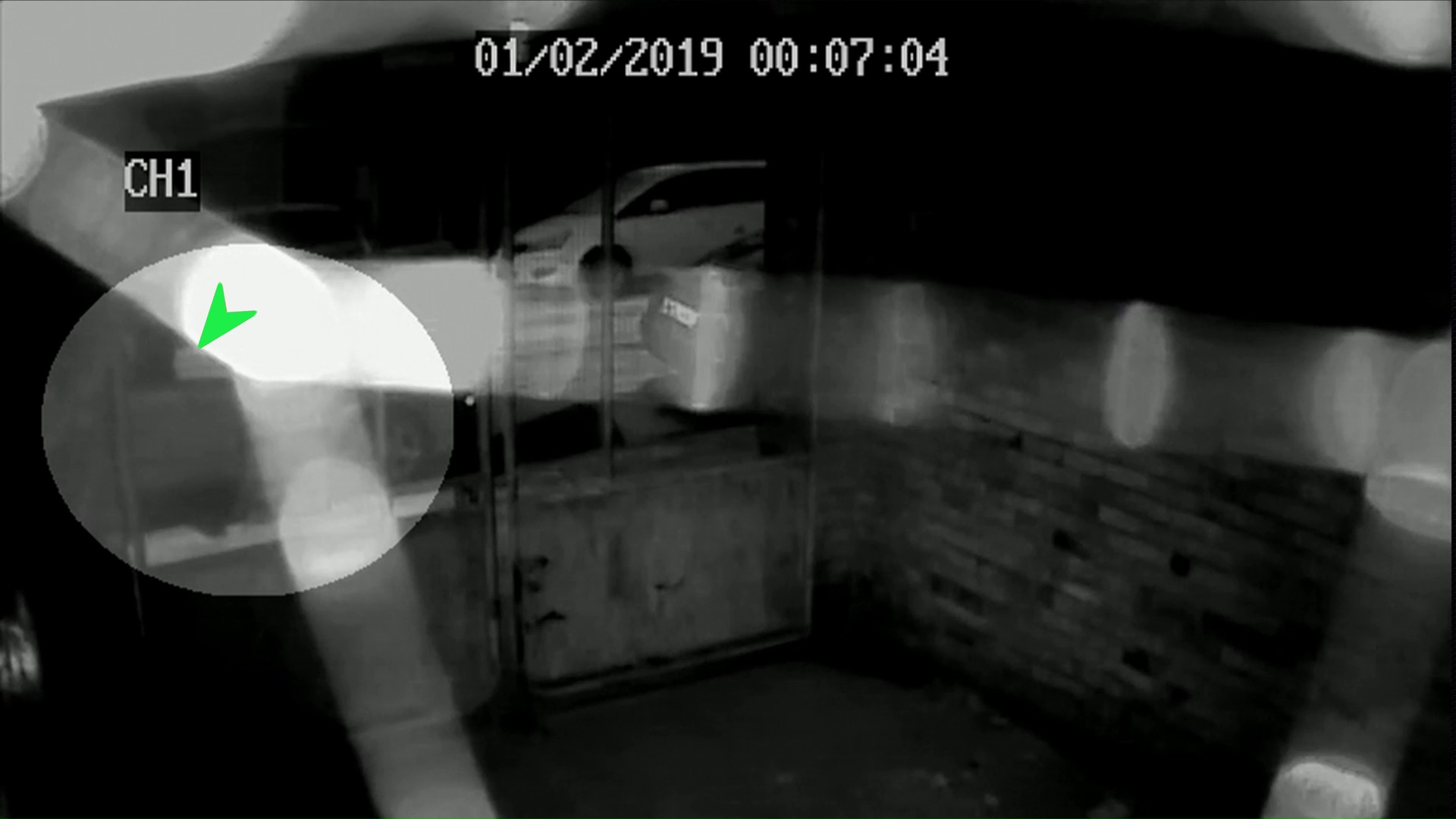 Relowicz then left the playing field around seven-and-a-half minutes later without Libby.

Prosecutor Richard Wright QC said this was "more than enough time" for him to have "taken or pursued Libby out into the playing fields, sexually attacked and killed her, put her body into the river, and then run back to his car."

He said Relowicz's "sole purpose" was to "silence her screams" after he raped Libby.

The prosecutor added: "Her screams, and the scratches that she clearly managed to land on the face of the defendant as she fought him off, are just part of the evidence that establishes that she was raped by a man whose entire motivation for coming into contact with her that night was to take her away from safety to a remote area well known to him and there to subject her to his uncontrollable sexual urges.

"His very purpose in prowling the streets was in order to commit opportunistic sexual offences and the rape of Libby was just such an offence."

Relowicz later returned to the playing fields in the early hours of the morning. 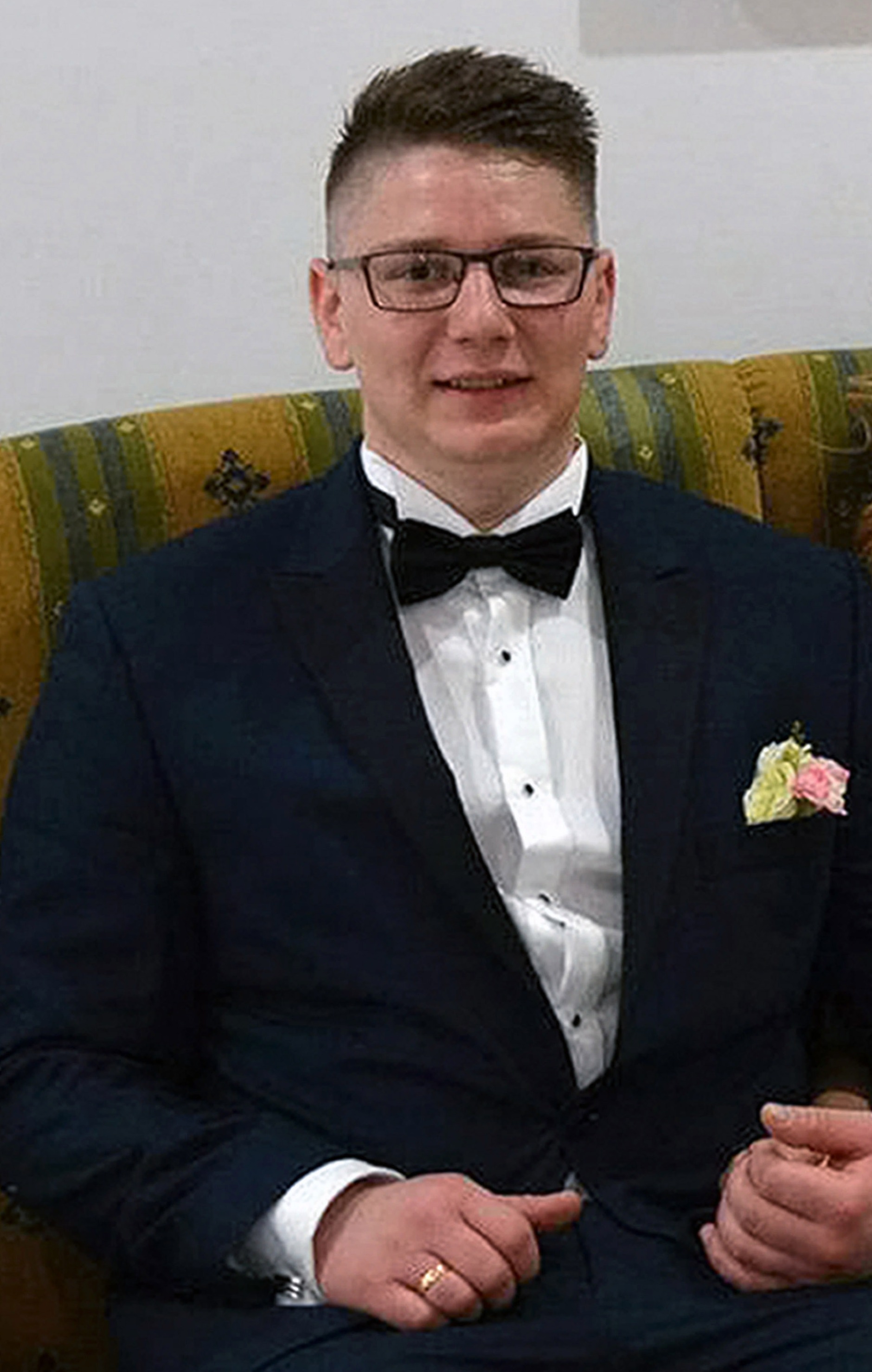 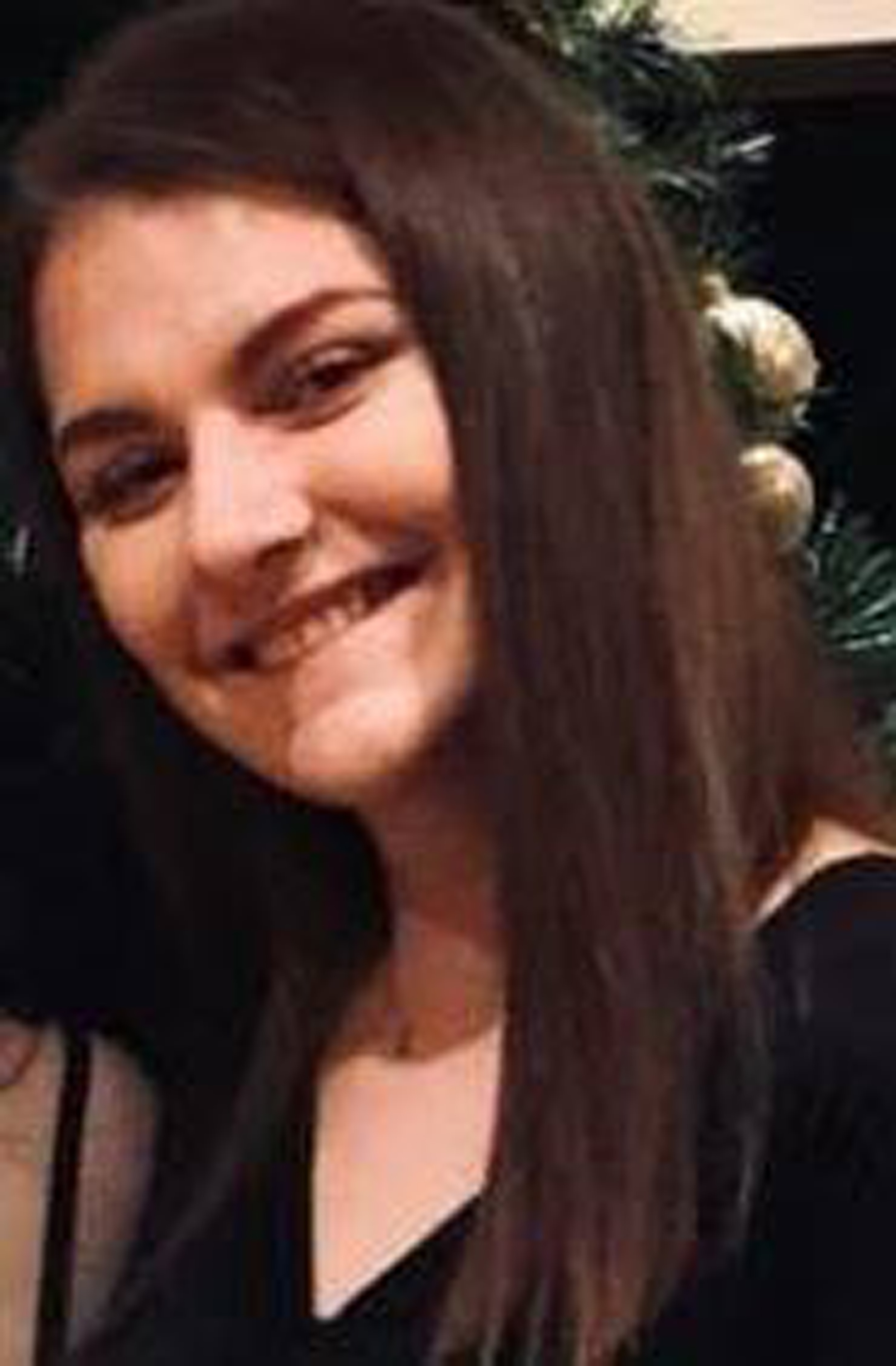 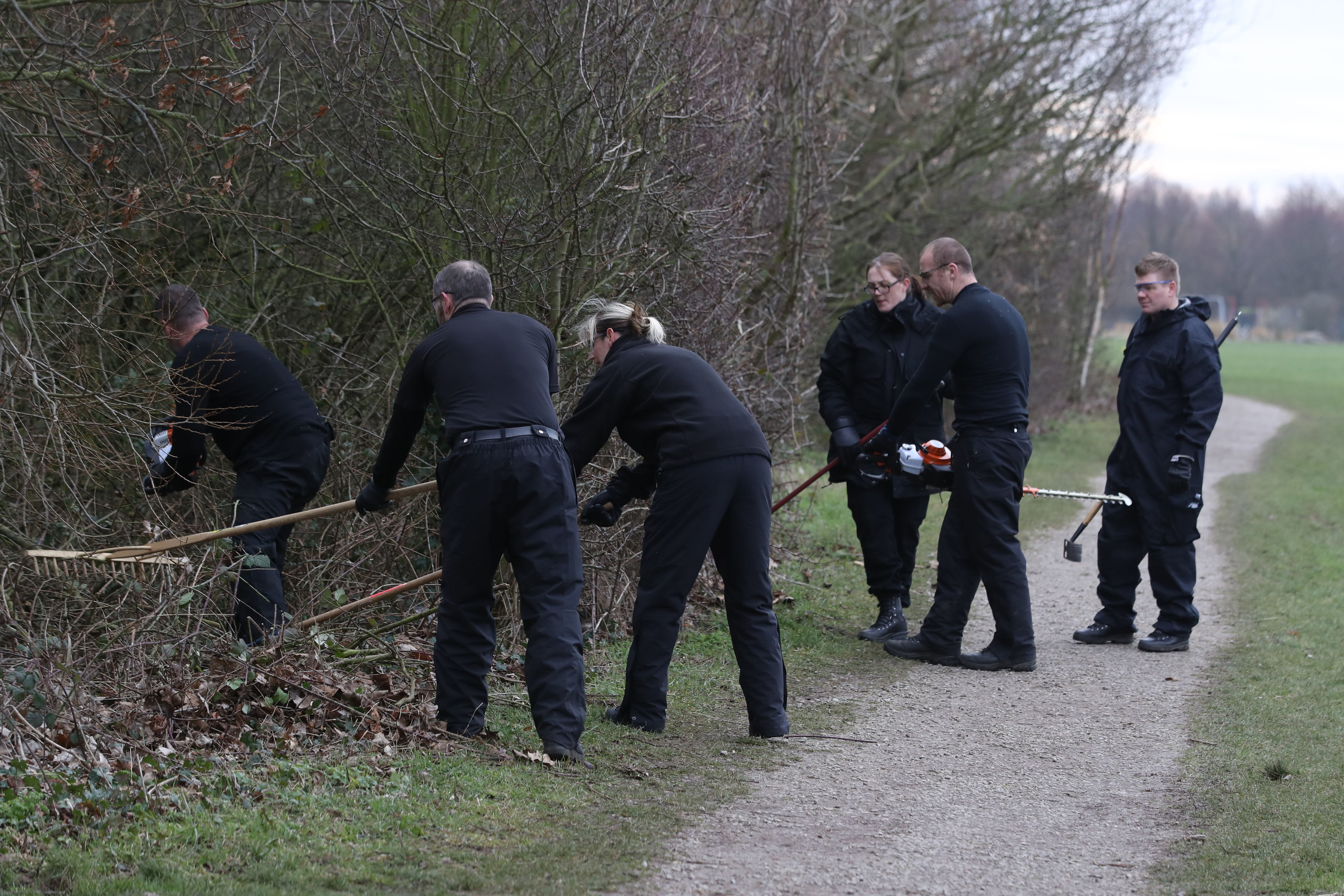 CCTV footage captured him standing with his knees bent performing a sex act on himself in the street.

A huge search was mounted after Libby disappeared with cops searching ponds, bins and gardens in a desperate bid to find the student.

Her mum Lisa Squire told the court how she knew something was "seriously wrong" when her daughter first vanished.

Tragically, she had only dropped Libby back at Hull University just days before her brutal death. 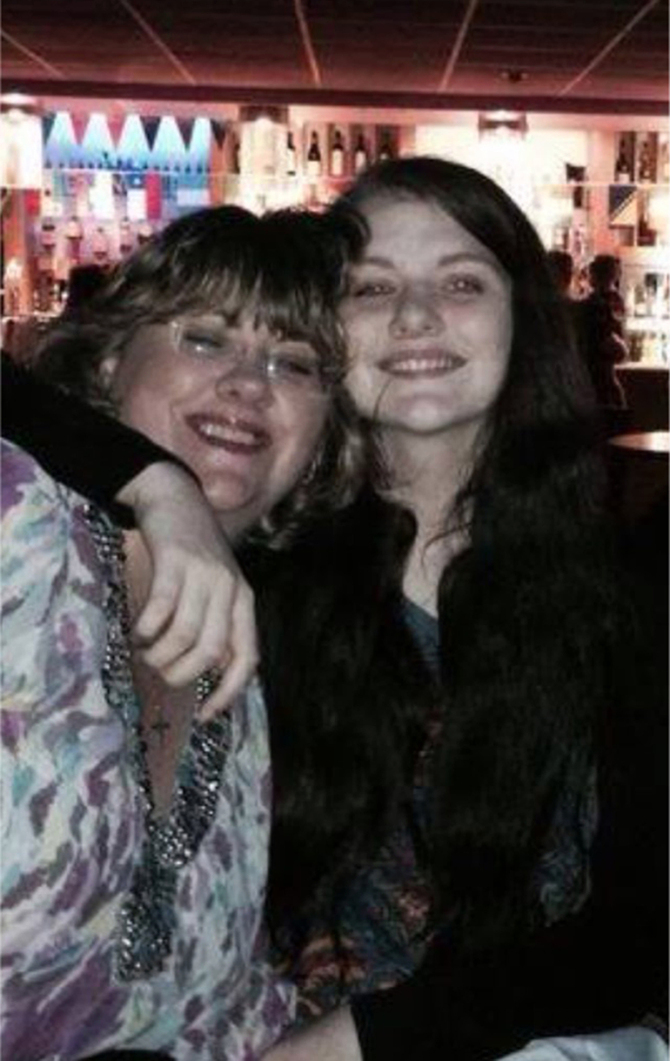 The nurse, from High Wycombe, Bucks, said: "I knew something wasn’t right and told her friend to call the taxi company, they had been to her favourite taxi companies and they had contacted the police.

"We made the decision not to panic and go straight to Hull as she could have gone to another friend’s house.

"I knew she had a lecture that day and would never miss a lecture so if she didn’t go to that something would be seriously wrong.

"We travelled to Hull and knew something serious had happened. It was not in her character and she was not answering her texts or calls.

"She was planning her future and was in the best place in her life she had ever been." 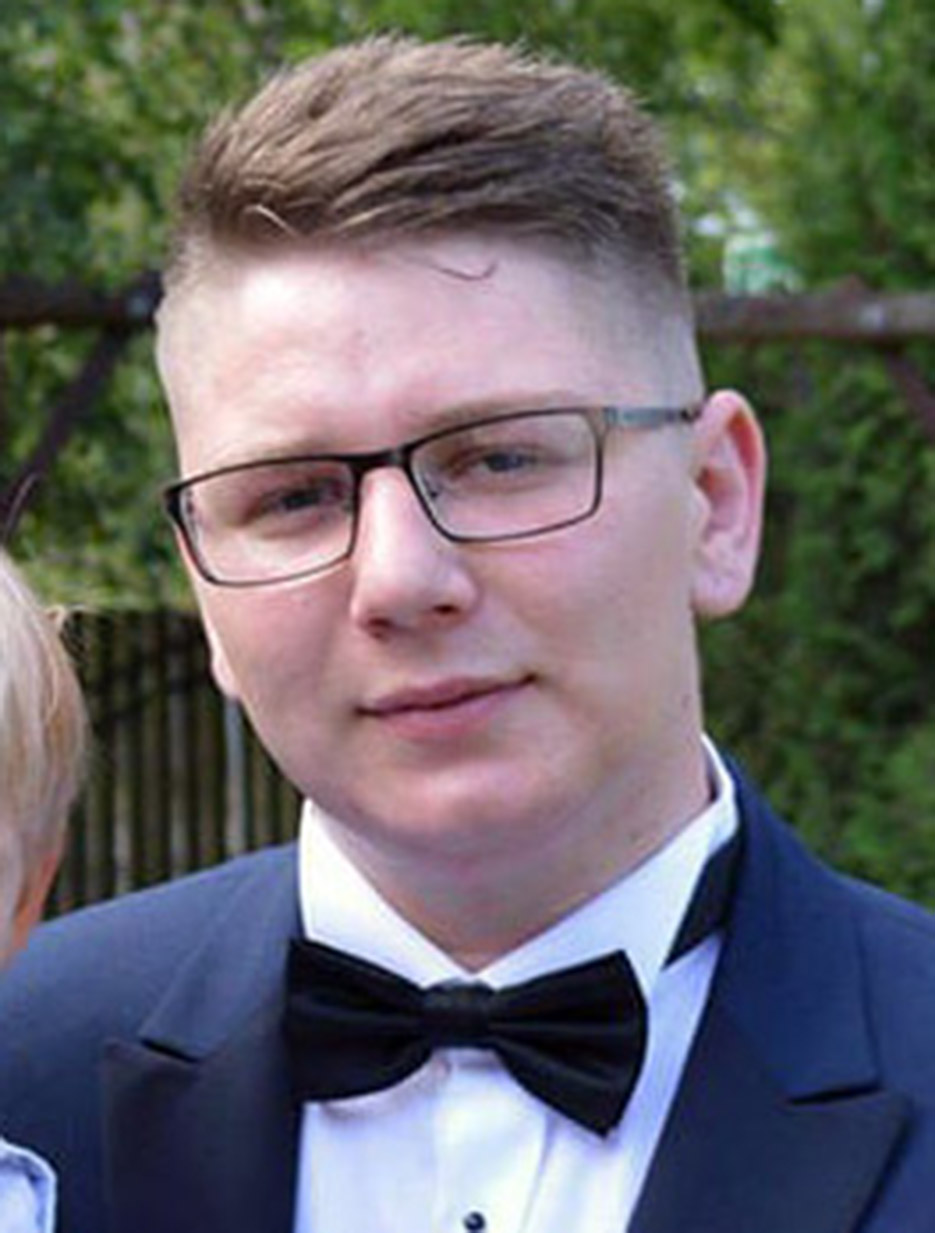 As the frantic search gathered speed, Relowicz was arrested on suspicion of abduction in a huge breakthrough for the case.

But instead of helping police solve the riddle, the butcher instead created an intricate story to throw officers off the scent.

Painting himself as a caring hero, he claimed he "just wanted to help" when he saw crying Libby on the pavement.

He branded her a "very beautiful woman" but denied having any sexual feelings towards her. 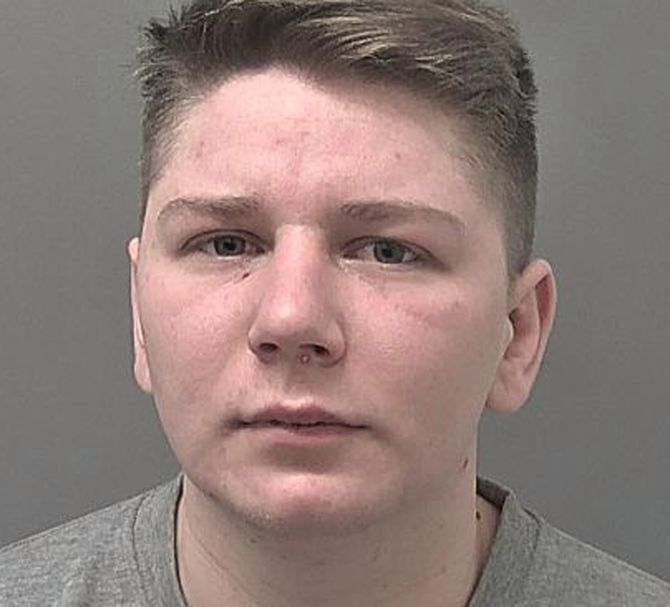 Relowicz said: "I asked her if everything was OK with her, she said yes and she asked me to hug her.

"We were hugging each other and we started kissing."

He told jurors the pair had sex but Libby "scratched" his face when he didn't want to kiss her after so he drove away as she screamed at him not to leave her.

Relowicz said he then returned home where he had a bath and washed his clothes to stop his wife discovering he had sex with someone else.

After he was arrested, police found a pink holdall containing "trophies… taken in a series of sexually motivated burglaries".

This included sex toys, photographs of young women and several pairs of women's knickers and thongs.

When quizzed by police, Relowicz said he "forgot" about them and they did not belong to him or his wife.

He also had two "Halloween" masks in the boot of his car – one described as a "Scream" mask and the other which had red hair.

But it wasn't until a month later that Libby's decomposed body washed up in the Humber Estuary.

A post mortem could not establish a cause of death but DNA matching Relowicz was found on her.

Her bruised body also had "neck marks" and small haemorrhages around her mouth, which could be evidence of asphyxia.

Relowicz was finally charged with Libby's rape and murder in October 2019 – two months after being jailed for eight years for his vile sex offences.

It can now be reported for the first time his sentence was reduced to five years and eight months at the Court of Appeal in March last year.

Libby's mum, who affectionately referred to her daughter as “Pie”, said she had lost “one of the four most precious things in my life” after the student's body was discovered.

She added: “I cannot thank you enough my darling Pie for making me a mummy. For choosing me to be your mummy. It’s an honour, a privilege and a joy.

“I kept you safe for as long as I could and I am so sorry I could not keep you safe on that night. I’m sorry. I’m so so sorry.” 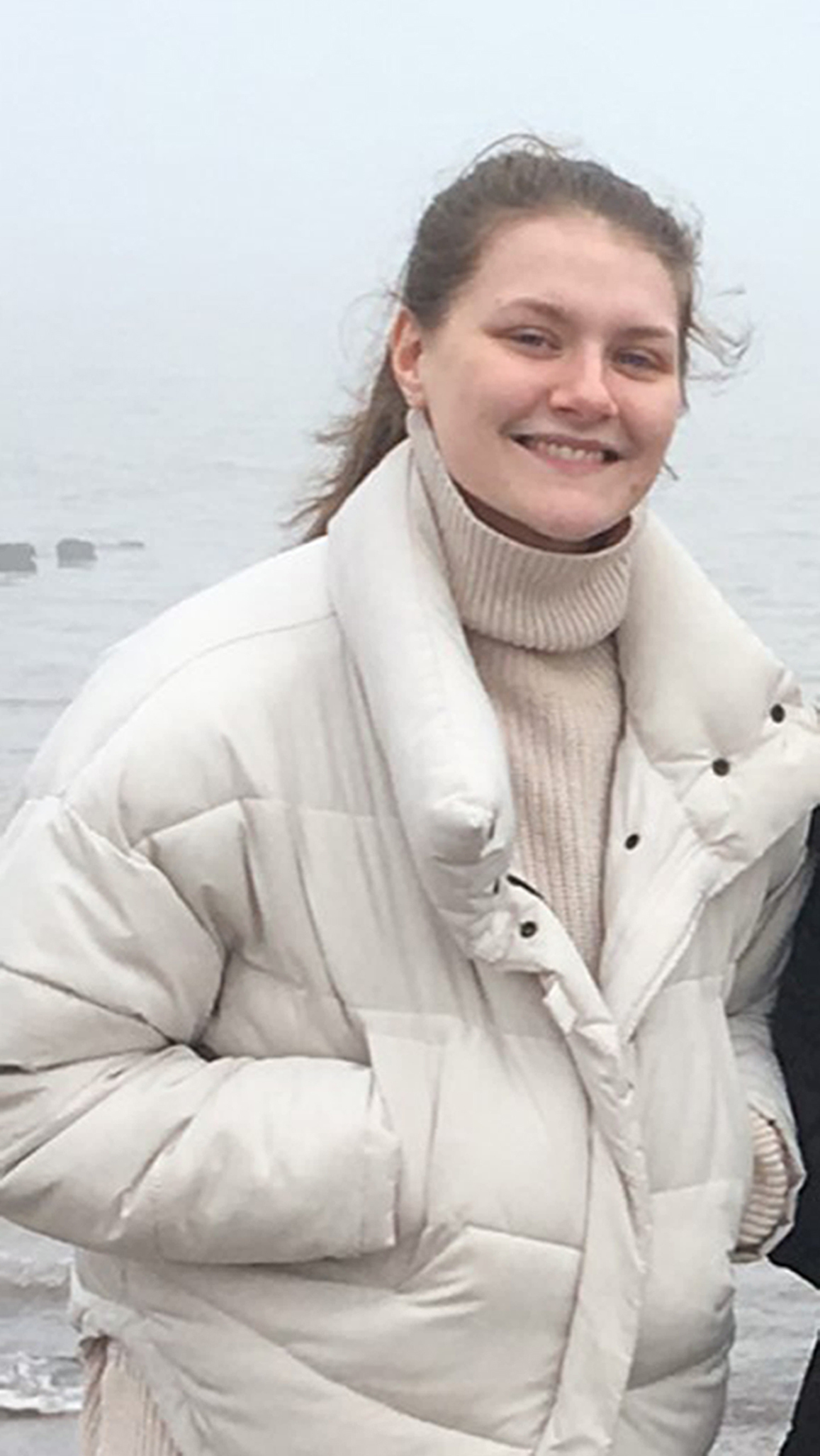 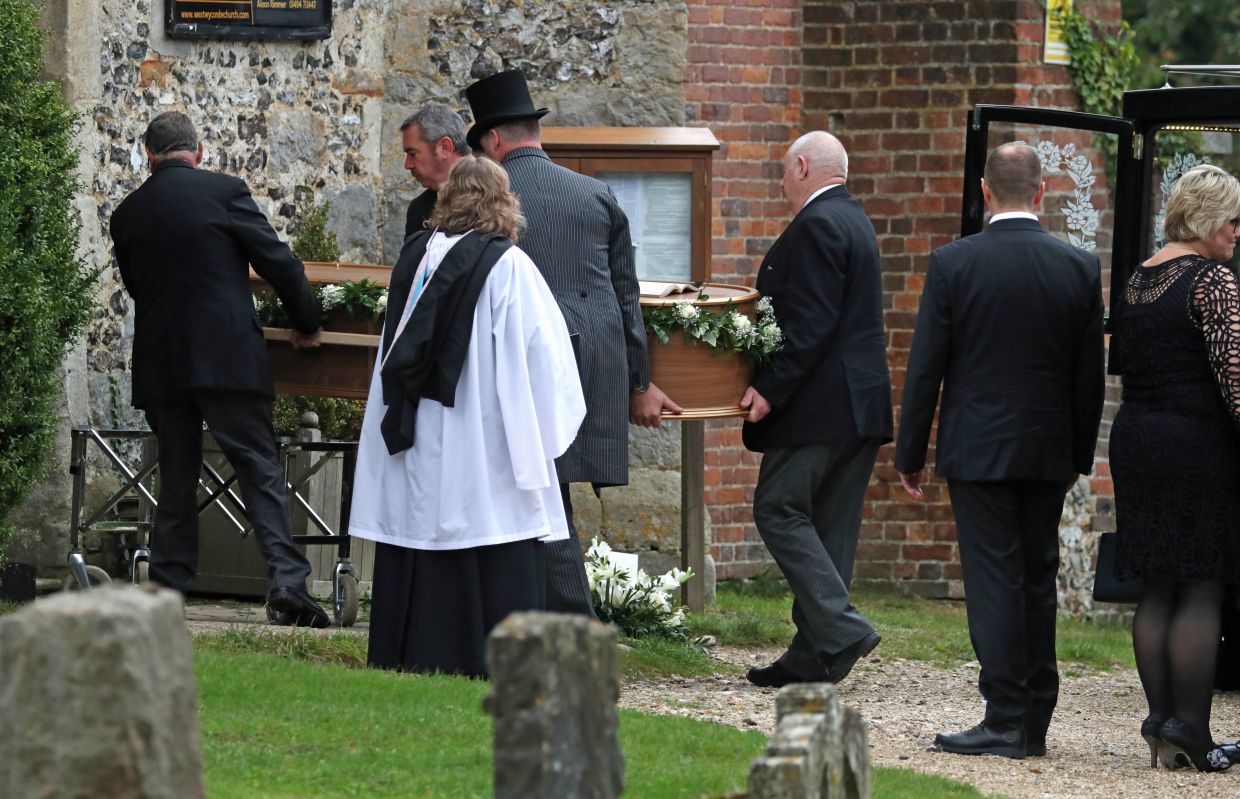