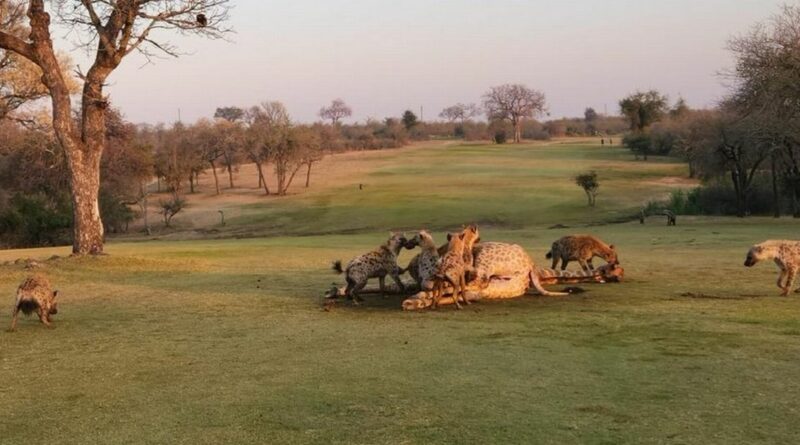 Golfers at the “world’s wildest course” had to stop play until a “hazard” was cleared from the third hole – two angry lions, 20 hungry hyenas and a dead giraffe.

Early birds about to tee-off at the Skukuza Golf Club were warned of a feeding frenzy taking place after a morning kill.

Two hunting lionesses at the nine-hole course had brought down an adult giraffe on the fairway of the Par Five hole.

But, while tucking in and waiting for the rest of the pride to join them, they were ambushed by a pack of 20 hungry hyenas.

He said: "An important part of my job is the early morning tour of the course to make sure all our overnight guests are gone and that it is safe for our members and guests to tee-off. "We are in the wild out here as there are no fences to stop the Big Five or any other animals coming through.

"What happened here was four young lions and lionesses were driven off by 20 plus hyenas who started ripping into the giraffe eating it. Players are not allowed to tee-off unless they sign an indemnity clearing the club if they are eaten.