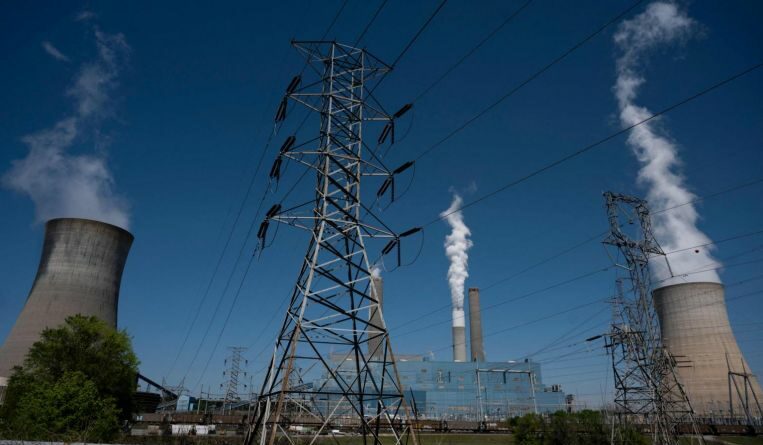 LONDON (REUTERS) – A World Bank report on Tuesday (May 25) showed more than a fifth of the world’s greenhouse gas emissions are now covered by a price on carbon dioxide (CO2) emissions to help meet climate goals.

A carbon cost can come in the form of a tax or via an emissions trading (ETS), or cap-and-trade, scheme.

An ETS sets a gradually decreasing cap on the emissions a sector, or group of sectors, can produce. It creates “carbon permits” for those emissions, which companies must buy for each tonne of CO2 they emit. Some sectors are given free permits to help maintain international competitiveness.

Below are some of the major carbon emissions trading systems around the world.

EUROPEAN UNION – The world’s largest ETS, which started 16 years ago, is mandatory for all 27 EU members, plus Iceland, Liechtenstein and Norway, covering power plants, aviation and energy intensive industries.

KAZAKHSTAN – Its scheme started in 2013. It was suspended in 2016 and relaunched in 2018 after undergoing reforms. It covers the energy sector, mining and chemical industries.

MEXICO – A three-year pilot scheme was launched in 2020 covering the power, oil and gas, and industrial sectors.

NEW ZEALAND – Its ETS, which began in 2008, covers electricity generators, manufacturers of liquid fossil fuels including petrol and diesel. Some forest owners are given free permits, others can voluntarily join the scheme.

QUEBEC – Its scheme was launched in 2012 and covers electricity and energy intensive industrials.

SINGAPORE – Singapore does not have an ETS but has a carbon tax covering all industrial operations that emit direct greenhouse emissions equal to or above 25,000 tCO2e (tonnes of carbon dioxide-equivalent) annually. The tax, payable from Jan 1, 2019, is presently S$5 per tonne of emissions. A review the tax rate is due by 2023, or possibly earlier.

SOUTH KOREA – Its ETS started in 2015. It covers about 600 of the biggest emitters, collectively responsible for almost 70 per cent of the country’s annual emissions.

UNITED STATES – The United States does not have a national ETS, but many regions and states use carbon pricing, such as California and states covered by the Regional Greenhouse Gas Initiative (RGGI): Connecticut, Delaware, Maine, Maryland, Massachusetts, New Hampshire, New York, Rhode Island, and Vermont.