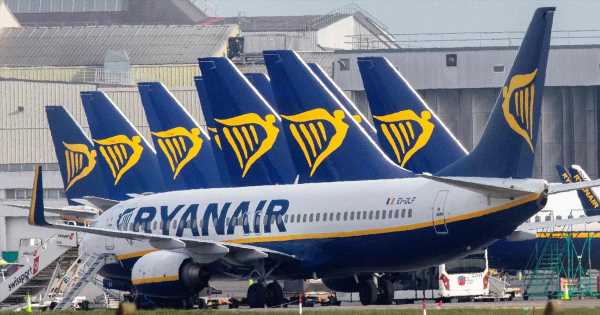 A Liverpool mum was baffled thinking she had been charged £115 for a €7 bottle of prosecco on a Ryanair flight until she was informed of the real reason for the payment.

To her surprise, Toxteth mum-of-five Dawn Paisley Mills was told the invoice was not for a small bottle of Mionetto Prosecco, as she had thought, but for a return flight from Faro, Portugal, to Liverpool John Lennon Airport on July 1 2020, that she had booked some days earlier.

Before realising her mistake, Dawn went on the offensive for 18 months sending complaints to the airline in search of a refund.

She told the budget airline that the bottle, which was a gift for her boyfriend, should have cost €7, but when she returned from her flight she noticed a charge of £115 from Ryanair on her bank statement.

However, the Liverpool ECHO understands the £115 charge was actually for a return flight she booked from Faro to Manchester six days later, and not for the bottle of Prosecco.

Regarding the purchase, Dawn said: “I don’t usually buy anything on flights but a couple sitting next to me had bought the bottle and it was quite pretty and it was tiny.

“So I called them over so I could buy it as a present for my boyfriend. I didn’t think anything of it. I wanted to pay with cash but they said they were only taking cards, so I put my card in and paid.

“I filmed myself with the bottle of wine to put on Facebook to let my friends know that I was on the flight. I was saying ‘look, I’ve bought this wine as a gift’.

“I got home five days later and went into my bank account and saw I had been charged £115.

“I was asking my bank to get the money back and they were telling me to give them all the evidence, so I sent them all the paperwork, the pictures of me.

"My bank asked if I had a receipt, but at some point I cleared my bag out – you’re not going to keep a receipt you think is for €7.”

Dawn has made many attempts over the past 18 months to get a refund, but she says she struggled to get any response from Ryanair's automated customer service system.

She said: “When you phone them, you don’t speak to people.

“They’re all automated calls and every time you ring through, this call puts you onto another automated voice which brings you back to the beginning, so you don’t get to speak to anybody.

“Then they tell you to go online and when you go online, they’ve got these ‘chatbots’.

“You’re talking to these chatbots, trying to tell them what’s happened and then the chatbot says ‘we’ve not got enough information’ and then it cuts you off.”

However, she found out the real nature of the £115 charge today (January 6).

Dawn explained the payment for the bottle of wine had not shown up on her bank statement, which led to her confusion.

She has now found out this likely meant she got the bottle for free, as the card machines on the flight had been faulty.

Some solace then, considering she long thought she had parted with a three-figure sum for the bottle.