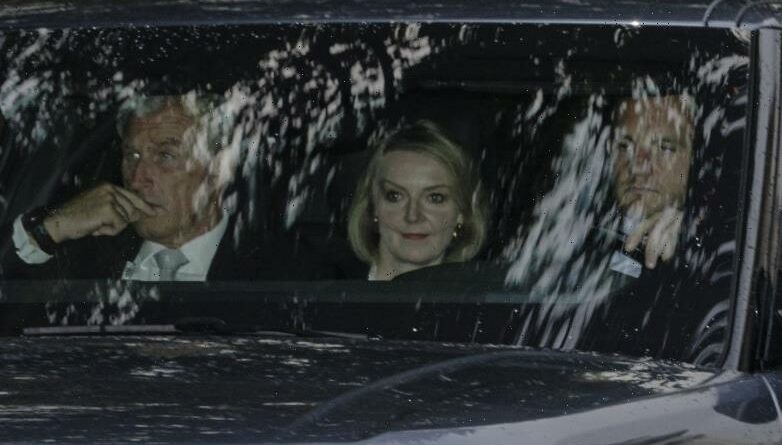 London: It was a scenario, if you believe some financial talking heads, perilously close to another Lehman Brothers moment, the infamous climax of the 2008 subprime mortgage crisis.

The Bank of England hit full-scale crisis mode with a dramatic intervention as it attempted to calm spooked markets and avert, among other things, a meltdown in the UK pension funds. 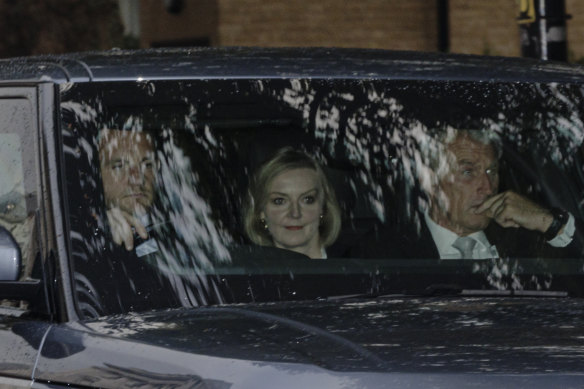 Over the next fortnight it will embark on a £65 billion ($108 billion) bond-buying buying spree for long-dated UK sovereign bonds to prevent tumbling prices from triggering a potential financial crisis.

The abolition of the 45 per cent additional income tax rate for earnings of more than £150,000 was among the most controversial moves, borrowing billions to pay for it. International investors were reluctant to foot the bill.

Kwarteng shrugged off an ugly market reaction over the weekend to promise even larger tax cuts in the future, deepening the bond sell-off and sending the pound sinking to an all-time low against the dollar at the start of the week.

“The markets will react as they will,” he said. And they did. The gilt market (comprised of British Treasury issued debt) suffered its worst day since the early 1990s and sterling hit its lowest level against the dollar since 1985.

It was another hammer blow in the life of a chaotic British government which has lurched from calamity to calamity over the past six years. There are scapegoats aplenty for the market slide which has seen the pound fall and gilt yields leap but the mistakes since 2016 have ensured any good will has all but evaporated.

But Brexit itself is not entirely to blame either. Interest rates have been rising across the world, pushing up borrowing costs in bond markets in swathes of the developed economies.

The strength of the US dollar has depressed most currencies and the euro slid to a fresh 20-year low on Monday, falling below 96 cents against the US dollar ― the steepest decline in two decades. 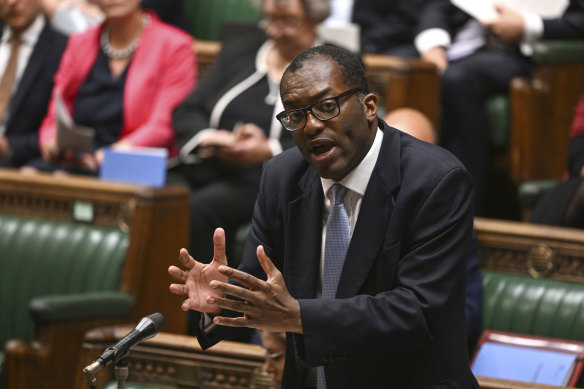 UK Chancellor Kwasi Kwarteng says tax cuts for the wealthy and support for energy prices are the only way to reignite economic growth.Credit:AP

But the spike in Britain’s debt has been much steeper, reflecting traders’ fears over the state of the economy and the government’s plans.

The warnings, for any Conservative Party member prepared to listen, were there weeks ago.

Liz Truss’s determination to place ideology over economics in a desperate pursuit of unorthodox growth strategies came with great risks. But the new Conservative administration, not yet even a month old, kept telling anyone who would listen – and themselves – that everyone else was wrong.

It is the type of departure from the norms of fiscal prudence and disregard for economics we have seen from increasingly populist and reactive Conservative governments around the world who once used to stake their reputation on responsible managers of the economy. 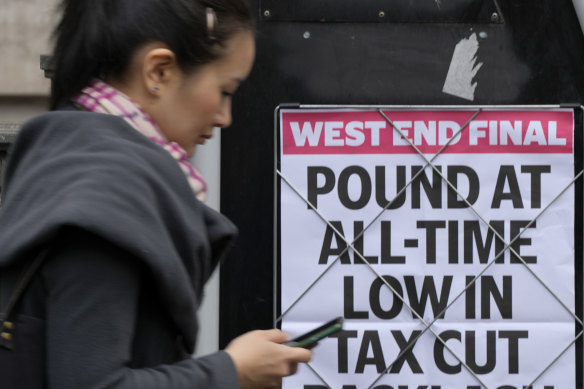 The British pound has been crushed by the tax cut.Credit:AP

And now it is in fashion for reckless governments, on the fiscal accelerator, to blame the central banks on the monetary brake. In round one the bank had to blink. But it mightn’t be the case next time.

Just a few weeks ago, during the Tory leadership contest, former Chancellor Rishi Sunak warned that Liz Truss’s plans to borrow to fund tax cuts were “dangerous” and risked making the situation “far worse” and endanger people’s mortgages. And so it has come to pass.

Truss and Kwarteng have so far refused to countenance a U-turn. Both are planning to speak publicly for the first time in days on Thursday when they give brief TV interviews. Such is the mood within Conservative ranks that Downing Street has already been forced to dismiss speculation that the Chancellor’s job could be at risk.

But the real danger is that they are now only listening to those they already agree with.

While reversing course on the tax cuts would be favoured by financial markets, the IMF and some Conservative MPs, it seems the least likely path right now.

Banks have urged Kwarteng to outline his plans to boost economic growth before November, warning the next Budget was “way too far away”.

When he does set out how all this is to be paid he will need to be credible and precise. He cannot – for the country’s sake – afford to fail.

The fashion nowadays is to ponder how all this will affect the Conservatives’s election hopes.

But in moments like this – where the life savings and mortgages of millions of Britons are at risk – that hardly seems to matter.