Home » Lockdown lift on June 21 is 'very much in the balance' over Indian Covid variant surge, says Professor Neil Ferguson 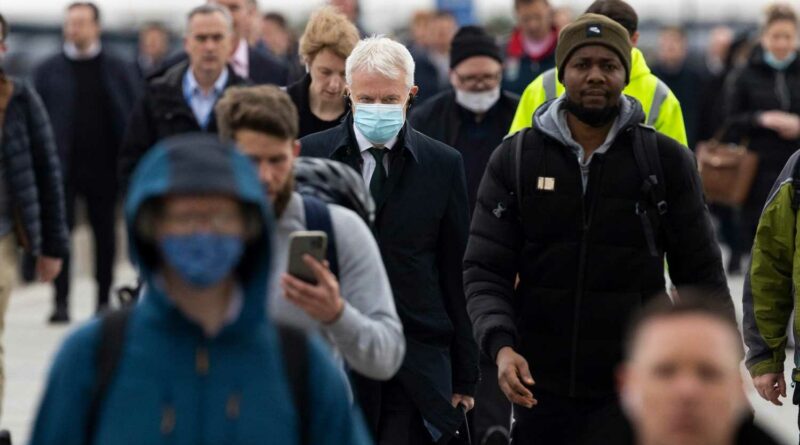 THE full lifting of lockdown on June 21 is "very much in the balance", according to a government scientific adviser. 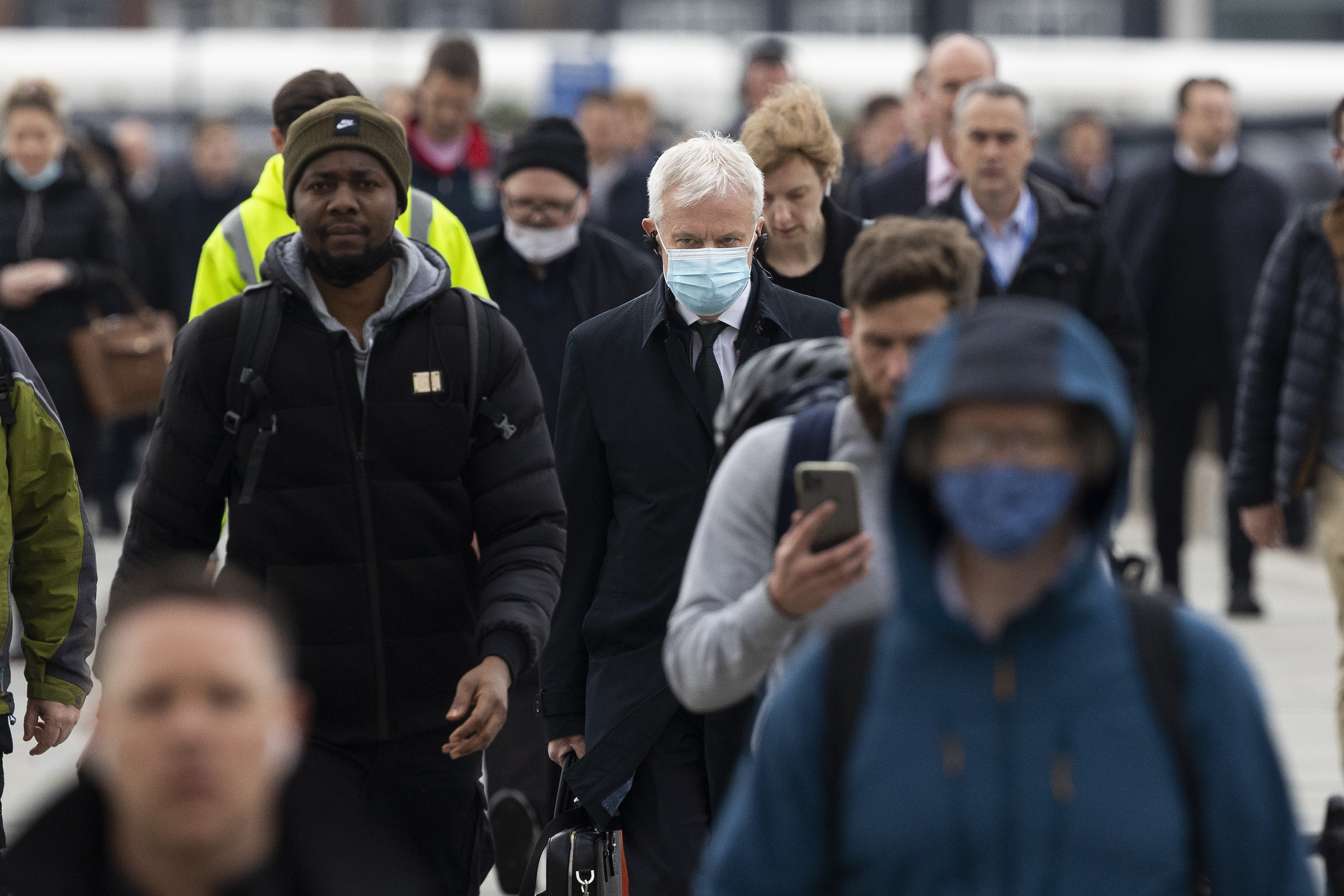 He told BBC Radio 4's Today programme: "I think it is very much in the balance.

"The data collected in the next two to three weeks will determine that."

All Covid measures – including face masks and social distancing – are heading for the chop next month in what is being dubbed the UK's 'freedom day'.

But Boris Johnson could decide as early as next week whether to delay the June 21 unlocking as hospital data is set to reveal the full impact of the Indian Covid variant.

Hospital data from variant hot spots such as Bolton will show whether the easing of restrictions is likely to be seriously disrupted.

A key question is how well vaccines have broken the link between cases and deaths as the most vulnerable ages groups are protected. 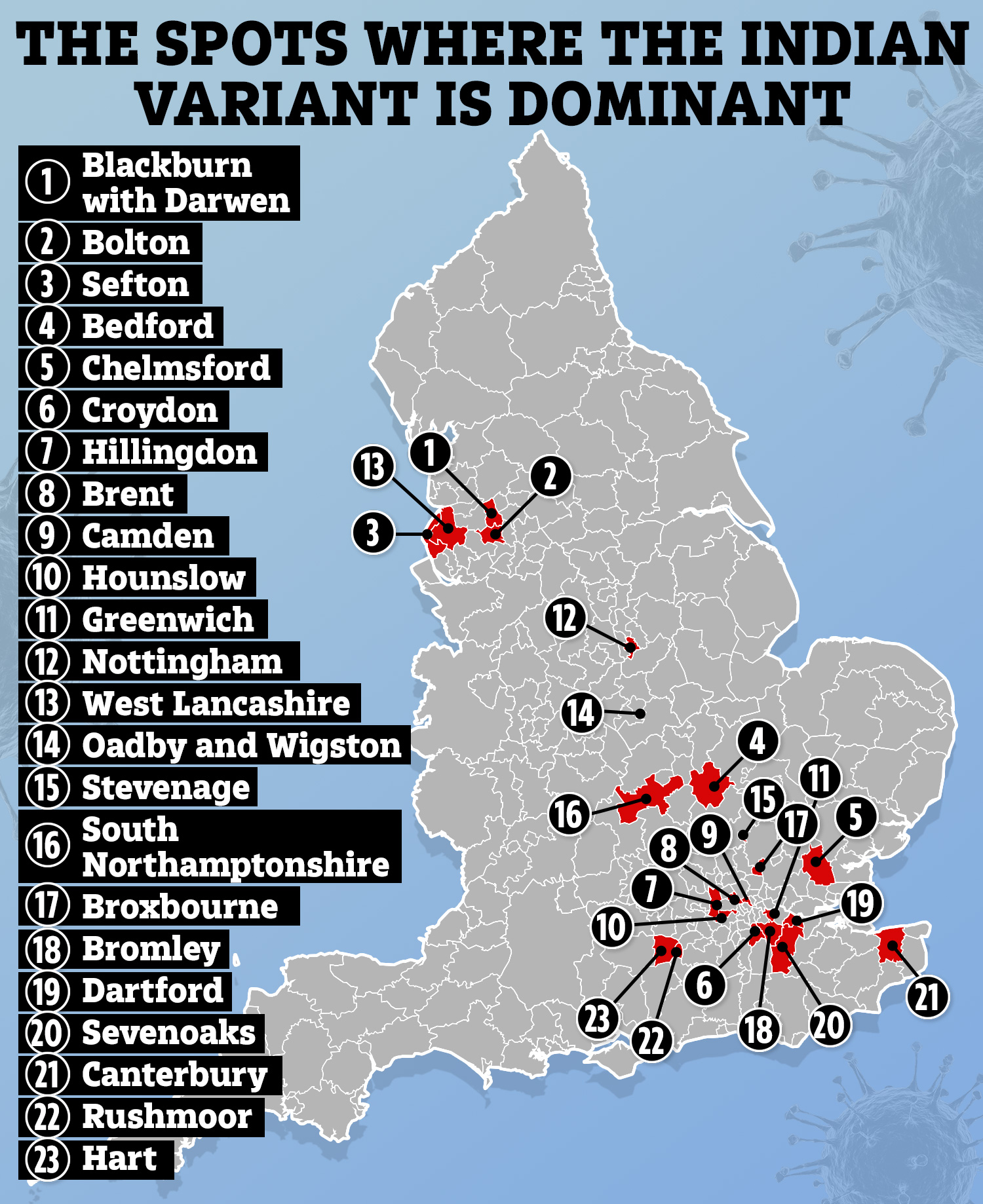 Some in-patients in Bolton have had the jab, and vaccine take-up is higher there than in many areas with lower infection rates.

Downing Street reportedly believes that by next week they will have a clearer picture of whether surging cases in hot spot areas translate to
pressure on the local NHS.

Professor Ferguson said there are concerns over whether vaccines protect against the Indian variant.

"There are some hints in the data about reduced vaccine efficacy against infection, against transmission," he said.

"We have to wait for more data on that but of course it is a concern.

"It is another way for the virus to amplify itself in the community."

Although early analysis shows jabbed-up Brits ARE protected against the Indian Covid variant.

It follows a government advisor allegedly warning on Monday that the chances of full lockdown being lifted on June 21 are "close to nil".

ITV’s Robert Peston reported: "It is clear some social distancing will have to be retained, not everything we've set out for 21 June is likely to happen," he quoted a government adviser as saying.

Health Secretary Matt Hancock said this week the variant is now the dominant virus in hot spots such as Bolton and Blackburn with Darwen.

Both Sefton and Bedford have been labelled as areas of concern, and figures show the variant accounts for eight in ten cases of hospital admissions.

This is also the case in Bolton, Blackburn, Chelmsford and Croydon.

Surge testing and extended opening hours at jab centres have been enforced in these spots to the help prevent the spread.

Boris Johnson vowed to take "very, very draconian action" to stamp out the alarming Covid mutations – but stressed the roadmap remains on track.

He said: "At the moment we see nothing conclusive that we have to deviate from the roadmap."

Johnson said that the country had built up a "wall of defences with the vaccination programme" but stressed: "We’re looking at all the data as it comes in from places like Bolton, Blackburn, Bedford, Sefton and other places.

He warned the nation to be cautious and vowed: "We're keeping everything under very close observation – we'll know a lot more in a few days' time.

"We're trying to work out what extent the Indian variant may be more transmissible."

Sewage is also being monitored to give early warning of variant outbreaks in other parts of the country.

George Eustice, the environment secretary, said fear of the variant could encourage those who are hesitant to come forward for vaccination.

He said: "Maybe in those areas when they see the resurgence . . . it may prompt them to think, ‘Actually, this is serious, the vaccine is effective, it is preventing the spread of this in other areas so now let’s get it’." 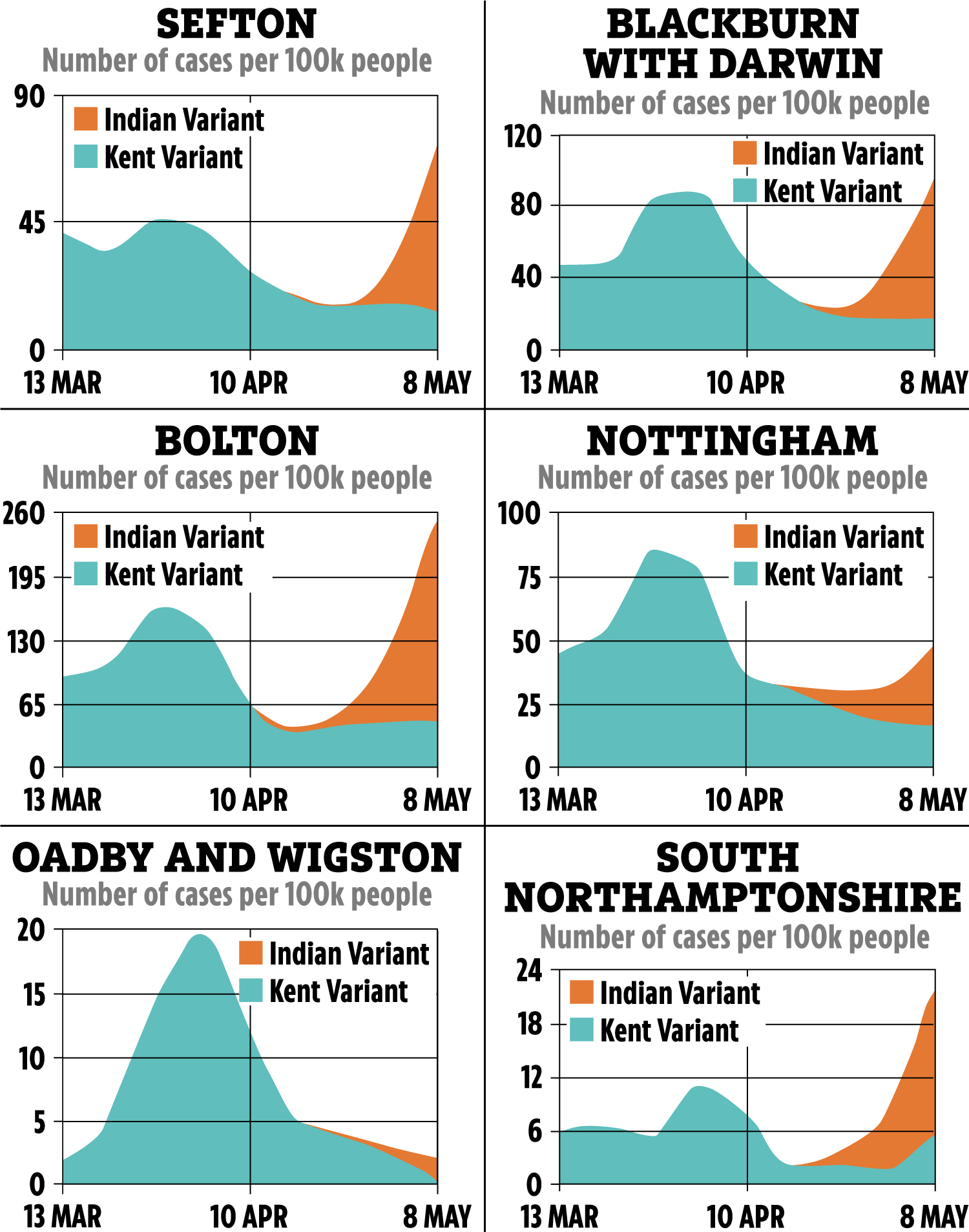 On Friday, the latest data from the government showed 1,313 cases, and as of yesterday there were 2,323.

Covid-hit Bolton and Blackburn with Darwen have seen 483 cases of the Indian variant and 27 people hospitalised, and Bedford is now on the watchlist as infections rise.

Mr Hancock said: "The next biggest case of concern is Bedford where we are surging testing – and I would urge everybody in Bedford to exercise caution and engage in testing where it is available."

He said there are 86 local authorities with five or more cases of the mutation, but did not specify where they were.

Data from Public Health England (PHE) also shows that the most infected parts of the country – are also places where the Indian variant is dominant.

This is up from 133.9 in the seven days to May 6, and it is also the area where cases have increased the most in the last seven days.

Addressing MPs, Mr Hancock said some patients in hotspots hospitalised with the Indian variant had refused the jab when offered it.

He urged people to continue to come forward for their vaccines to prevent hospitalisations and deaths.

Around 66.3 per cent of Bedford resident had received a single jab, and 32.3 per cent both doses.

Bedford has the second highest rate of infections in the country, and is also one of the five areas that has been the biggest increase in cases.