LOCKDOWN rules will stay in place in Bolton and Trafford in Manchester today – just HOURS before they were due to officially be lifted.

Matt Hancock announced a screeching u-turn this afternoon saying people should still avoid seeing friends and family in their homes after a spike in cases there. 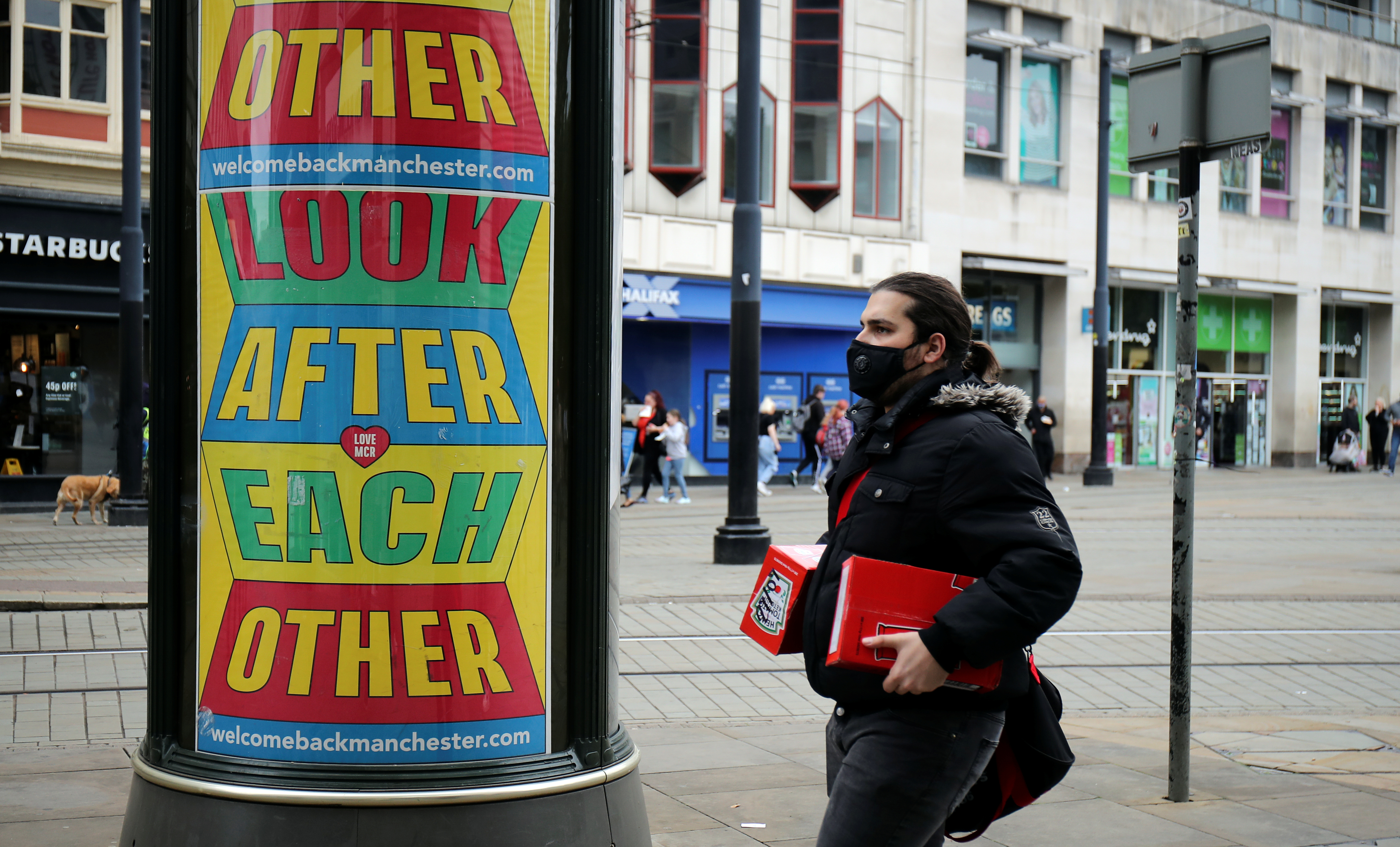 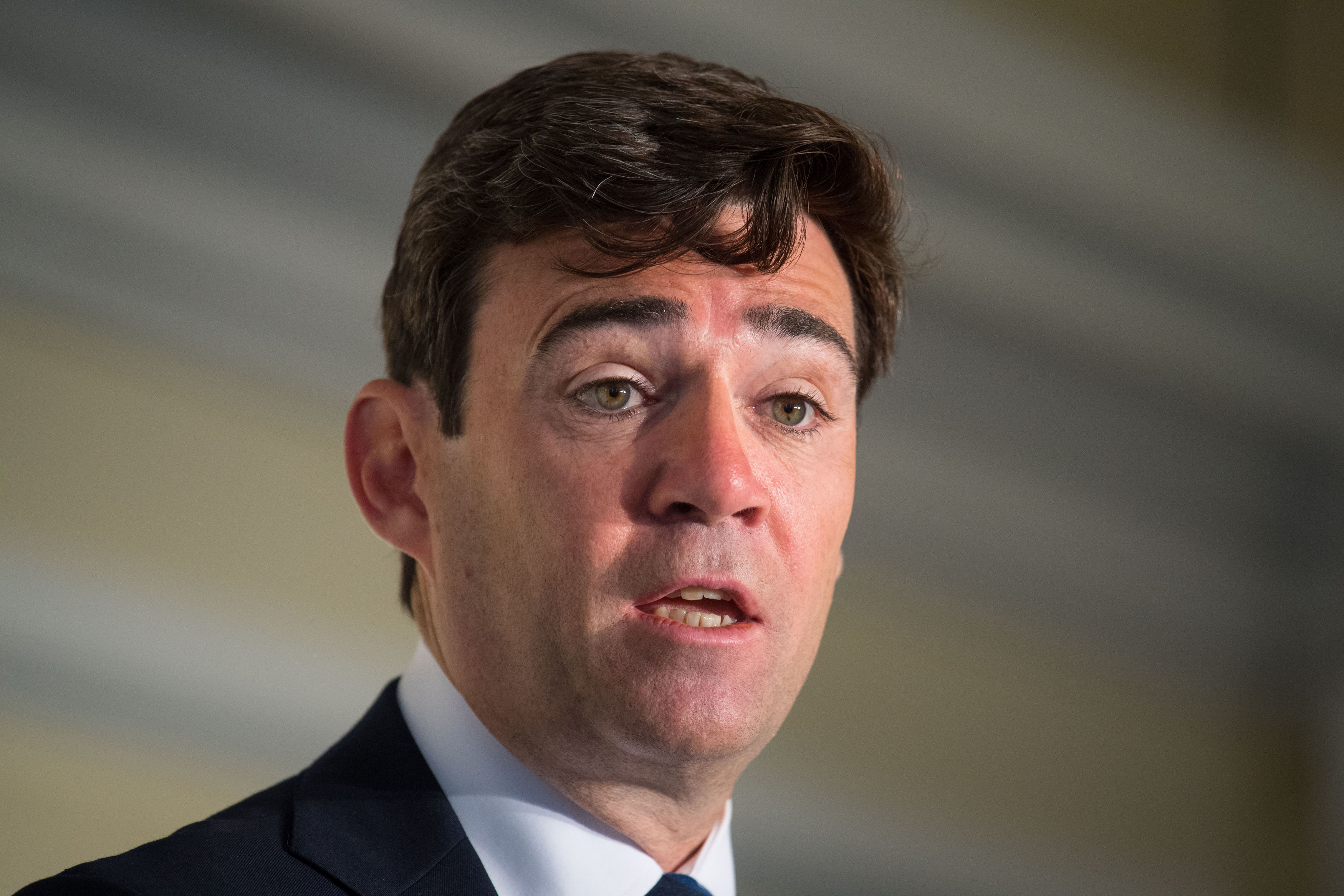 Mr Hancock said this afternoon as Boris Johnson was taking PMQs in the House of Commons that there had been a "significant change" in the levels of infection in the last few days.

But other areas in Greater Manchester and the North West which were due to have lockdown rules lifted will still go ahead.

Cases have doubles in Trafford since the last review, he claimed, which prompted a last-minute change of plan.

The Sun understands the new regulations lifting the lockdown rules in the North West hadn't yet been changed, but the rules for the rest of the area will go ahead from midday today.

Bolton and Trafford councils wrote to Government yesterday to beg the Government to change course.

Mr Hancock said today: "A decision has been taken that Bolton and Trafford will now remain under existing restrictions.

“This decision has been made in collaboration with local leaders after reviewing the latest data. We continually monitor outbreaks across the country, and have seen infection rates increase more than three times in Bolton in under a week, and double in Trafford since the last review.

“We have always been clear we will take swift and decisive action where needed to contain outbreaks. We can bring the rates down if we continue to work together and I urge everyone to continue to play their part by following the rules – get tested if you have symptoms, self-isolate and practice social distancing.”

Bolton's Tory MP Chris Green said he was "disappointed" at how the last-minute decision was announced.

He said on Twitter: "Despite what I and local press understood, Bolton is being kept in local lockdown.

"I'm disappointed at how this important decision has been communicated because of the impact this will have on people's lives."

The PM is due to meet with MPs later today to reassure them over the Government's strategy, after several u-turns were issued in the last few months.

It comes after Greater Manchester Mayor Andy Burnham this morning urged people to ignore the lifting of lockdown rules and said they should continue to avoid visiting family and friends in homes.

Mr Burnham branded the easing of restrictions in parts of Manchester "completely illogical".

Last week, the Government announced the ban on people meeting up with different households indoors and in private gardens would be lifted in Bolton, Stockport, Trafford, Burnley and Hynburn today.

But Mr Burnham told BBC Radio 4 that people in Bolton and Trafford should "continue to follow the guidance" and not have gatherings in homes.

He said: "We find ourselves at a completely unsustainable position this morning – that's the politest way I can put it.

"Overnight we've had restrictions released in two boroughs where we've got a rising number of cases – in one case in the red zone.

"And neighbouring boroughs are still under restrictions but with much lower numbers of cases.

"These restrictions were always hard to explain to the public but they are completely illogical now." 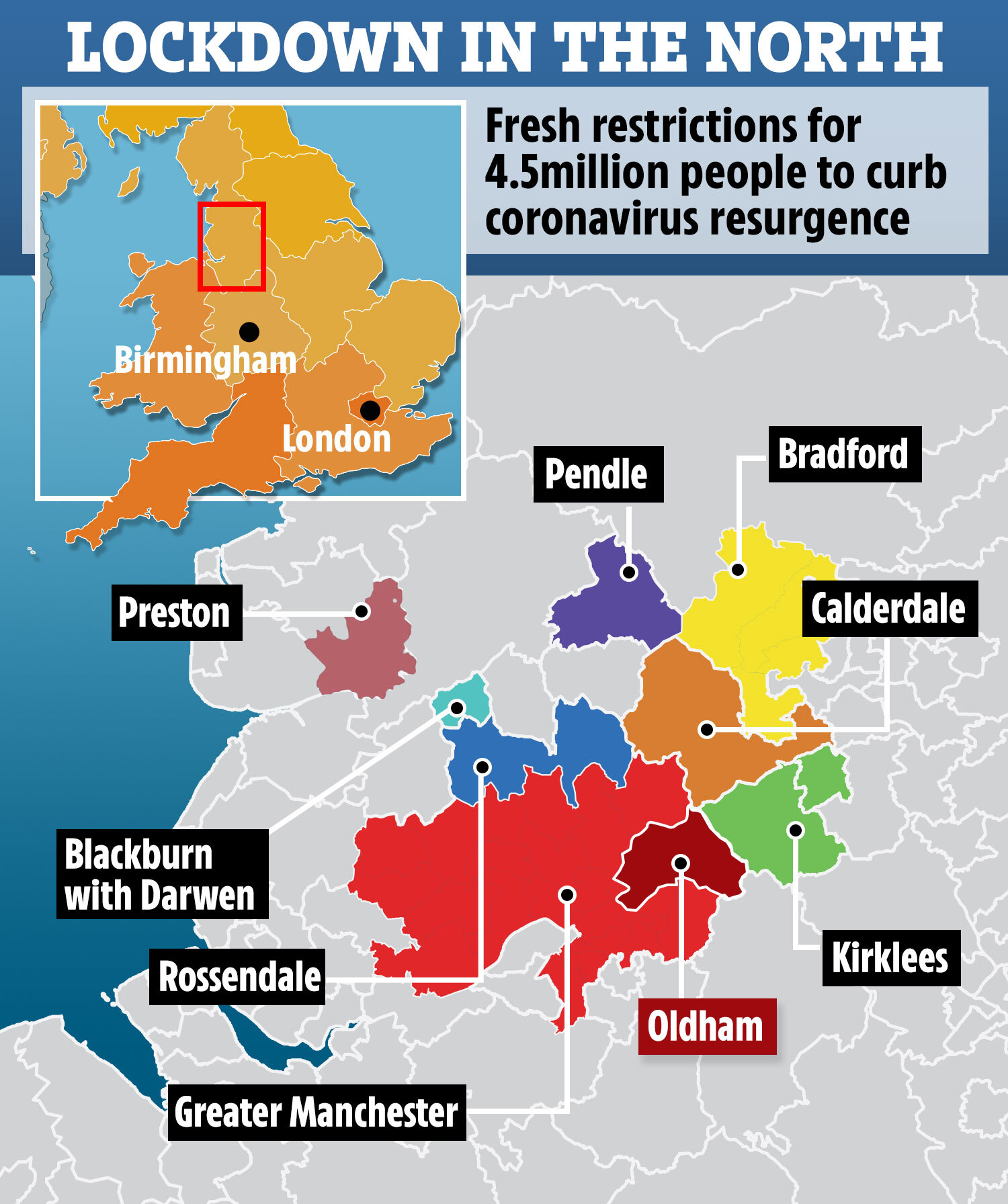 HERE is a summary of the rates of Covid-19 cases in key areas of England as of August 28:

Council leaders in Bolton and Trafford had begged for lockdown restrictions to be kept in place because of spiralling numbers of coronavirus cases.

Bolton council leader David Greenhalgh said it was with a "heavy heart" they asked for restrictions to be kept in place.

He said: "There has been a sudden and unforeseeable rise in the number of coronavirus cases in Bolton.

"We have always been led by the data, which means we have no choice but to act quickly to keep everyone safe."

In a letter to the health secretary yesterday, he accused the Government of causing "chaos and confusion" by easing lockdown measures.

Last night, Glasgow was thrown into lockdown and people banned from visiting one another indoors after a surge in coronavirus cases. 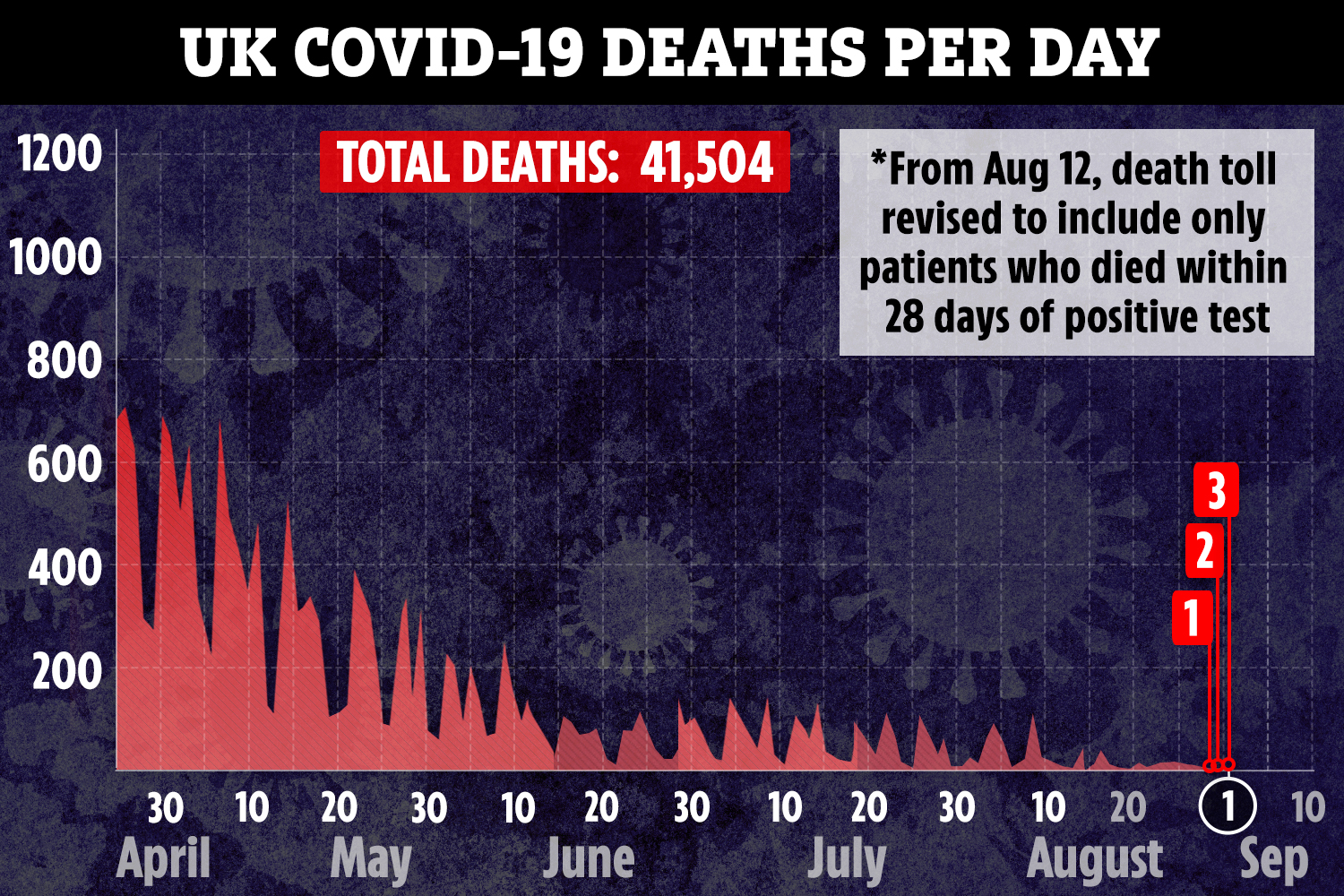 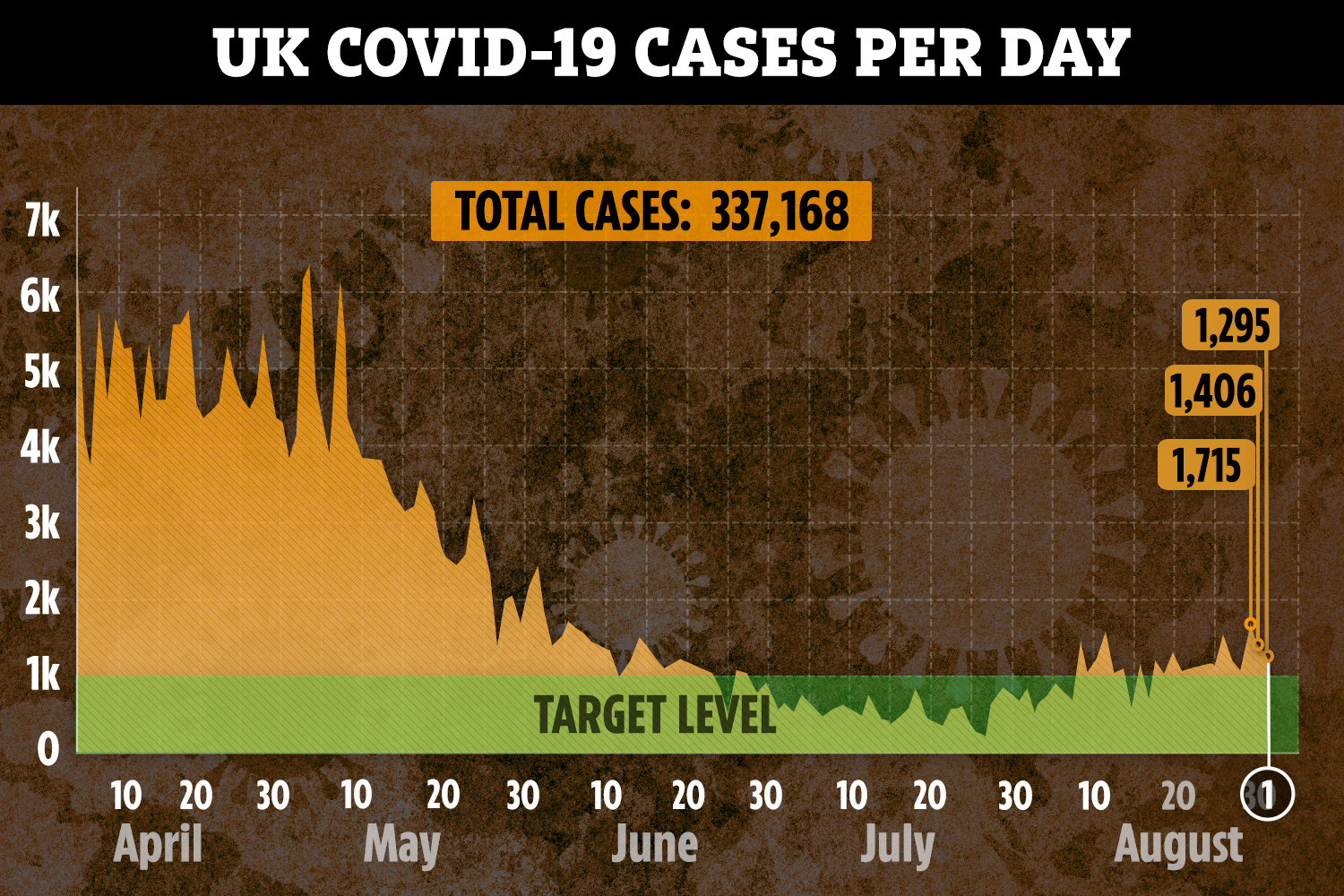 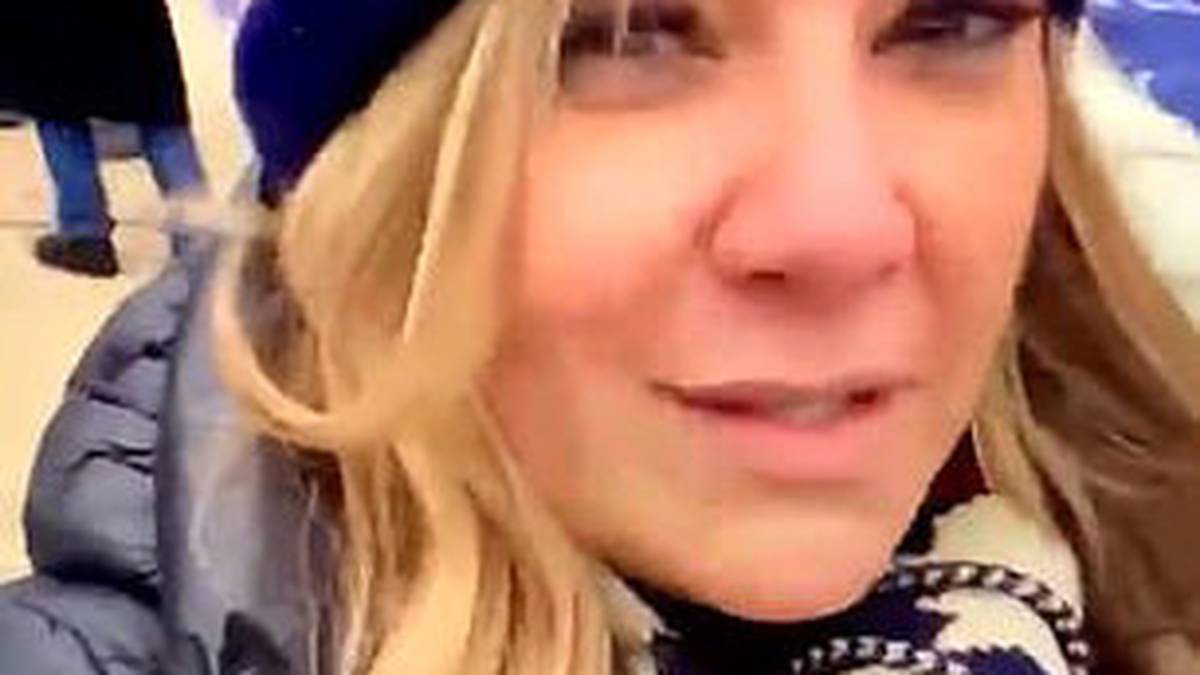