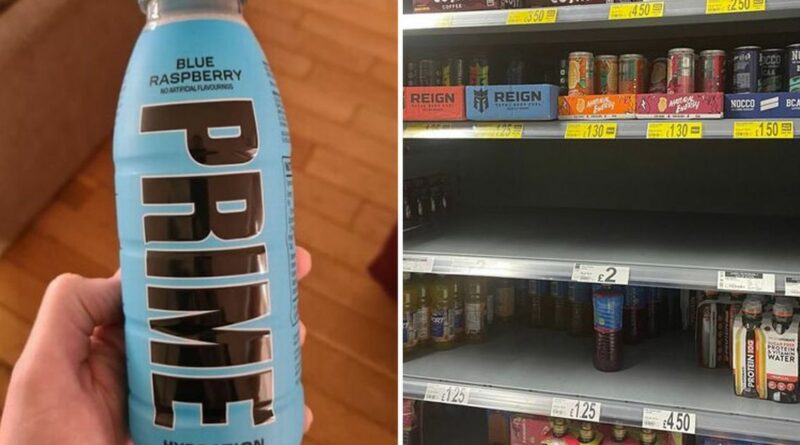 A viral hydration drink, created byYouTubestarsKSIandLogan Paul , called Prime has been flying off shelves as kids are desperate to purchase it due to its craze on social media with sellers taking advantage on eBay.

Due to the great demand, ASDA has already placed restrictions on the £2 bottle to three per person limit, with an ASDA spokesperson tellingECHO: "It is a very popular product and we are receiving regular deliveries to stores which are stocking it."

Despite the popular drink being widely available in America, in the UK, it's exclusive to Asda. With teens and fans obsessing over Prime and with it selling out in most ASDA, some admires are paying over£10,000 for an individual 500ml bottle .

READ MORE: Teens waking at 5am to grab all Asda stock of 'world's most valuable' energy drink

Prime comes in seven flavours with one eBay seller putting a pack of 12 blue raspberry Prime Hydration bottles on the site for £50,000.

Already, there have been reports of long queues outside Asda stores as people head to their local branch in hopes of getting a bottle before they disappear from shelves.

In addition, many convenience stores took advantage of the huge demand and started charging extortionate prices for the drink.

One example is Wakey Wines in Wakefield, which has been dubbed as 'the UK's most expensive newsagents' after it posted a video on the popular social media platform TikTok charging a girl £145 for six bottles of the drink, Yorkshire Live reports.

The TikTok showed Millie, from Castleford, who had travelled to buy six bottles of prime energy. The staff in Wakey Wines charged her £145 for the six bottles, which she happily handed over in cash in exchange for featuring on their TikTok page.

However, KSI did call this out in his own TIKTOK branding the incident as 'outrageous'.

He said: "Wakey Wines, my man is charging people 20 quid per Prime."

KSI continued to tell people that they should wait to buy it from Asda rather than paying these extortionate prices. He added: "£145. 25 quid bruv. Fam you're getting ripped off.

The popularity is somewhat understandable with rapper KSI has 24 million YouTube subscribers and Logan Paul has 23.6 million subscribers. Whilst the official Prime Instagram account currently boasts 1.2 million followers, highlighting the interest in the popular drink.

To get more stories from the Daily Star delivered straight to your inbox sign up to one of our free newsletters here.