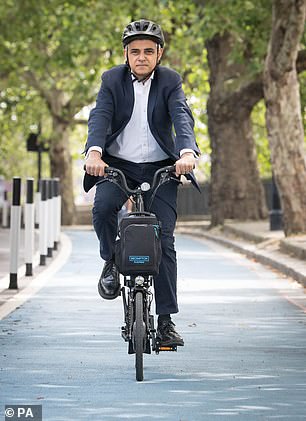 Mayor of London Sadiq Khan has been criticised by cab drivers for his Streetspace for London programme, which has introduced new cycle lanes in the capital

Sadiq Khan is like ‘a lunatic taking over the asylum’ in his campaign to prioritise cyclists and buses on London’s roads, according to cab drivers who continue to see demand for their services fall well below pre-lockdown levels.

In a bid to encourage social distancing on public transport and help reduce pollution, the Mayor of London recently unveiled his Streetspace for London programme, which is creating extra pedestrian and cycling space on roads.

Some 11 miles of new, pop-up cycle lanes have been established in the capital through the project, with a further 12 miles under construction.

But cab drivers are not happy with the changes, because drivers have to travel further to find drop-off points and are charging more for the journey as a result, meaning commuters are finding alternative options for travel.

They also claim that traffic has become gridlocked in certain areas, due to the additional cycling lanes created.

Speaking to The Sunday Telegraph, Darryl Cox, secretary of the London Cab Drivers Club said: ‘It is now harder for us to drop and pick up passengers – especially disabled ones – at some stations as there are fewer spaces to pull over.

‘The lunatic has taken over the asylum.’

Steve McNamara, general secretary of the Licensed Taxi Drivers’ Association, added: ‘Any policy which deters people from coming into central London and safely resuming their old routines, especially those who do not feel safe using public transport and for whom walking and cycling is simply not an option, will undermine London’s recovery and do further economic harm.’ 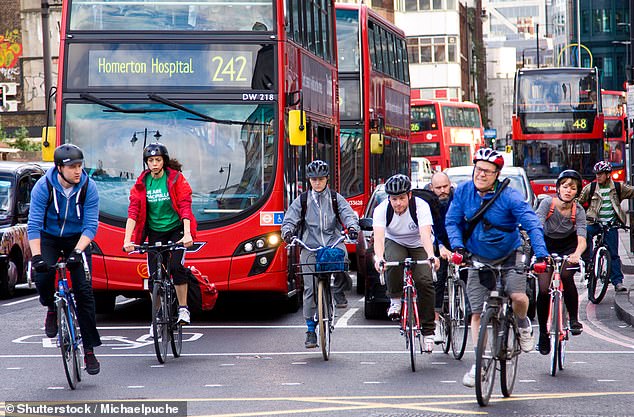 As part of his Streetspace for London programme, Khan visited Pimlico in central London on Thursday to try out a new segregated cycle route between Chelsea Bridge and Lambeth Bridge.

Speaking about the initiative, he said: ‘I’m determined to do all I can to ensure a green recovery for our city by building on Londoners’ record-breaking demand for cycling over the past few months.

‘I am proud that we are rapidly rolling out more space for walking and cycling and upgrading cycle routes to make them safer.’

Sophie Edmondson, principal sponsor for cycling at TfL, said: ‘Walking and cycling will be absolutely central to London’s recovery from coronavirus and our Streetspace programme is making sure everybody who wants to cycle can do so easily and safely.’ 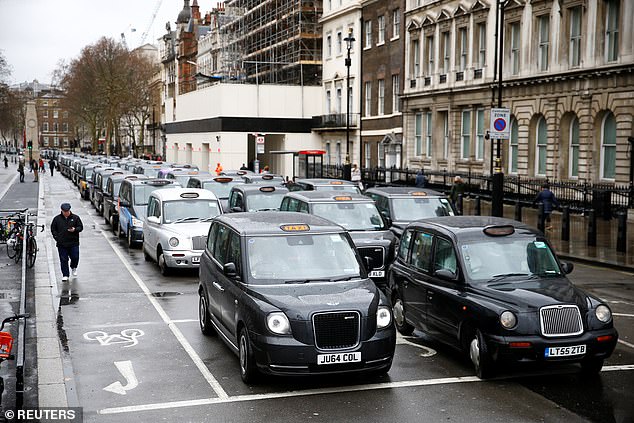