Flights were suspended from the single terminal airport this evening after it was evacuated at around 6.45pm. 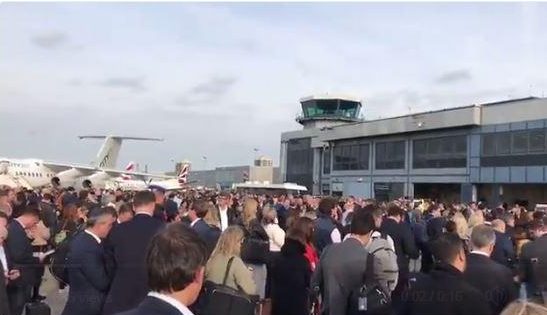 Fire crews were scrambled to the airport to investigate as stranded passengers tweeted from the runway.

One said: "However now London City Airport is being evacuated due to fire alarm so they aren’t letting us off the plane. Tin can rattling violently."

she continued: "Please let us off this plane soon."

Some passengers shared photos showing hundreds of people stood on the tarmac after they were forced to evacuate. 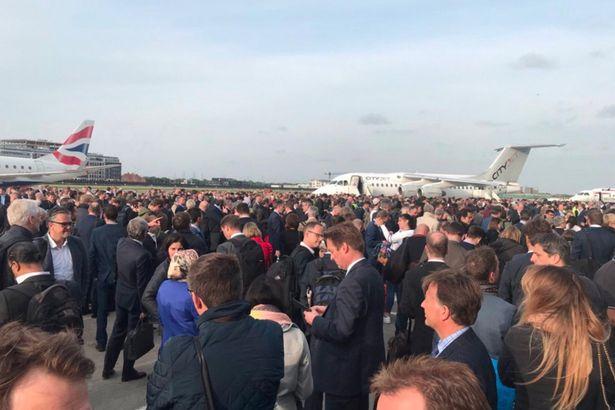 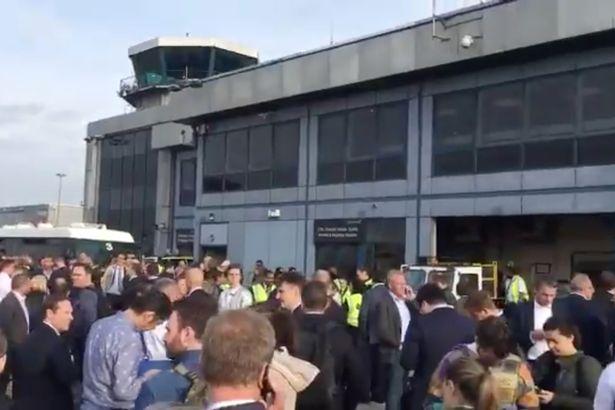 A spokesman warned delays are likely after all flights were suspended during the alert, which turned out to be a false alarm.

He added: "Thank you for the patience of passengers following the fire alarm activation.

"The terminal has been temporarily evacuated.

"Following an investigation, this has been deemed a false alarm and normal operations will proceed as soon as possible. We'll provide a further update shortly."

The airport later added in a tweet: "Flights resumed at 19.20 following the fire alarm.

"For passengers that remain in the queue to re-enter – we have opened as many security lanes as possible to get passengers through as quickly as possible. Thank you again for your patience."