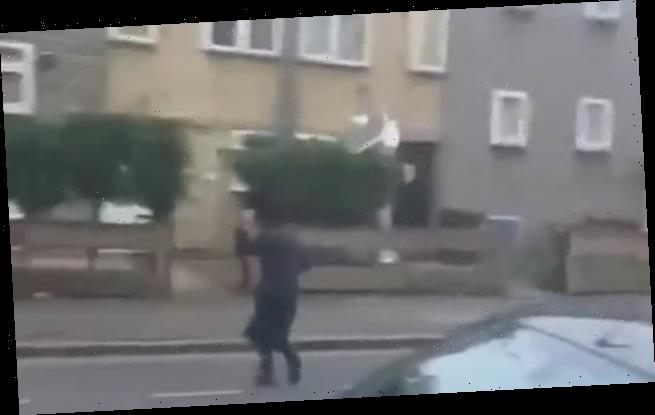 This is the moment two aggressive seagulls repeatedly swooped at a lone pedestrian before chasing the unfortunate man down an urban street.

They repeatedly swooped down and tried to peck the cowering man, before circling around to launch more ferocious attacks.

The terrifying attack was caught on video  by a man and a woman walking down the opposite side of the street, believed to be in London. 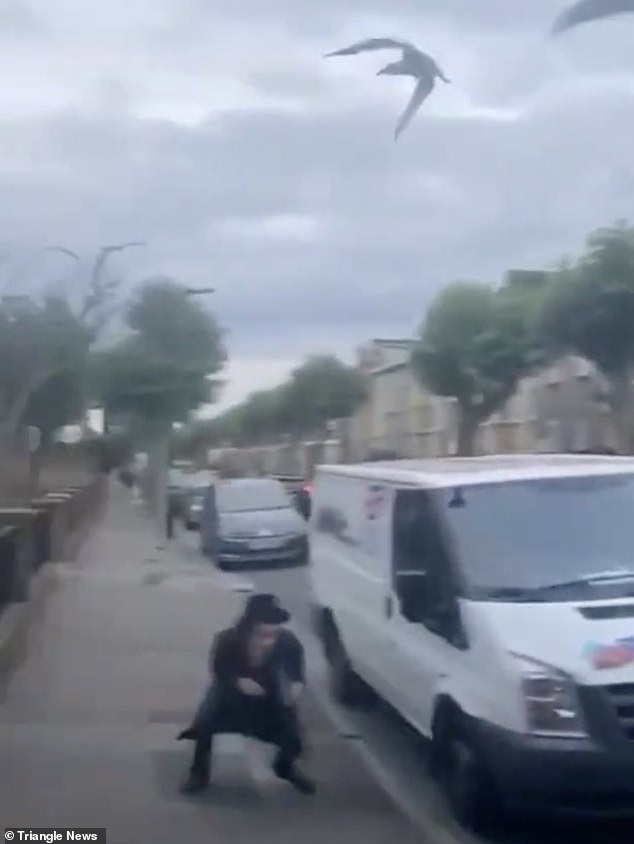 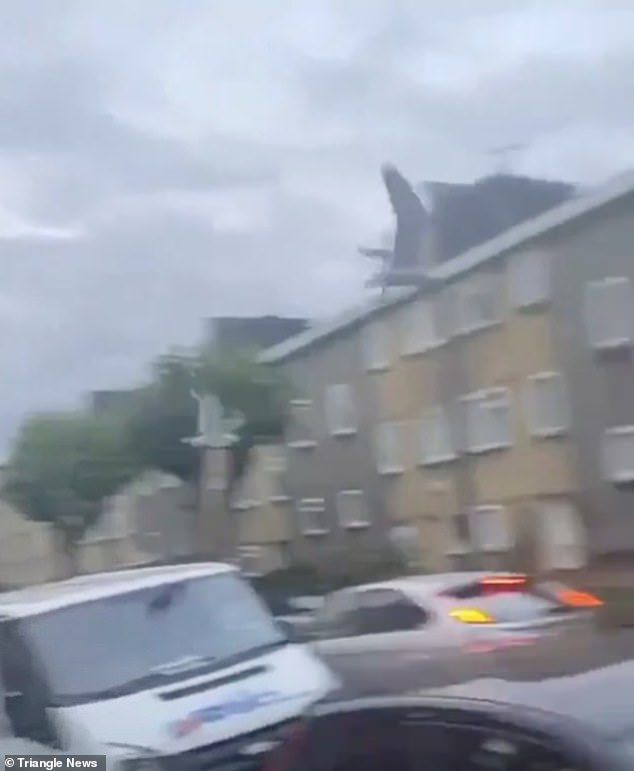 The squawking seagulls flapped after their victim plummeting down at him again and again in a frenzied attack.

A woman and a man on the other side of the road are filming the disturbing and bizarre attack, which reportedly happened in London..

‘What is wrong with it?’ asks the woman.

The man can be heard laughing at the other male’s misfortune.

The RSPB has offered advice on why the winged menaces swoop at people. 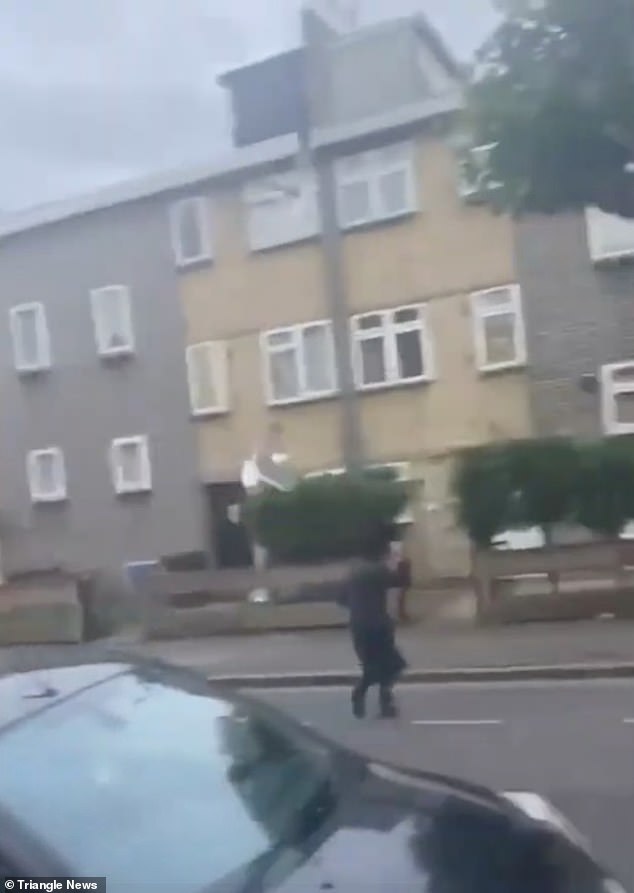 The man, pictured, was able to retreat to safety without suffering any injury during the attack

A spokesperson said: ‘The first is due to birds nesting nearby when they have eggs or chicks to protect.

‘The solution to this problem can be difficult, depending on the location of the nest and bird.

‘The simplest solution is to avoid the area for a week or two while the young develop.

‘If avoiding the area is impossible, the next best thing is to ensure that you have a hat, umbrella or similar article that you can raise above your head.

‘The bird will almost always swoop at the highest part of “you” – in this case the hat or umbrella.

‘The other cause, particularly common in gulls, is due to birds associating people with food.

‘This is the result of excessive hand-feeding.

‘However, this can increase the bravado of gulls and other birds and signal that ‘people mean food’.

‘The only way to reduce this problem is to avoid hand-feeding gulls, especially in holiday resorts where the problem tends to be most prevalent.’

Seagulls are about 15 inches in length, have a wingspan of up to 50 inches and weigh up to a pound.