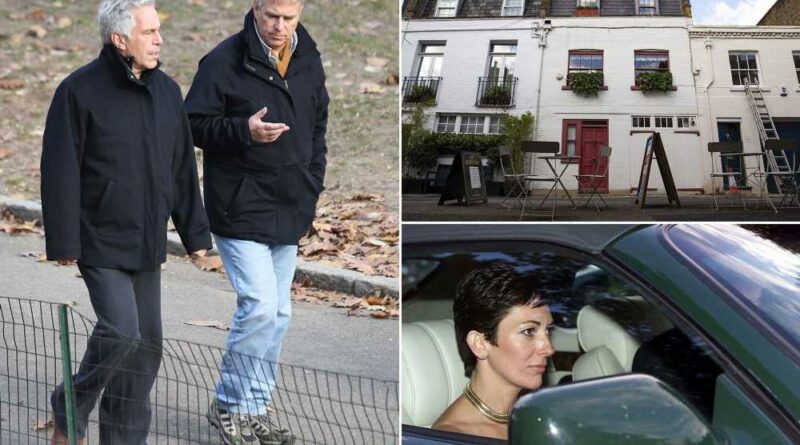 London’s Metropolitan Police confirmed to The Post that it will “review” the explosive allegations, which aired Tuesday as a Channel 4 investigation — part of which focused on complaints about the force’s own lack of action.

The TV special unearthed more than half a dozen claims that young women and girls were allegedly targeted, trafficked, groomed, or abused by the pair over a period lasting more than a decade.

“The true number may be much higher,” the host says in the trailer before questioning why so little action had been taken by authorities.

The most significant allegations include serious sexual assault and rape, the outlet said, noting that none led to full investigations.

“I was terrified and I was telling him to stop,” one woman says in the trailer.

The evidence came from a combination of publicly available documentation — including court papers — as well as witness accounts and interviews, Channel 4 said.

Epstein — who killed himself in his Manhattan federal lockup in August 2019 — was allegedly “aided and abetted” by “his British partner, Ghislaine Maxwell,” Channel 4 claims in the trailer.

“She is a monster — she’s worse than Epstein,” one unseen woman can be heard saying.

The pair were known to have made trips to London, with flight logs showing at least 51 trips in and out on multimillionaire Epstein’s private planes, including his so-called “Lolita Express” jet, Channel 4 reported.

The pals were also visitors at royal residences including Balmoral, Windsor and Sandringham, the investigation noted.

One accuser, Virginia Roberts Giuffre, has repeatedly alleged that she was forced to have sex with Prince Andrew when she was just 17 in 2001 in Maxwell’s London home.

But despite pleas from Giuffre and her legal team, London’s Met Police never opened a full investigation — a move the force has repeatedly stood by.

A former leading UK prosecutor ripped the decision as “concerning.”

“From what I’ve seen, there is clearly enough evidence for the police to investigate more thoroughly than they have done up to now,” Nazir Afzal OBE, the former chief crown prosecutor for northwest England, told Channel 4.

He suggested that the “perception here is a different approach was taken in relation to these alleged offenses” — potentially because of Epstein and Maxwell’s close ties to Andrew.

A Met Police spokesperson confirmed to The Post that it would review the information — while insisting it still “stands by the statement” a senior officer made in 2019 justifying the decision not to fully investigate the initial allegations.

“The MPS is clear that it will investigate allegations where there is sufficient evidence of an offense having taken place, where it is the appropriate authority to do so, and where those against whom the allegations are made are alive.”

The force confirmed it had “received an allegation of non-recent trafficking for sexual exploitation” in 2015 — but it didn’t have the “appropriate authority” to conduct a full investigation.

“However, following the legal advice, it was clear that any investigation into human trafficking would be largely focused on activities and relationships outside the UK.”

In November 2016, the Met Police ultimately made the decision that the matter would not proceed to a full criminal investigation.

That decision was reviewed after Epstein’s death and officers “concluded that the position should remain unchanged,” the spokesperson said, adding that the force has “continued to liaise and offer assistance with other law enforcement agencies.”

“We will always consider any new information and will review the information sent to us from Channel 4,” the spokesperson concluded.

Maxwell, the daughter of late disgraced media titan Robert Maxwell, remains in custody in the Metropolitan Detention Center in Brooklyn awaiting trial on sex-trafficking charges. She has pleaded not guilty and maintains her innocence.

Prince Andrew has also repeatedly denied having sex with Giuffre or having any idea that Epstein was abusing women.