Home » World News » London snow map: Will it snow in London? Shock map reveals it could snow on THIS date

London could see a scattering of snow this week, as Storm Jorge dissipates over the north today. The storm departed at 3pm and took its weather warnings with it, but left behind dropping temperatures and snow warnings.

Will it snow in London?

Several regions in the UK have seen snow in 2020, as the end of winter often sees extensive snowfall over the north of the country.

Snowfall is traditionally much less common in London, as one of the hottest parts of the country, but weather forecasters predict the capital could see some this week. 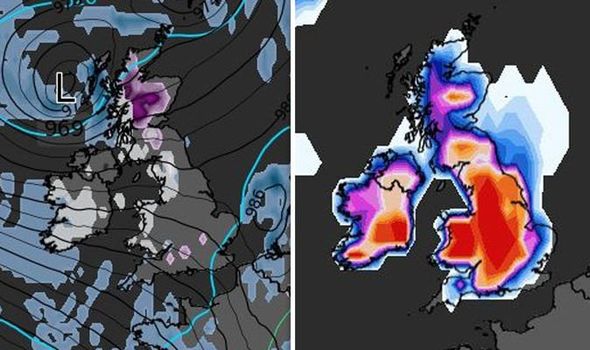 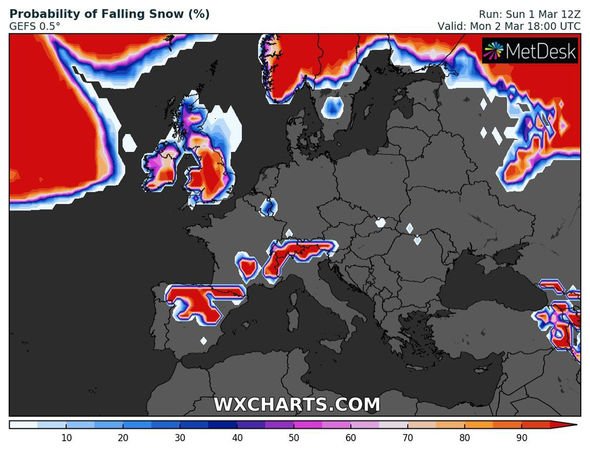 According to forecasters with WXCharts, which uses data from MetDesk, the likelihood of snow in London dramatically increases on Monday.

The organisation’s snow probability model shows little snow around the capital during Sunday, but by 6am on March 2, this increases to 10 percent.

Over the next 12 hours the chance of snow increases, building to 40 percent by 6pm.

During the same period, central parts of the country will also see a 90 percent or more chance of snow. 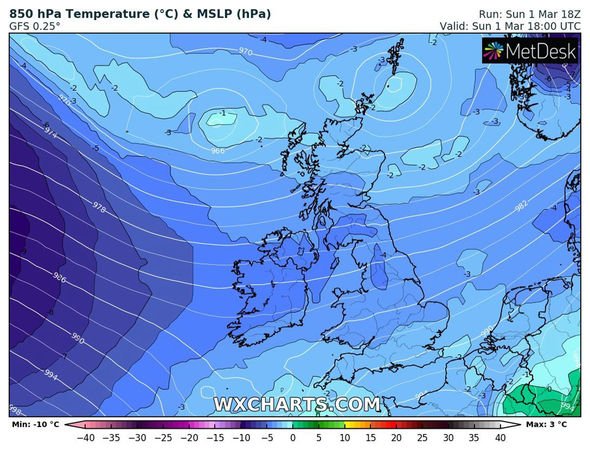 The highest chances reside around Oxford, Coventry and Nottingham, and further north.

During the same time, temperatures will remain in the low single to minus figures, around 0C during the early morning on Monday.

After Monday, snowfall in London seems a distant prospect, with brief periods of possible snow until the end of the week.

According to the Met Office, however, wintry showers will start to fall over parts of the country come Friday, March 6.

DON’T MISS
Coronavirus: When will it end? Could virus die off in warmer weather? – EXPLAINER
Storm Jorge LIVE: UK hit with 90mph winds and floods – INSIGHT
Storm Jorge could cause road closures due to wind and rain – INSIGHT 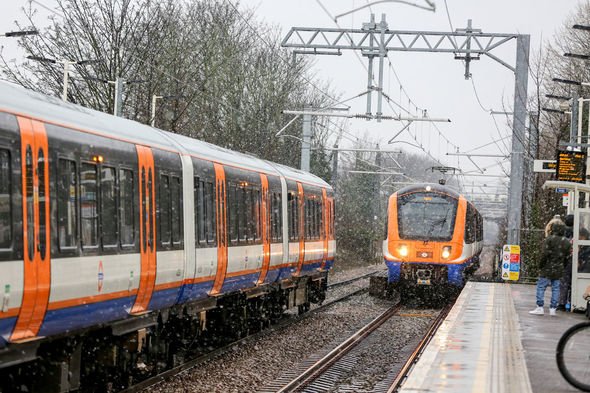 The agency’s long-range forecast from March 6 to March 15 states snow could fall to lower levels in the north of the UK, as temperatures “fluctuate”.

The forecast reads: “Wintry showers Friday, particularly in the west and north with hill snow and strong winds in the north also. Drier with sunny spells in the south.

“Over the weekend it will remain unsettled with spells of rain interspersed by brighter and showery interludes and the wettest of the weather in the west.

“Any snow will mainly be confined to the high ground and perhaps to lower levels in the north.”

“It will often be windy with gales possible in the northwest.

“Into the following week, changeable conditions are expected to continue with spells of wet and windy weather, perhaps snow over higher ground, interspersed with sunshine and showers.

“Some longer, drier spells are possible towards mid-month across the south.

“Temperatures are likely to fluctuate around normal with occasional overnight frost.”