The Metropolitan Police received reports of a suspicious item on Tottenham Court Road at around 5.45pm. 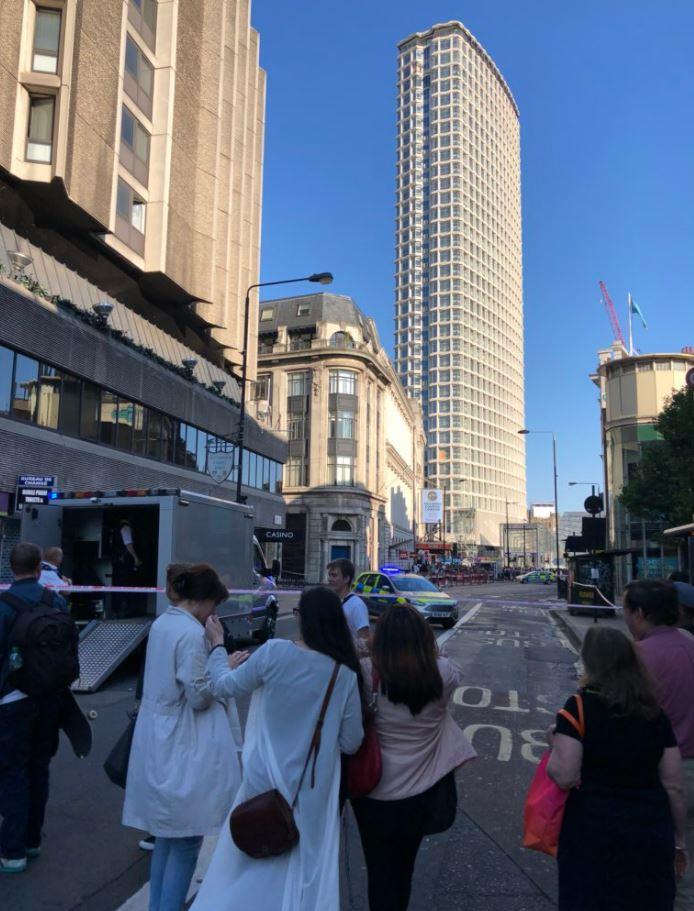 The street was shut down as cops swarmed the area, with the bomb disposal robot deployed to investigate the item.

But the incident was stood down shortly before 7pm and the item was declared non-suspicious, a police spokesman said.

The Met refused to confirm if a controlled explosion had taken place.

However one Twitter user said they heard a "boom" at Tottenham Court Road, while Labour MP Chris Bryant said a controlled explosion had taken place.

The area has since reopened to traffic northbound from Oxford Circus following the incident, TfL has said.