THIS is the incredible moment an elephant seal the size of a small car is shepherded back into the ocean by a small army of locals and police.

The gigantic animal managed to shuffle ten blocks into a residential area of Puerto Cisnes, Chile, before it was returned to its natural habitat with a little bit of help. 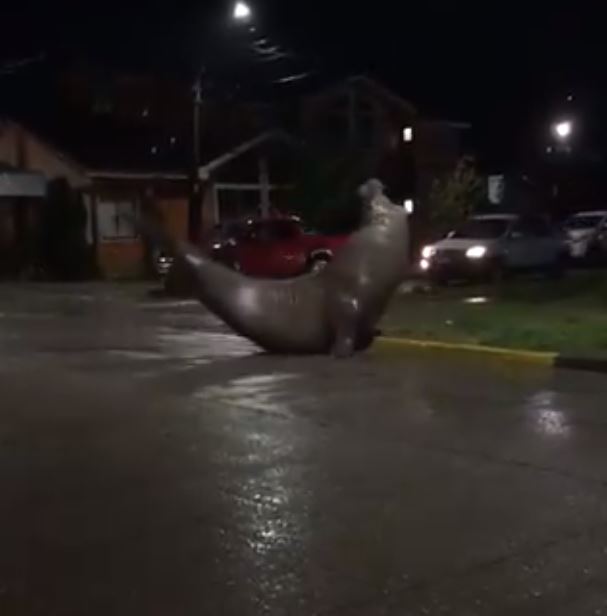 Police and Chilean Navy officials joined neighbours to block off streets to help move the massive mammal back to the ocean.

The elephant seal can be seen writhing as its surrounded by a large crowd of people holding up a tarpaulin.

Roads are blocked off with cars and other plastic sheets as they attempt to show the beast which way to go home.

Good Samaritans threw buckets of water over the confused animal to keep it hydrated.

It made it back to the water shortly before a coronavirus curfew was imposed on the town’s 2,500 inhabitants.

Manuel Novoa, a presenter at local radio station Radio Autentica FM who shot footage of the incident showing the elephant seal being assisted and offered a live commentary of the rescue.

He said: “Look at all the people who are helping and are using tarpaulin to circle it.

“It’s just a few feet from the sea now. The work neighbours have done has been incredible.

“They’re giving it time to rest because it’s covered around ten blocks and must be very tired.” 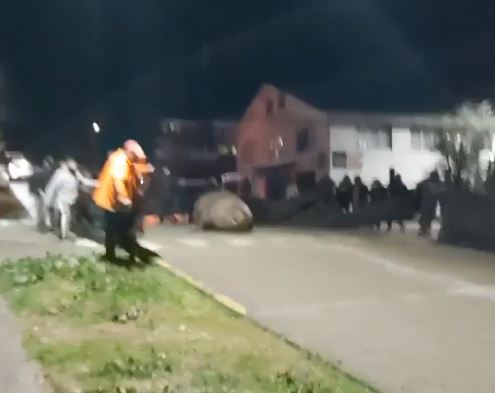 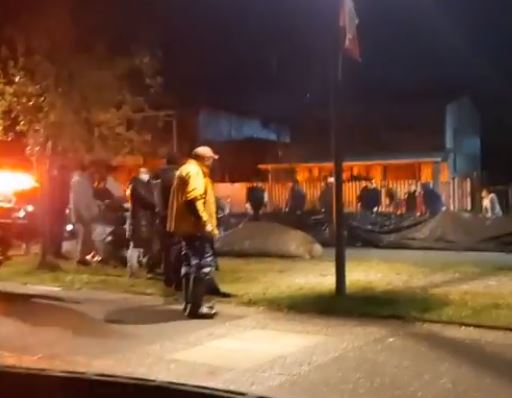 A dog was even seen joining in at one point, wagging its tail as it ran up to the army of helpers running behind the elephant seal as it sped up its belly flops along the tarmac.

Applause rang out as the animal made it to the ocean between fishing boats anchored by the water’s edge and disappeared into the darkness.

A Navy official told Mr Novoa as volunteers packed up their plastic sheeting and returned home: “It was a great effort. The seal is safe now and out of danger from humans and dogs that could do it damage.

“We’re very happy and we’ll be carrying out constant patrols to make sure it doesn’t return to dry land and suffer an accident.

In a statement, a Navy Captain Christian Reyes Jofre said: “We ask people when they see these animals not to approach them or take their pets to see them.

“A safe distance should be maintained to give them the peace and calm they need so they don’t become disorientated or stressed.”

The bizarre episode has been linked to the fact the busy town's streets are silent at night-time because of a Covid-19 curfew. 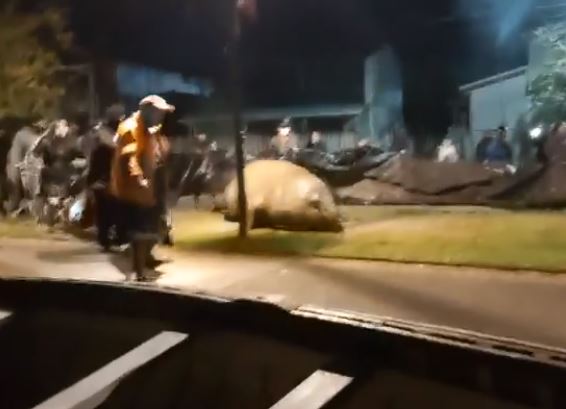 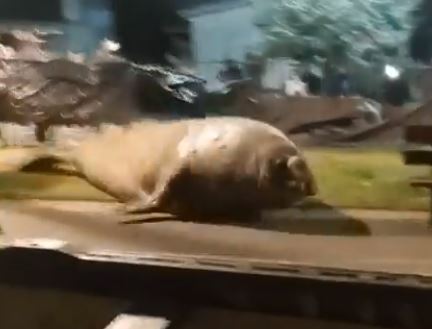 A witness named only as Antonia told local press: “It was moving very quickly. My son spotted it first and initially he was frightened.

“I had never seen an elephant seal so close up, and certainly never in a populated area.

“You usually see them in the sea and a long distance from land.”

They spend up to 80 per cent of their lives in the ocean and can hold their breath for more than 100 minutes, longer than any other non cetacean mammal.

They take their names from the large nose of the adult males which resemble an elephant’s trunk.

They typically reach a length of 16ft and a weight of three tonnes.