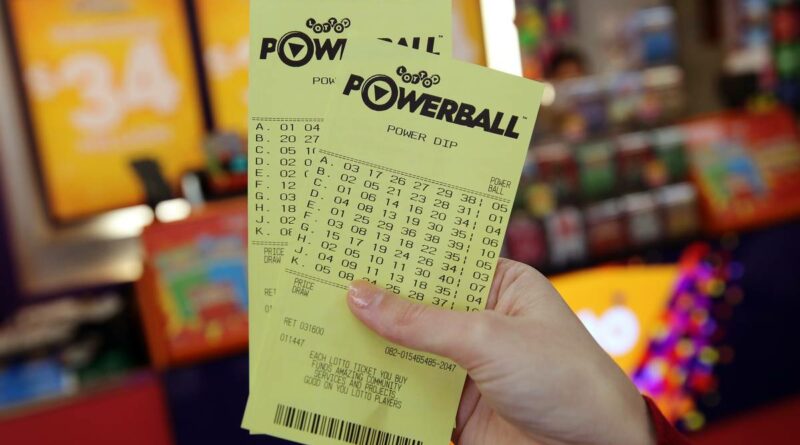 Lotto’s mouth-watering $23 million Powerball draw tonight has not been struck.

But eight players have shared Division One, each winning $125,000.

Lotto Powerball has now jackpotted to $25m for Wednesday’s draw.

The Division One winners included two from Auckland who got their tickets online, as well as players from Hamilton, Te Awamutu, New Plymouth, Upper Hutt and Porirua.

Earlier this month Lotto NZ revealed a lucky and belated win by one punter.

A woman carried a lottery ticket worth $250,000 around in her wallet for six months after she forgot about it and only discovered it while putting loose change away.

The Palmerston North woman, who wanted to remain anonymous, said she and her husband still couldn’t believe their luck and were “blown away” after cashing in the winning ticket.

She said she bought the ticket on a trip in Taupō last September.

At the time, she popped it in the back of her wallet and promptly forgot all about it until this week.

A Lotto NZ spokesperson said it wasn’t until the woman went to put some change away that she noticed a few Lotto tickets sitting in her wallet waiting to be checked. She decided to do that when she passed her local Lotto store.

“I was a sweaty mess from doing the gardening and almost didn’t check my tickets because I just wanted to get in and out as fast as I could,” the woman said.

“But as I was leaving the store, I saw someone at the Lotto counter and thought, ‘Ah, I may as well just check them while I’m here’ – I figured I’d carried them around long enough by that point.

“When the man at the counter put my second ticket through the machine I heard the winning noise, and honestly, I just thought I’d won a bonus ticket.

“That’s when he said ‘you’re a winner!’ And handed me a little yellow slip of paper that had the prize amount on it – when I looked up at him I could see he was absolutely beaming. I read the slip of paper and thought it said $250 at first – then I did a double take and realised it was a tad more than that.”

The woman said she was left in complete shock.

“I always see the Lotto ads on TV and think how amazing it would be to win – it’s something you always dream about, but for it to actually happen…well, we are absolutely blown away.

“My husband and I have spent the past few days asking each other if the news has sunk in yet, the answer is still ‘no’ every time – I think it might take a while.”