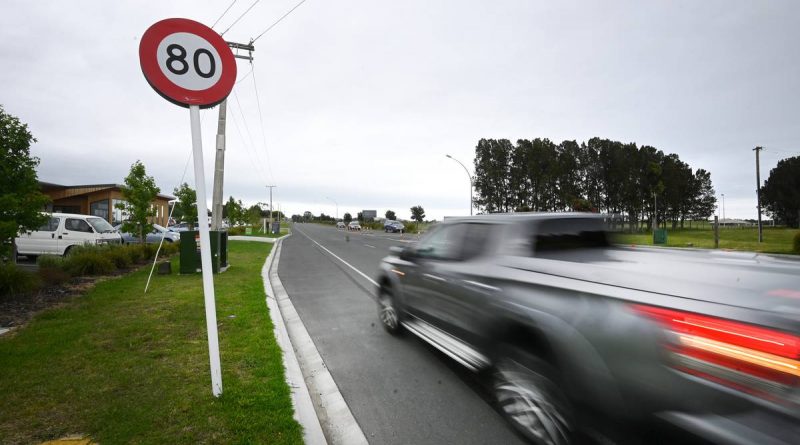 The speed limits on some of Tauranga’s busiest commuter roads are set to drop.

But transport authorities are concerned some of the proposed slow-downs might prompt frustration and poor driving behaviour.

The council consulted on the proposed changes and collected 680 submissions in November, which revealed overall support for most reductions.

In a report for Monday’s meeting, transport safety team leader Clare Cassidy said the proposal targeted 10 high-risk locations where speed limits were considered out of context because of urbanisation or were the subject of community concern.

Community submissions raised concerns the changes were “counter-intuitive” and “increasing congestion” with one submitter stating: “People are going to get angrier and go faster.”

Submissions also revealed concerns drivers on roads such as Ohauiti Rd would not adhere to the new limits, as they were already speeding there now.

One submitter said they had attended multiple accidents on Tara Rd which “closely resembles a drag strip and is used in this way”.

“Walking along the footpath to go to the garden centre and daycare is frightening … We do not feel safe walking.”

Other community submissions stated the proposed changes were “realistic and sensible”, “overdue but very welcome” and “genuine, positive progress”.

Another submitter said, as a cyclist, car driver, and bus driver/supervisor, they “wholeheartedly approve of these proposals”.

“Safety would definitely be increased for all road users. Anyone who believes their lives will somehow be worsened by this, that the speed limits will hamper them or hugely affect their journeys, is dreaming.”

Overall, community opposition only outweighed support for two of the 10 proposed speed reductions. These were the plans to reduce Tara Rd’s 80km/h limit to 60km/h and Papamoa Beach Rd/Maranui St from 60km/h to 50km/h.

A transport agency spokeswoman told the Bay of Plenty Times Weekend it would be preferable to review Domain Rd’s speed limit once further details of any development were known. Currently, the road reflected a rural environment and lacked the infrastructure to help ensure road users would respond with urban travel speeds, she said.

“It is also important that speed limits are predictable, consistent and credible. Minimising speed limit changes on a particular stretch of road addresses these aims and contributes to safety outcomes.”

“These are main arterial routes, particularly until the connections to the Eastern Link road [State Highway 2] are finished.

“Tara Rd in particular, with four lanes and a wide centre, has limited entries/exits from the road, traffic flows at a safe and consistent 80km/h at non-peak times and the environment does not suggest anything lower.”

The AA also opposed changes to Welcome Bay Rd “as this is a main arterial route with limited intersections and therefore there is a need to keep traffic moving”.

The organisation supported proposed reductions to other roads such as Ohauiti and Pyes Pa Rds because of the increased housing development in the areas.

In his submission to the council, Bay of Plenty road policing team leader Senior Sergeant Rob Glencross said, in his view, any changes should be evidence-based and intended to improve public safety.

“There does also need to be some consideration given to the impact that any changes might have on the travelling public, particularly in terms of any increased frustration that might arise as a consequence of the reduction.

“That frustration can sometimes lead to poor driving behaviour, which then undermines the safety intent of the reductions.”

The submission feedback prompted council staff to drop the recommendation to lower the limit on Domain Rd and partly reduce the speed on Tara Rd. A final decision will be made on Monday.

In response to the concerns raised by Spall and Glencross, council acting director of transport Russell Troup said striking the right balance between safety and travel time “has been a real focus for us”.

“In reality, if you’re travelling at the speed limit, a 10km/h reduction increases journey time by 12 seconds per kilometre.By contrast, studies have shown that a slight speed reduction considerably reduces the chance of serious harm or death, especially for pedestrians and cyclists. Public safety is council’s priority.”

Troup said the council had listened and taken on board all concerns and where possible, made some changes because of them.

“Where we’ve recommended a change, we have prioritised safety over journey time.”

Troup said all 10 roads had safety issues or the surrounding environment had changed making the existing limit inappropriate.