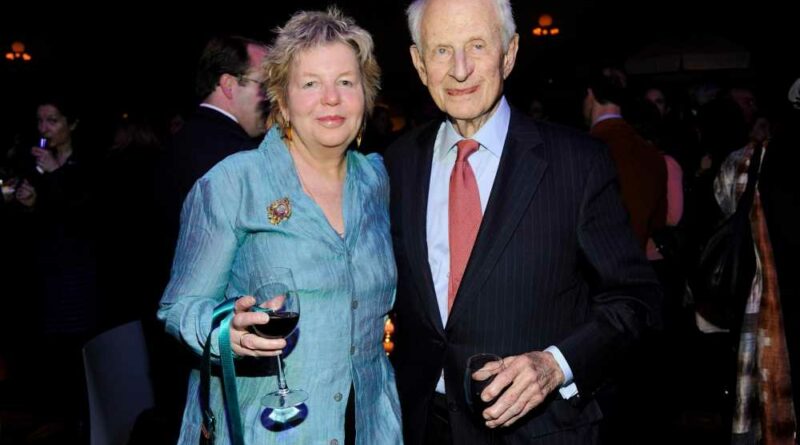 The Boston-born journalist got her start as a coffee girl at the London office of United Press International, digging up stories in her own time and traveling to Northern Ireland during the Troubles.

“At 22, she found herself dodging bullets and sending back stories to UPI headquarters, which later won several awards,” her bio notes.

After being transferred to UPI’s New York bureau, she infiltrated the revolutionary terrorist group the Weathermen for a five-part series that made her the first woman to win the Pulitzer Prize for national reporting.

It was also in New York where she met Morgenthau, who would become New York City’s longest-serving district attorney with 35 years on the job.

Morgenthau once recalled to the Poughkeepsie Journal how his wife-to-be stuck out when questioning him about then-President Richard Nixon’s fundraising activities tied to the Watergate scandal.

“She made me spell out all these names, and I said, this is the dumbest reporter, or the smartest,” Morgenthau said. “After I read the story, I said she was the smartest.”

They married in 1977 and were together until Morgenthau’s death in July 2019, just 10 days before his 100th birthday.

Franks penned a 2015 memoir about their decades together called, “Timeless: Love, Morgenthau and Me.“

“She cared for Bob and loved him, and always made sure he was OK,” longtime friend Lila Meade told the Poughkeepsie Journal.

“You know how they say ‘behind every great man is a great woman?’ That’s part of her legacy.”