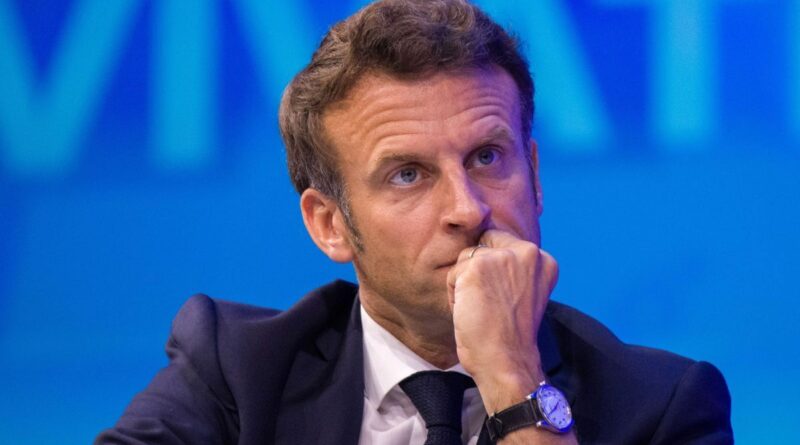 The President’s centrist Ensemble coalition, which wants to raise the retirement age to further deepen European Union integration, had been on course to win the most seats in Sunday’s legislative elections. But in a major setback, Emmanuel Macron lost control of the National Assembly in a move that could see France gripped by political paralysis unless he is able to negotiate alliances with other parties.

While Ensemble secured the largest number of lawmakers in the 577-seat National Assembly, it still fell well short of the threshold required for an absolute majority.

It’s a devastating setback for the French President, who has long wanted to deepen France’s integration into the EU and raise the retirement age – a move that has continued to infuriate French voters.

The result from Sunday’s legislative elections now throws huge doubt over how things will unfold.

Mr Macron must now quickly find a solution, which includes forming a ruling coalition or leading a minority Government that has to enter into talks with opponents on a bill-by-bill basis.

But if no deal can be thrashed out, the Eurozone’s second-biggest economy faces the prospect of being thrown into turmoil.

This leaves Mr Macron with the prospect of calling a snap election to break the political deadlock.

French Finance Minister Bruno Le Maire described the elections result as a “democratic shock” and warned if other parties don’t cooperate, “this would block our capacity to reform and protect the French.”

Prime Minister Elisabeth Borne said from today (Monday), Mr Macron’s camp will look to form alliances, but also warned: “The result is a risk for our country in view of the challenges we have to face.”

But the legislative election results have been hailed by the far-left, with veteran Jean-Luc Melenchon telling cheering supporters: “The rout of the presidential party is complete and there is no clear majority in sight.”

Left-wing Liberation called the result “a slap” for Mr Macron, and economic daily Les Echos labelled it “an earthquake.”

Mr Macron had only just secured a vital victory during the French Presidential elections in April, providing him with a huge boost in deepening the country’s ties with the EU.

The victory was all the more historic as he became the first French president in two decades to win a successive term, as voters rallied to keep Marine Le Pen and the far-right out of power.

But Mr Macron has long been seen to be out of touch with voters, presiding over a deeply divided country where support for populist parties on the right and left has surged.

Ms Le Pen’s far-right National Rally party won its biggest ever representation in the lower house while the left-wing bloc Nupes, headed by the hard-left Mr Melenchon will form the largest opposition force.