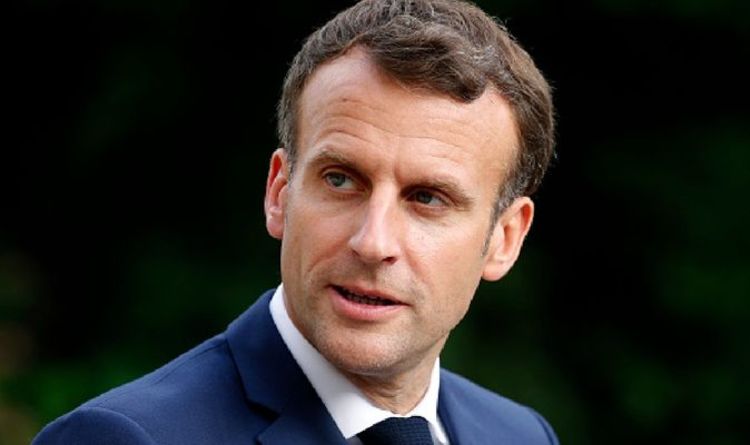 President Macron announced new coronavirus measures that will see French residents asked to show their Health Pass, also known as Covid certificates, to participate to events, use public transport and even visit bars and restaurants from August.

The measures have been met with strong criticism from politicians across the French political spectrum.

UPR leader Francois Asselineau blasted the French President as he argued in favour of abandoning the draconian measures before it is even implemented.

“This measure, equivalent to the ‘Health Pass’ that Macron wants to impose on France, has proven to be very unpopular and completely impractical.

The Russian capital regained a more usual appearance on Monday: restaurants well stocked at lunchtime, terraces returned to their usual size in a city where vaccination has not yet become widespread.

The decision of the powerful mayor of Moscow, Sergei Sobyanin, to put an end to the sanitary QR Code – a measure similar, in spirit, to the sanitary pass called to be extended in France – astonished many, and relieved those who had are not yet convinced of the vaccine. The measure will only have been in place for three weeks.

Since July 19, mandatory QR codes for visiting restaurants and cafes will be cancelled in the capital.

This was announced by Sergei Sobyanin during a meeting of the Coordinating Council under Government of Russia on control of spreading the Coronavirus infection, which was held by Russian Prime Minister Mikhail Mishustin.

The Moscow Mayor said: “I have received many appeals from business, public organisations, party organisations, in particular from the Federation of Restaurateurs and Hoteliers, from United Russia party.

“I would like to thank Moscow business for the responsible attitude to the measures that we have taken, to the joint work that has allowed us to take further steps to normalise the situation and the operation of the economy.”

The French government has already been forced to adjust its new plan to fight COVID-19 on Monday, slashing planned fines and postponing them to an unspecified date, spokesman Gabriel Attal said.

The health pass provides proof that a person has been vaccinated against COVID-19, has recently had a negative coronavirus test or has newly recovered from the virus.

What changes is that a planned 45,000 euro fine for businesses which do not check that clients have a health pass will be much lower, starting at up to 1,500 euros and increasing progressively for repeat offenders.

Besides, checks will initially be meant to help people apply the measures but the fines will not be imposed immediately.

Government spokesman Attal told a news conference he could not say exactly when the “run-in period” would end and fines would be imposed.

He said it might be more than a week but would be less than a month, to give everyone the time to adapt to the new rules.

“We have entered the fourth wave of the epidemic,” Attal said after a meeting of the French cabinet.

A health pass will be required in venues including cinemas, bars, restaurants, hospitals and long-distance trains and planes, a decision that led to protests at the weekend.

The plan, set to be voted on by parliament, was announced a week ago by President Macron as infections rose and vaccination rates slowed down.

The plan also foresees that people who test positive for coronavirus will need to self-isolate for 10 days.