Home » Made in Vietnam: why Hanoi wants to make its own vaccine 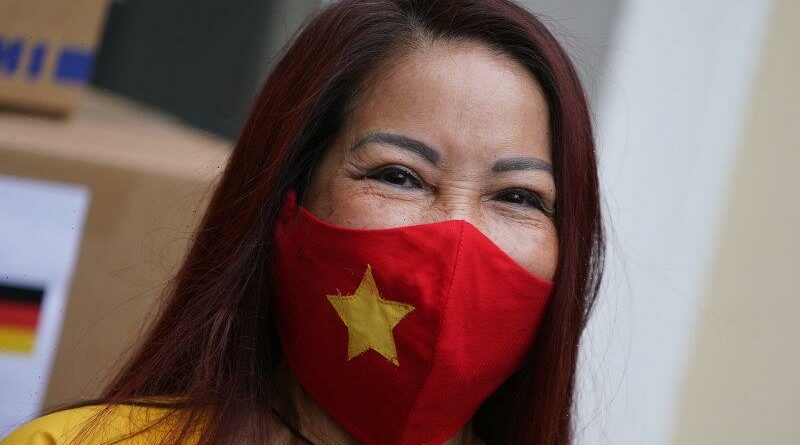 Singapore: Just about any way you look at it, Vietnam’s performance during the pandemic has been remarkable.

In a population of nearly 100 million people, there have been fewer than 4000 cases of COVID-19 and 35 deaths. 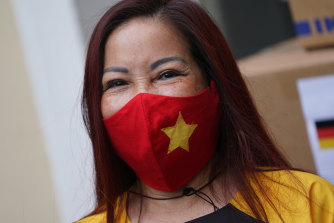 Mask wearing has been key to Vietnam’s success against the virus until now.Credit:Getty

Now, in the midst of a new wave of the virus that has gripped south-east Asia over the past six weeks, Vietnam is looking to stand out from the pack again.

One of the only nations in the region to effectively rebuff Chinese vaccine diplomacy with jabs in short supply, it is developing not just one of its own but four.

Two are being made by state-owned companies but the frontrunner, drug maker Nanogen, is deep into clinical trials at Vietnam Military Medical University in Hanoi and has global ambitions for its COVID-19 vaccine candidate Nanocovax.

In an interview with The Sydney Morning Herald and The Age, Nanogen research and development director Dr Do Minh Si said Vietnam’s ministry of health could approve its vaccine for emergency use in as soon as a week. The Ho Chi Minh City-based company had the ability, he said, to produce 120 million doses per year and deals to expand that capacity were being discussed with Indian and Korean production plants.

“We can produce our vaccine there and then we can sell to the world,” he said. “This is our plan.

“We are ready for vaccinations because we have already produced a lot of vaccines for the Vietnamese people. We are also willing to share our technology with low-income countries.”

If not given approval, Nanogen will press ahead with stage three of clinical trials, some of which he said would be conducted abroad in the Philippines and Bangladesh because Vietnam had such a low number of cases it was difficult to fully demonstrate the vaccine’s efficacy at home.

Vietnam has secured fewer than 1 million doses of the AstraZeneca vaccine, mostly through the international global agency known as COVAX, the company hopes a vast proportion of the country’s population will ultimately be inoculated by homegrown vaccines such as Nanocovax.

Vietnam and Singapore are the only south-east Asian countries to record year-on-year growth in the first quarter of 2021.Credit:Getty

Vietnam has applied to the World Health Organisation for transfer of technology that would allow a local company to start producing mRNA-based vaccines, the model on which the Pfizer-BioNTech and Moderna shots were developed.

The appeal of Nanocovax, Dr Do Minh Si said, was that unlike the below-zero storage requirements of mRNA vaccines, it could be kept at between two and eight degrees celsius, ideal for distribution across Vietnam and beyond in the region.

“This is the reason why I strongly believe the Vietnamese authorities are waiting for our vaccine. We cannot wait for the foreigners’ vaccine,” he said.

The only country in south-east Asia to record economic growth last year, Vietnam withstood major COVID infection spikes with a strategy including localised lockdowns, swift and thorough contract tracing and compliance with mandatory mask wearing and social distancing. Even loudspeakers in Hanoi – once used to warn of air attacks during the Vietnam War – have been put back into use to issue directives about virus threats.

A so-called fourth wave again has authorities on high alert. There have been more than 800 new cases across 25 of Vietnam’s 63 provinces since late last month when several foreigners were found to be positive after being released from quarantine.

Those numbers pale in comparison to the alarming surges of the past month in neighbouring Cambodia, which has skyrocketed from 500 total cases in February to more than 20,000, and in Thailand, which had fewer than 7000 positives last year and now has a caseload nearing 90,000.

But Vietnam is bracing for as many as 30,000 infections and Dr Nguyen Thu Anh, an infectious diseases expert with the Woolcock Institute of Public Research in Hanoi and the University of Sydney, warns the current outbreak is different to its previous flare-ups as the virus has spread so widely around the provinces.

While she said there was growing scepticism about AstraZeneca and its side effects, her organisation’s research on the pros and cons of the Vietnam-made candidates has not convinced her they are the answer.

“Even if the vaccine is developed locally and is safe, having sufficient resources to manufacture [mass doses] is the biggest thing for Vietnam. I’m not sure if the country has enough financial resources to make it happen,” she said.

Vietnam has previously produced influenza vaccines but Rogier van Doorn, a Dutch microbiologist who is director of the Oxford University Clinical Research Unit in Hanoi, agrees the sheer amount of COVID-19 doses needed is problematic.

“There is quality control capacity to do it but it is the scale that is required now that is unprecedented … 200 million doses is a different conversation to what they’ve been doing until now,” he said.

Whether that can be achieved is yet to be seen, but he describes Vietnam’s overall response to the virus as “incredible”.

“And I believe the numbers,” said . “I work in the hospitals. I would have seen it if there were more infections.”