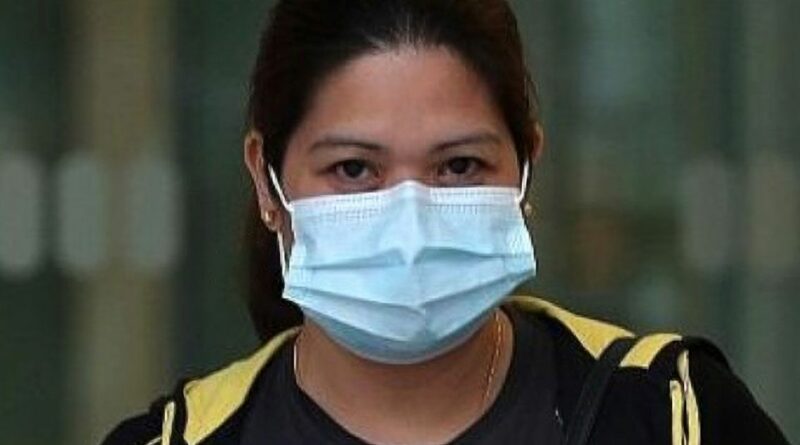 A disgruntled maid mixed her urine and period blood together before feeding it to her employer, a court heard today.

She worked from about 6.30am to 10pm every day with just one day off a week, said her unnamed employer.

The software engineer has secured a gagging order to stop his name being made public.

He told the Singapore court how he found out about the gruesome alleged offences when Rowena’s ex-boyfriend sent him text messages over WhatsApp, reports malaymail.

“He sent a message (to both me and my wife) saying she had put menstrual blood and urine in the family’s food. I was shocked,” he said.

But Rowena denies the claims and said she lied to her boyfriend about the dirty deed.

She began working for the family in May 2017, and was tasked with cooking most of their meals in the Sengkang home.

On top of the food, she cared for the employer’s kids – aged seven and three – and looked after his wife and her mum.

After finding about about his maid’s alleged dirty protest, he went to the cops.

“At one point, when the officers investigated, I heard that she mentioned she had mixed those two things in my food,” the victim claimed.

“She said, ‘Sorry sir, sorry ma’am’, many times. Of course, we did not accept her apologies.

“I asked her whether she would do these things to her own kids, her own family.

If convicted of the charge of mischief, Rowena could be jailed for up to two years or fined, or both.

To stay in the loop with crazy stories like this one, sign up to one of the Daily Star's free newsletters by clicking here.