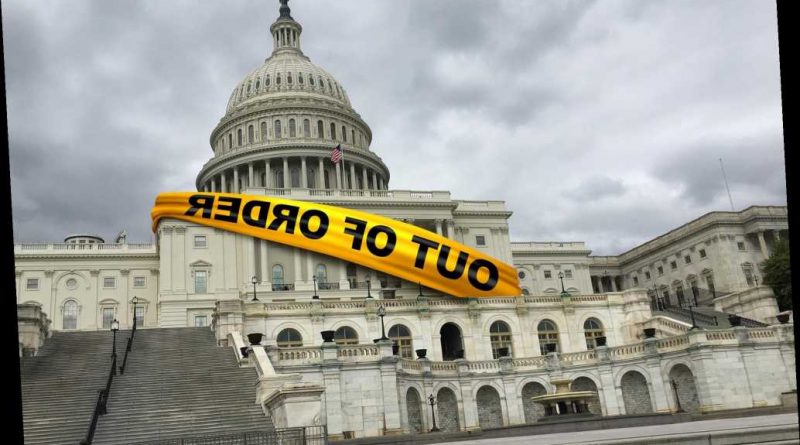 NYC’s Burmese community speaks out against military coup in homeland

Russians chime in on ‘limping’ US democracy after Capitol is stormed

The boot comes down in Hong Kong

Only 16 percent of Americans believe the country’s democracy is thriving, according to a poll conducted after the deadly Capitol riots on Jan. 6.

But the vast majority accept that a government by the people is a critically important principle of the United States, the poll said.

About half of those polled think then-President Trump should be convicted in this week’s Senate impeachment trial for “incitement of insurrection.”

Nearly two-thirds of Americans think the Republican party is at least partly responsible for the riot by promoting baseless claims of election fraud.

The AP-NORC poll also found that Republicans, in particular, have lost faith in the US’s system of government since Trump’s attack on the election results.

In October, 68 percent of GOP supporters said democracy was working at least somewhat well. That figure plummeted to only 36 percent in January.

Confidence in representative government soared among Democrats during that time, rising from 37 percent to 70 percent.

When it came to the 2020 election, about two-thirds of Americans say President Biden was fairly elected, but only a third of Republicans agree.

Seventy percent of Americans polled believe Biden, a Democrat, respects democratic institutions at least a fair amount. However, only 42 percent of Republicans hold that view.

Only 38 percent of responders believed Trump had at least fair respect for government institutions. Notably, 27 percent of Republicans said the former president had little or no respect for the government.

Poll responders can overwhelmingly agree on one thing, however — 80 percent of Americans believe democracy is very or extremely important to the nation’s identity.

Nearly half of Americans also think the country is headed in the right direction, compared to just 20 percent last summer.

AP-NORC polled 1,055 adults between Jan. 28-Feb. 1 using a sample drawn from NORC’s probability-based AmeriSpeak Panel, which is designed to be representative of the US population. There is a 3.8 percentage point error margin.