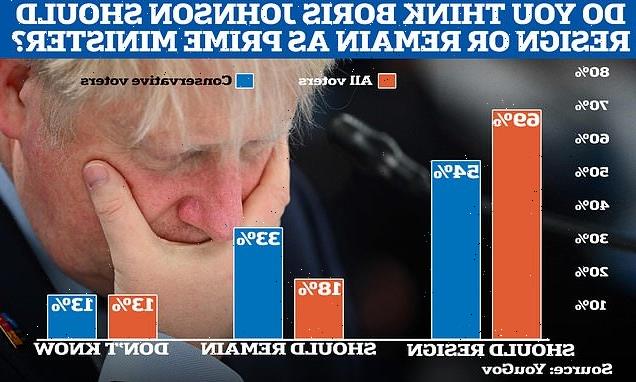 In more bad news for the Prime Minister, it is now the first time in his premiership that Tory voters have been more likely to want to see him go than stay in No 10.

Mr Johnson is fighting for his political life today as rebel MPs try to deliver the fatal blow after the dramatic resignations of Rishi Sunak and Sajid Javid.

The PM is facing a brutal day in the wake of the bombshell departures and a host of other more junior exits, running the gauntlet of PMQs at noon before a three-hour grilling from the powerful Liaison Committee – including some of his fiercest critics.

And it appears that public support for him is also draining away – including amongst Tory voters who previously catapulted him into Downing Street on a Brexit wave three years ago.

A YouGov poll of 3,000 people last night revealed that most 2019 Conservative voters (54%) now also want to see the prime minister resign. And 69 per cent of all voters – more than two out of three – also believe he should fall on his sword.

But despite the public desire to see the prime minister evicted from Number 10, far fewer Britons expect Johnson to go willingly. Just one in five (21%) believe he will resign, up from 7% at the beginning of June. Two thirds (68%) expect him to try and stay. 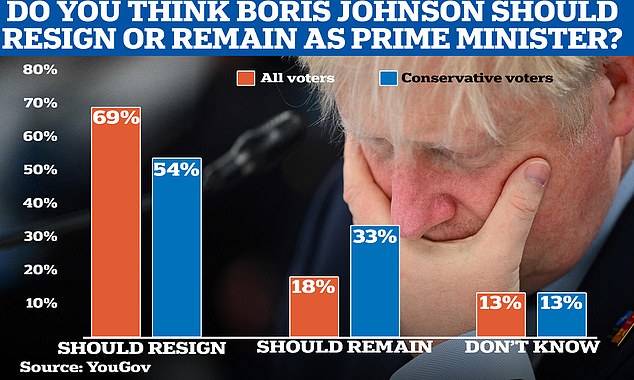 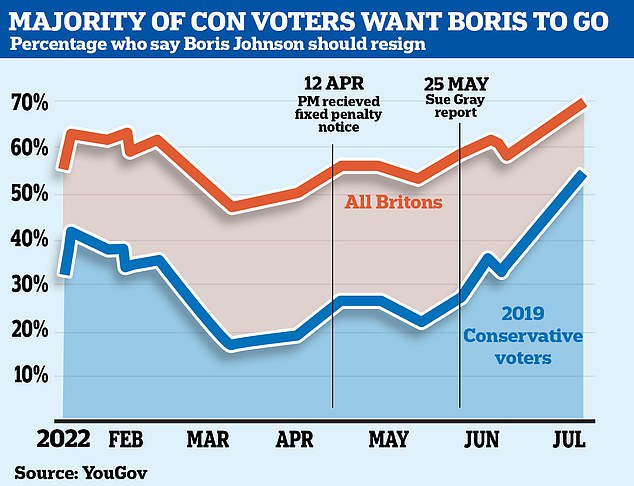 The PM has been hit by scandal after scandal that has seen support from his own party falter. In March fewer that 20 per cent of Conservatives wanted him to go. Now it is more than half 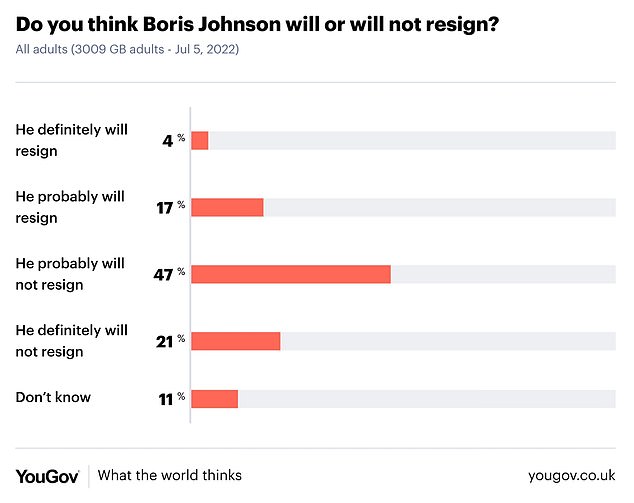 Tellingly the majority of people do not think that Mr Johnson will leave No 10 quietly. Half believe he will not resign 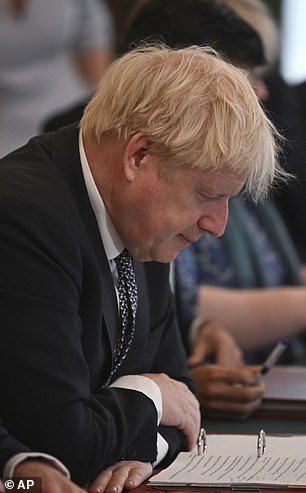 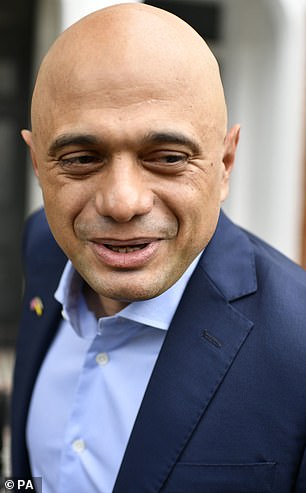 When it comes to Rishi Sunak, most Britons believe the chancellor was right to resign (56%), with Conservative voters tending to agree by 47% to 24%.

Labour has enjoyed a small but consistent lead over the Conservatives in the opinion polls for the past seven months.

The size of the lead has varied, from an average of just three points to as many as 11 points.

Sir Keir Starmer’s party first moved ahead in the polls in early December 2021, around the time stories first began to emerge of Downing Street parties during Covid-19 lockdowns.

Before this point, Labour had spent much of the previous few years trailing well behind the Government.

Based on a seven-day rolling average of all national published polls, Labour’s vote share stood at 39% on July 5, ahead of the Conservatives on 33%, with the Liberal Democrats on 13% and the Greens on 6%. 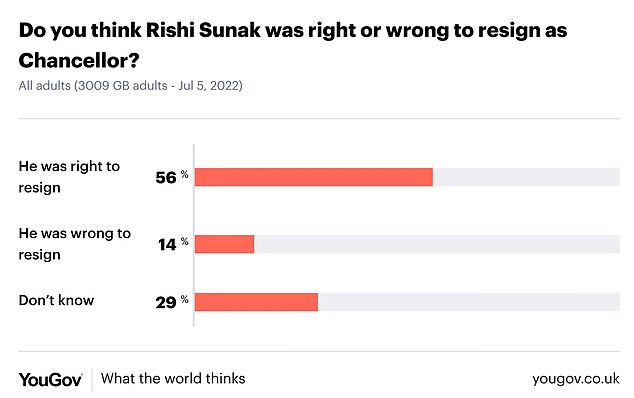 Opinion polls are snapshots of the prevailing public mood, not projections or forecasts.

With the next general election still more than two years away – the latest possible date is January 23 2025 – there is plenty of time for the national numbers to change.

But polls both shape and reflect the prevailing mood of the country, in turn affecting morale among politicians and party members alike.

The news for the Conservatives is equally grim when looking at Boris Johnson’s popularity scores.

The Prime Minister’s net favourability rating – the difference between the proportion of people saying they have a favourable opinion of him and those who have an unfavourable opinion – has been at or near an all-time low since January.

It currently stands at minus 51 points, according to figures compiled by the polling group YouGov.

Boris Johnson has had negative favourability ratings for almost his entire premiership, save for a few weeks in spring 2020 at the start of the Covid-19 pandemic.

It is only in recent months that the score has sunk below minus 40, however.